For the very first time, the symbolist Debussy’s opera is approached from a choreographic perpective by Damien Jalet and Sidi Larbi Cherkaoui in a scenography by Marina Abramovic and costumes by Iris Van Herpen.

Prince Golaud is lost in a forest when he meets a mysterious damsel, weeping by a fountain, who will only tell him that she is fleeing people that hurt her and that her name is Mélisande. Golaud convinces her to marry him and come with him to Allemonde, where his father King Arkel welcomes them to his dark castle in the woods. Poverty and famine are plaguing Allemonde but nobody in the castle is willing to mention the obvious, they are all the victims of trauma and repressed desires. Only in Pelléas, Golaud’s half-brother, does Mélisande find a kindred spirit, as they both share the awareness that there is more to reality than meets the eye. A bitter triangle of relationships takes form between Mélisande and the two brothers.
Maurice Maeterlinck’s 1893 play Pelléas et Mélisande is one of the iconic works of the Symbolist movement, in which so many other Belgian artists like James Ensor, Fernand Khnopff and Georges Rodenbach were preeminent. Claude Debussy was one of the many musicians seduced by the play’s extemporal mystery and asked Maeterlinck to rework the text into a libretto for the only real opera he would ever compose: “I wanted the action to never end, I wanted it to be continuous, uninterrupted. I never consented that my music, for technical reasons, should rush or delay the movements of the characters’ feelings and passions.” The anti-rhetorical nature of Pelléas et Mélisande, always steering clear of any kind of emphasis, made it the flagship of the anti-Wagnerian movement in its time, even if Debussy’s opera is audibly a modernist answer to Tristan and Parsifal.

The staging of this organic and lyric dreampiece brings together two Belgian masters of movement and dance, Sidi Larbi Cherkaoui and Damien Jalet, and the legendary Serbian visual and performance artist Marina Abramović. They make their matter of the uninterrupted cycle of life and its inherent links to the cosmos. Like Debussy in his music, the eschew any kind of illustrative gesture, but here and there cast rays of cosmic light on the invisible energies and the hidden emotions of the characters. Eight dansers express on stage the interiority of the singers’ feelings and forward thinking haute couture designer Iris van Herpen weaves them in unseen webs. It will be up to Jonathan Nott, at the head of the Orchestre de la Suisse Romande, to bring forth the mysterious musical quivering that makes Debussy’s opera so fascinating.
(From Geneva’s opera booklet) 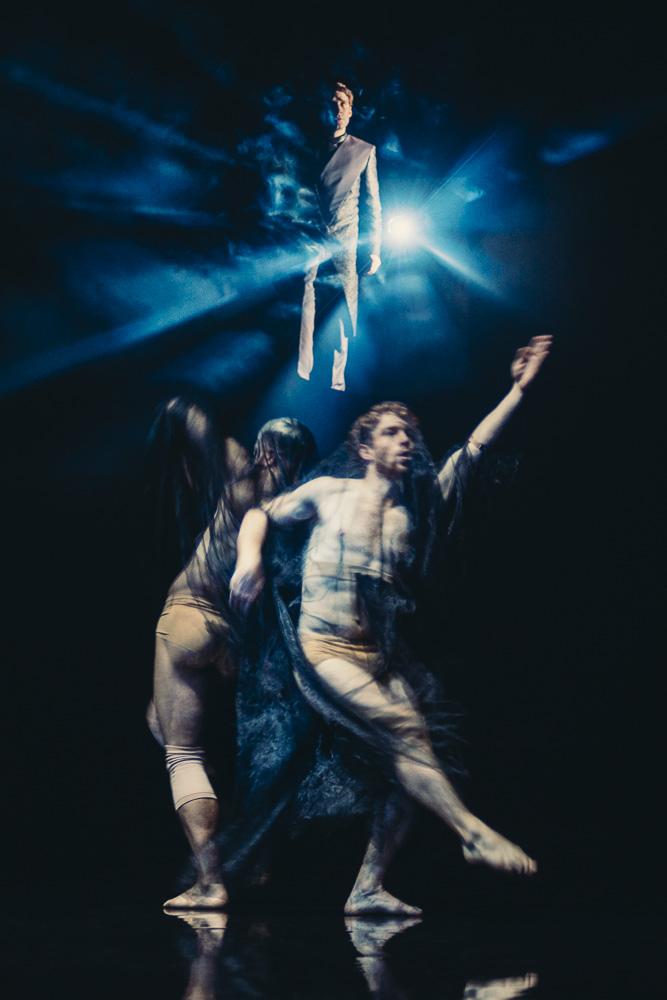 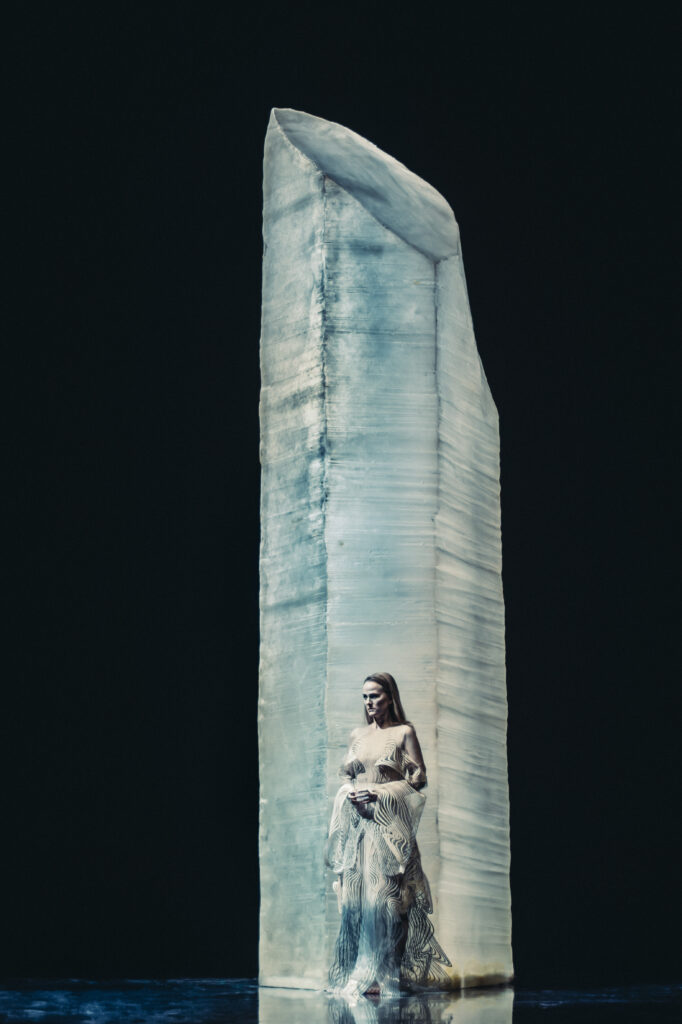 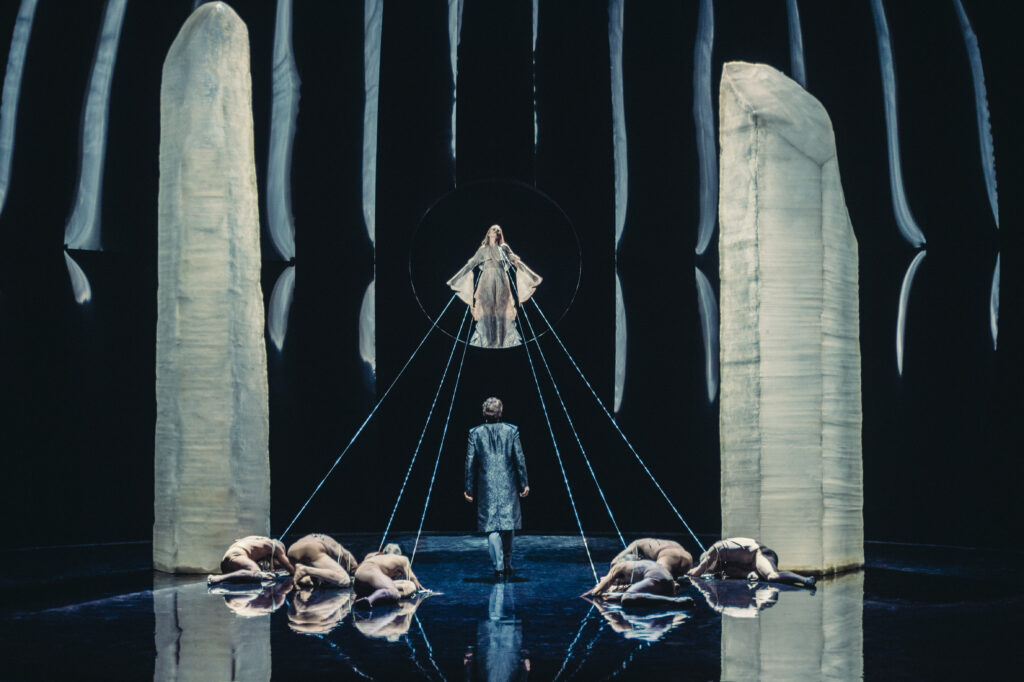 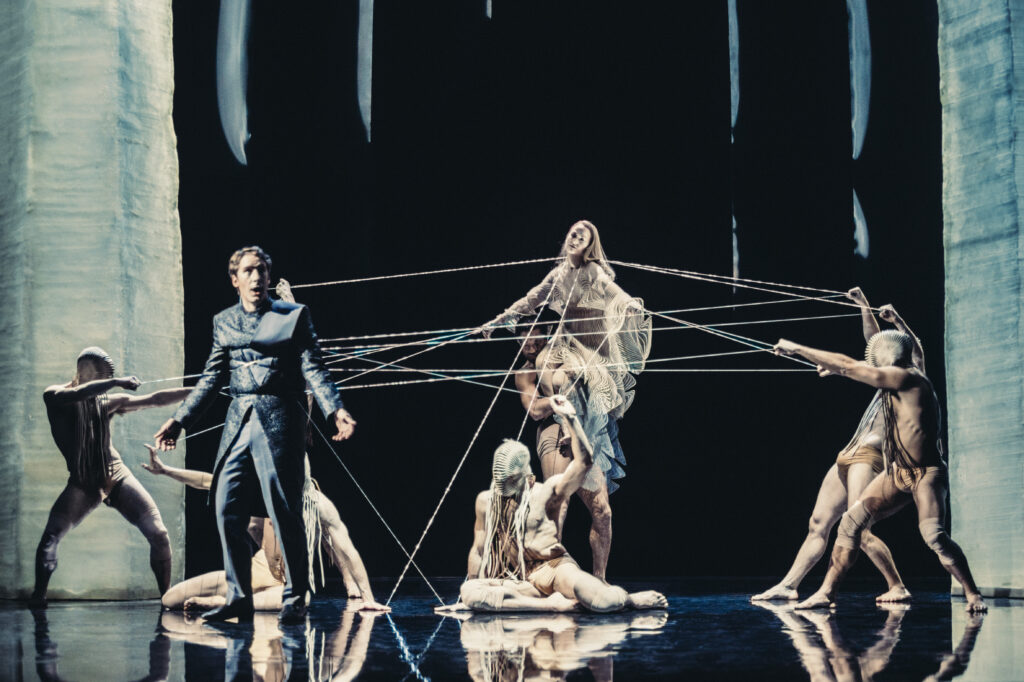 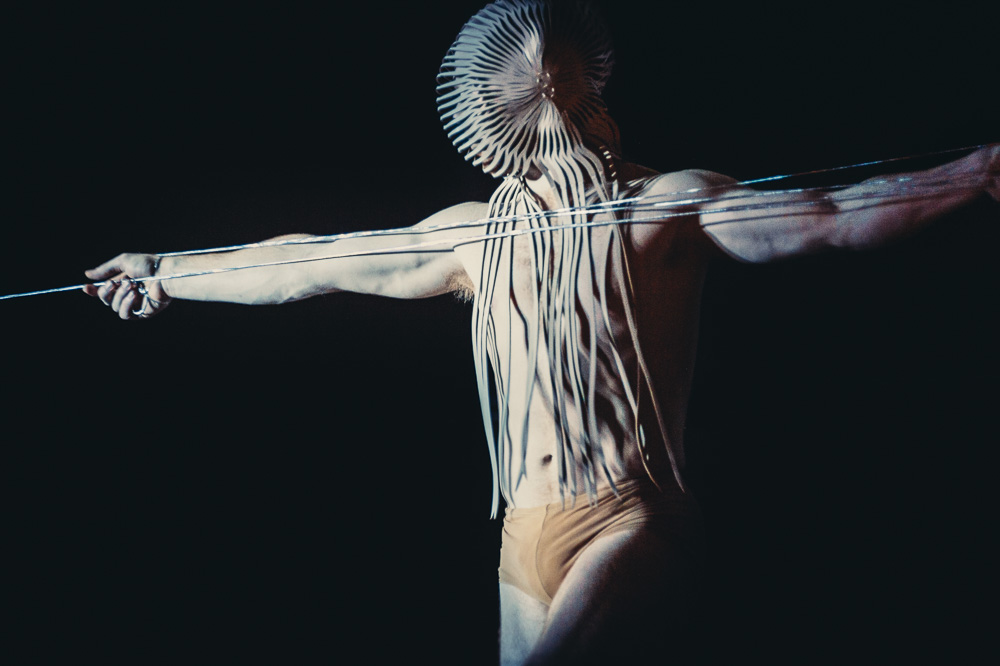 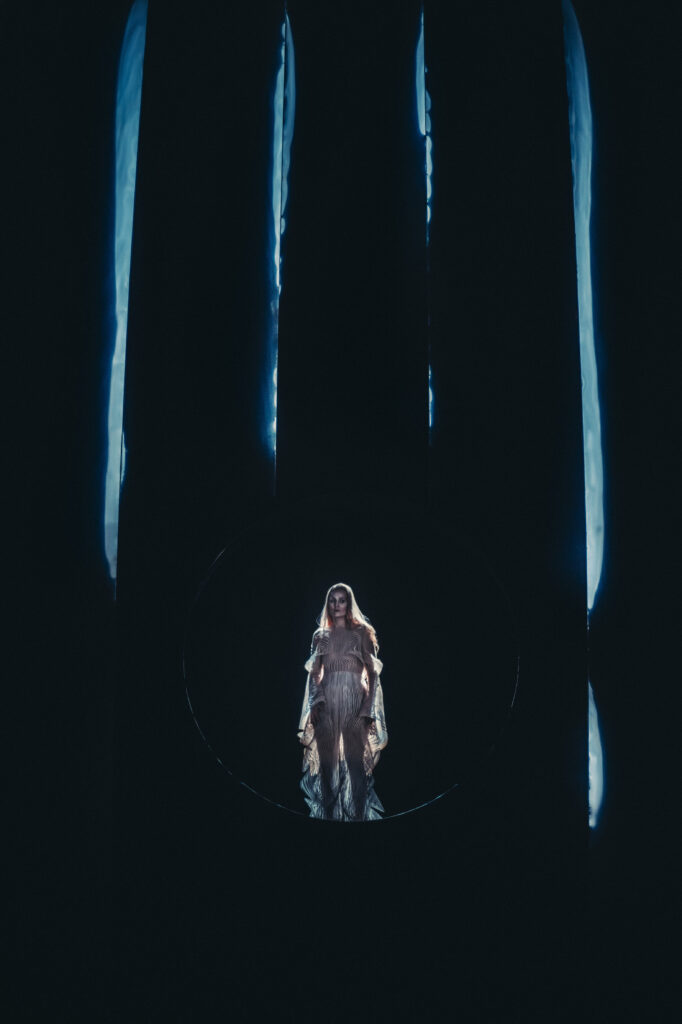 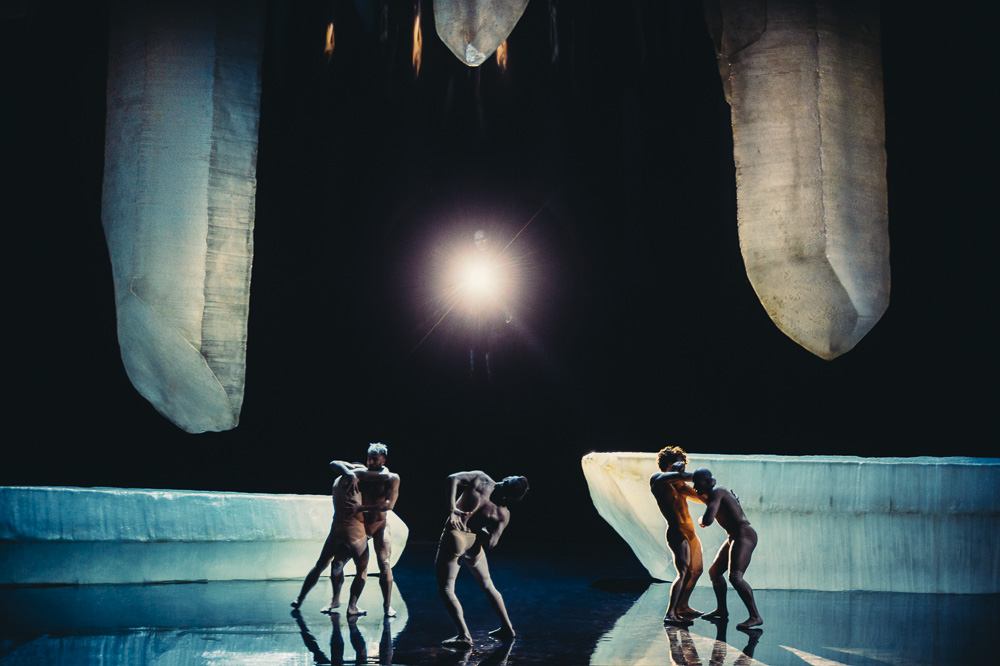 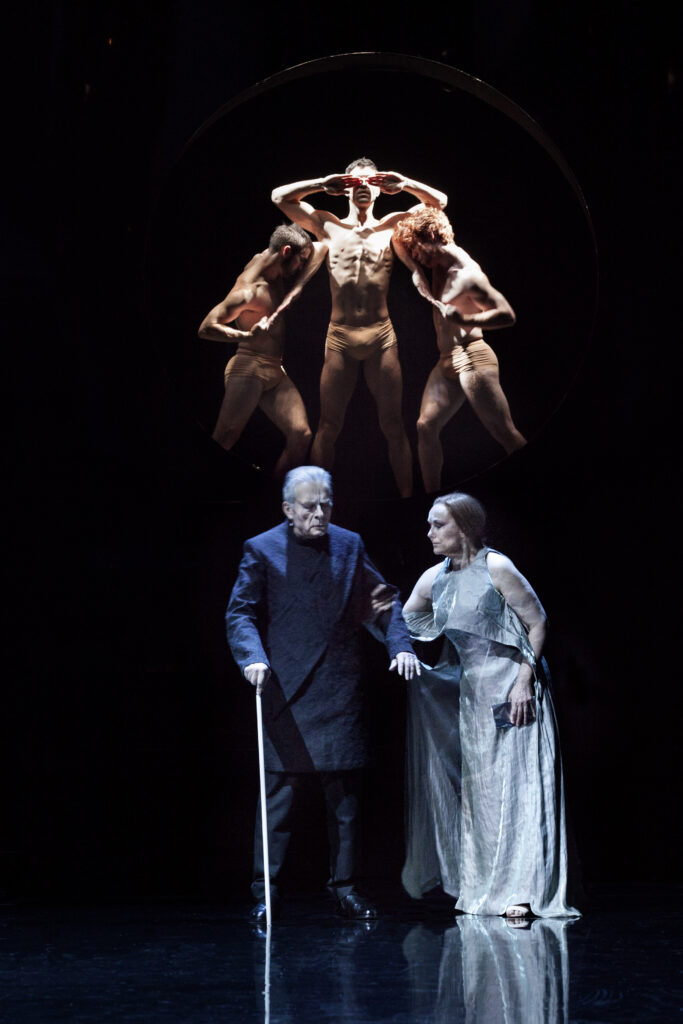 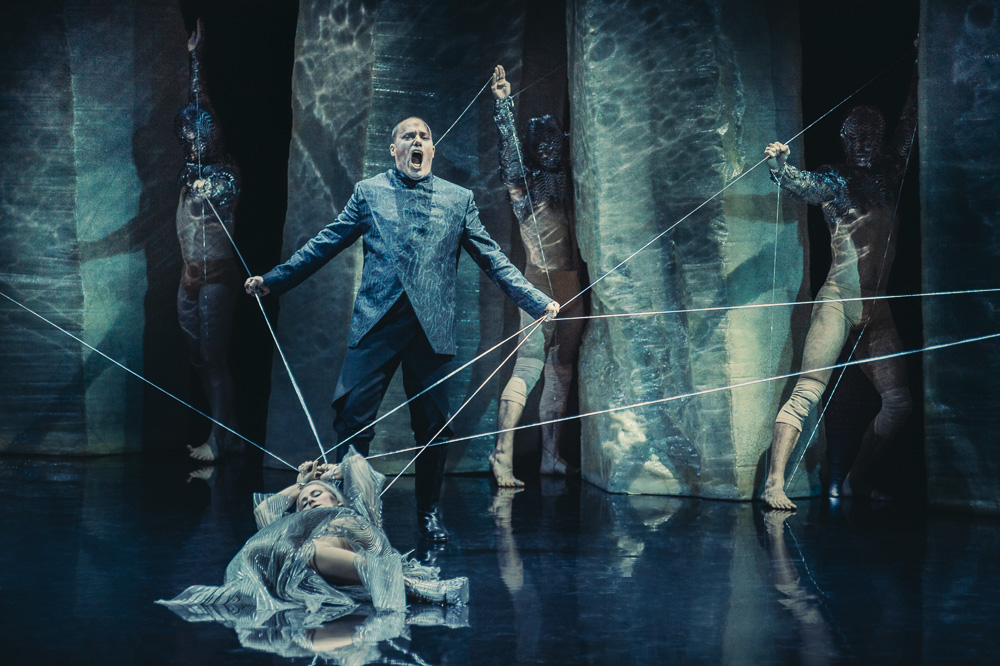 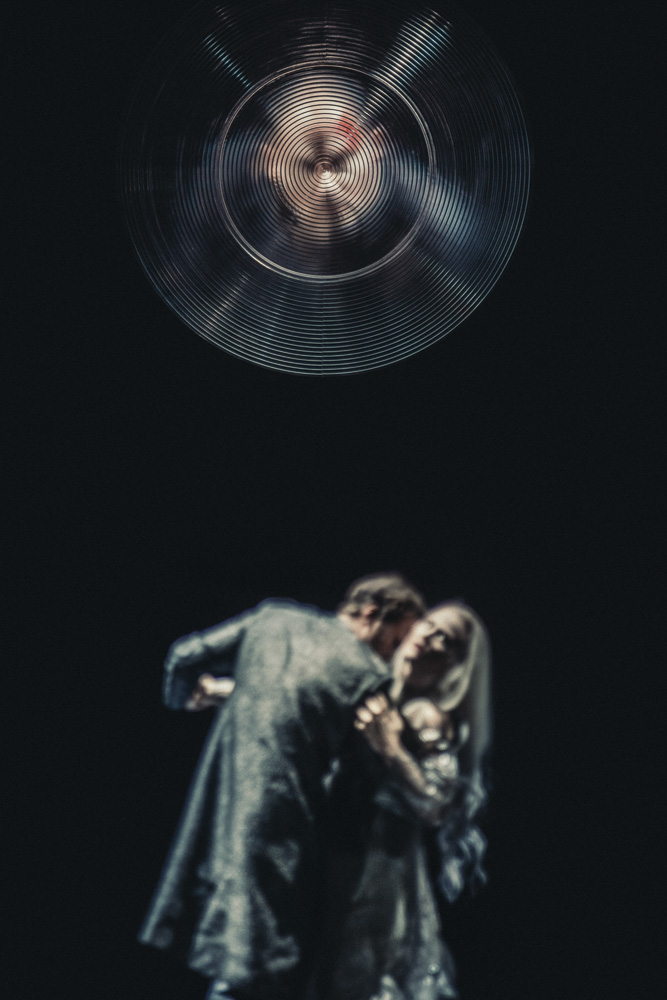 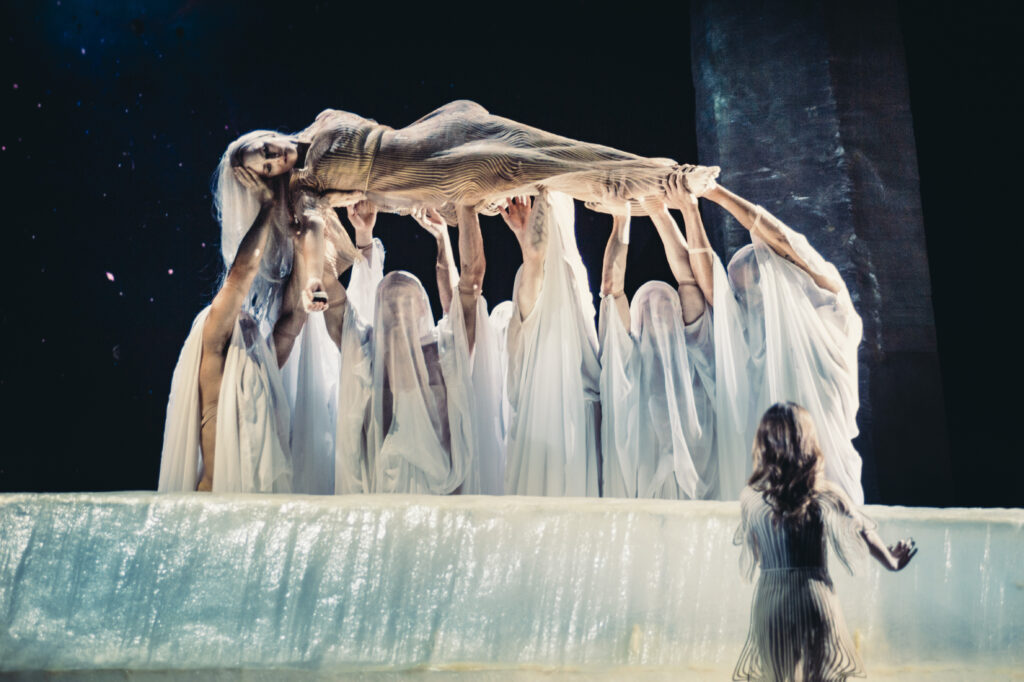 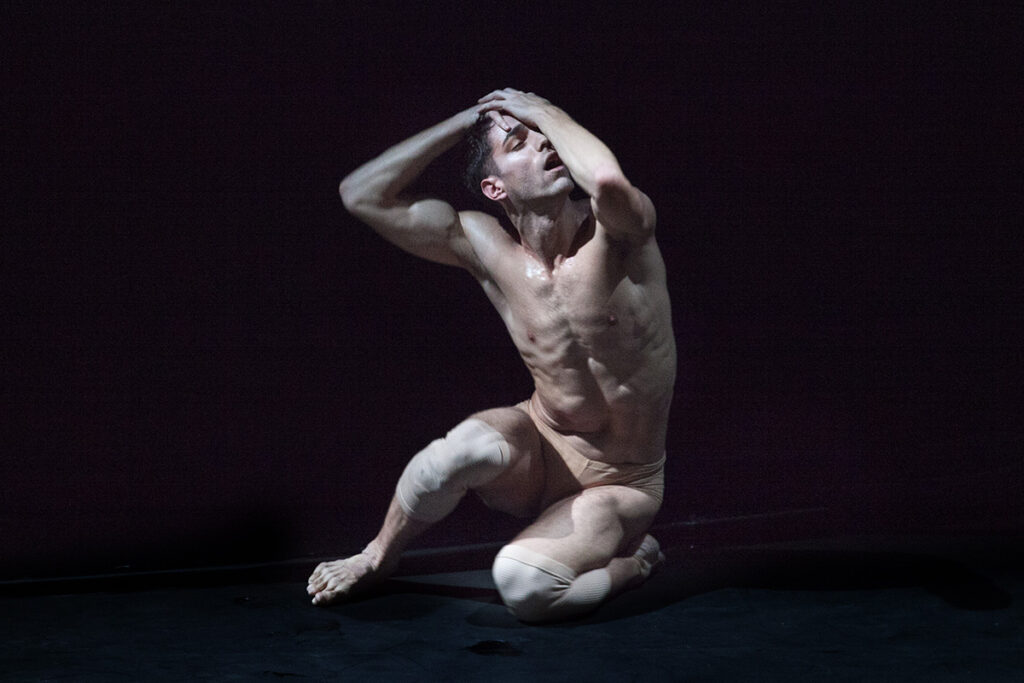 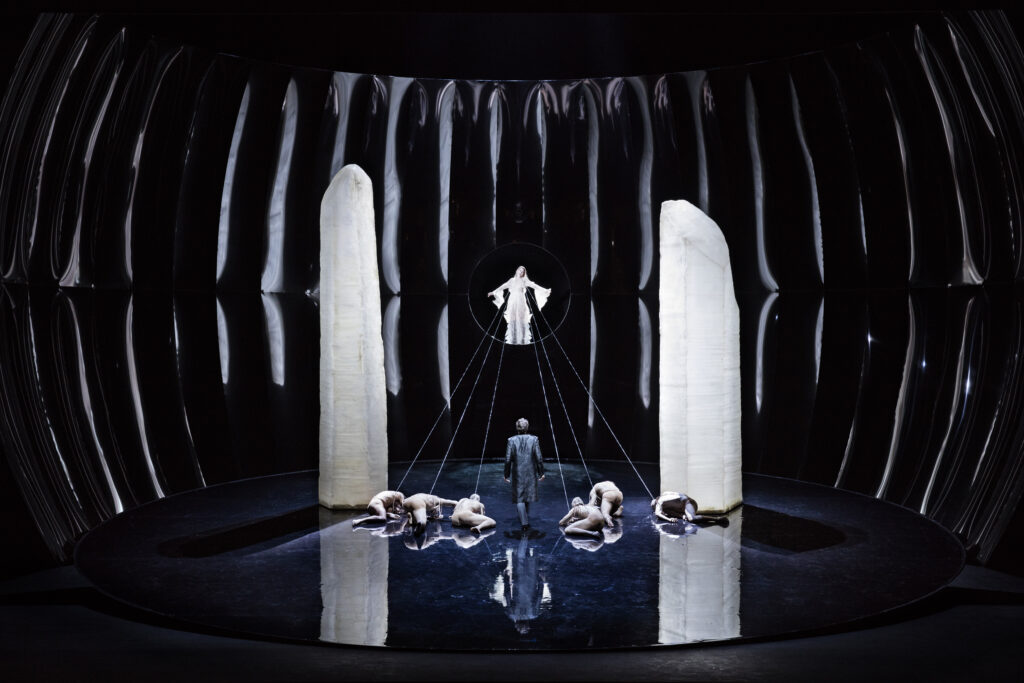 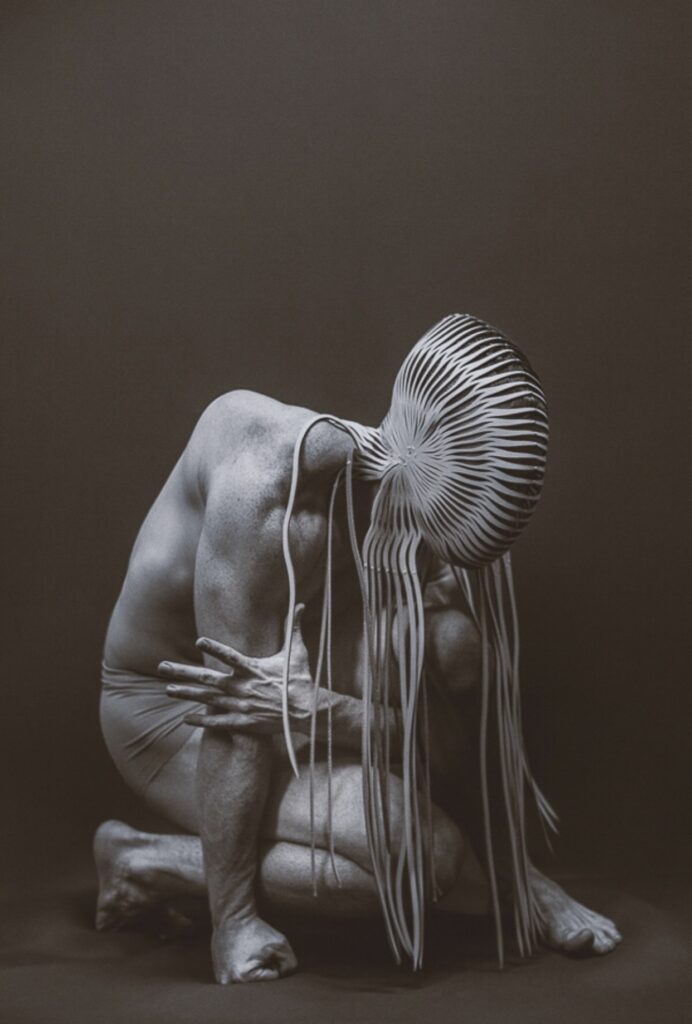 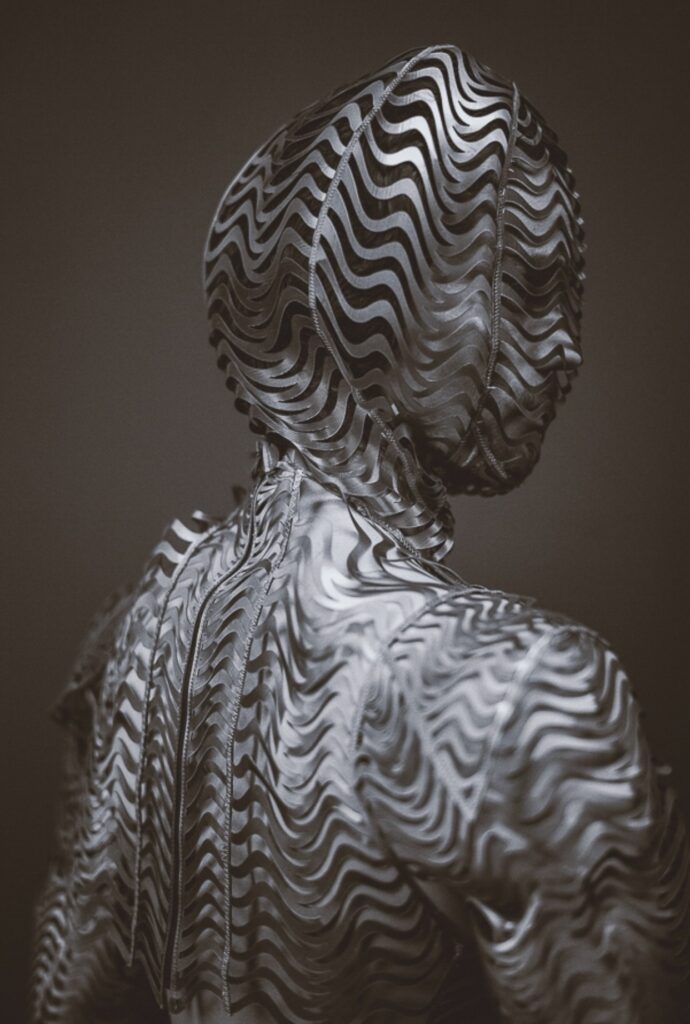 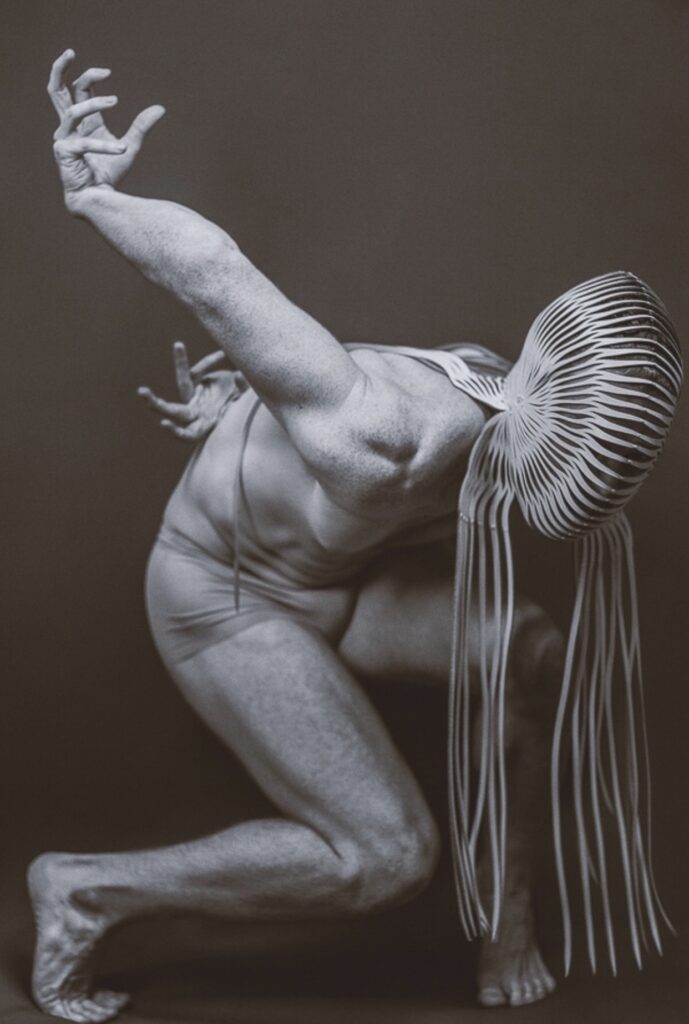 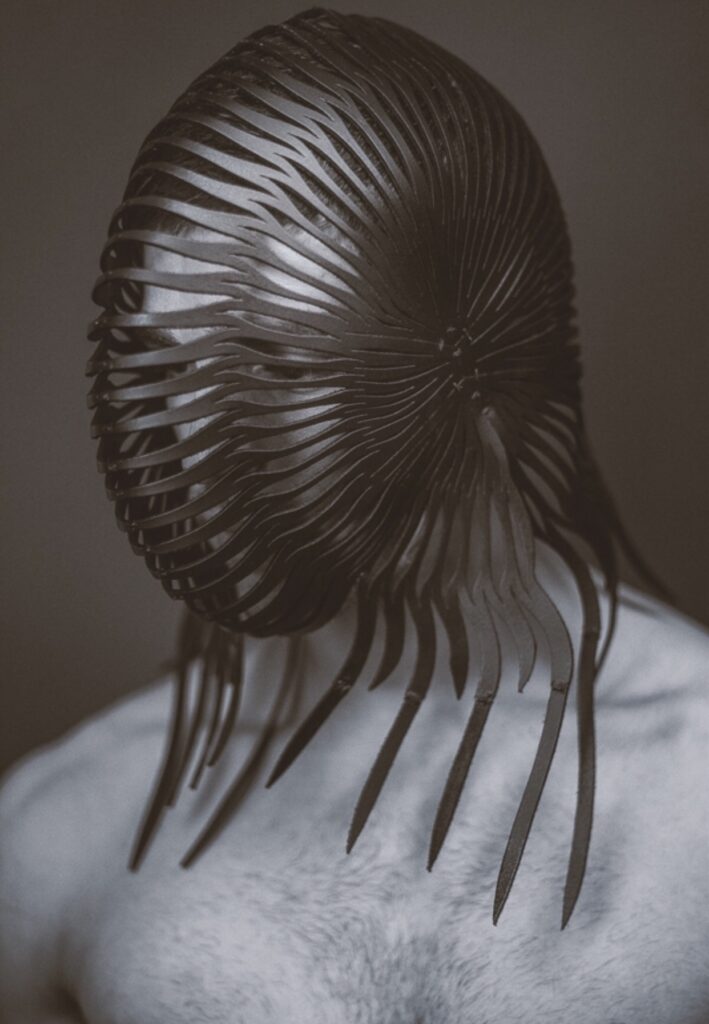 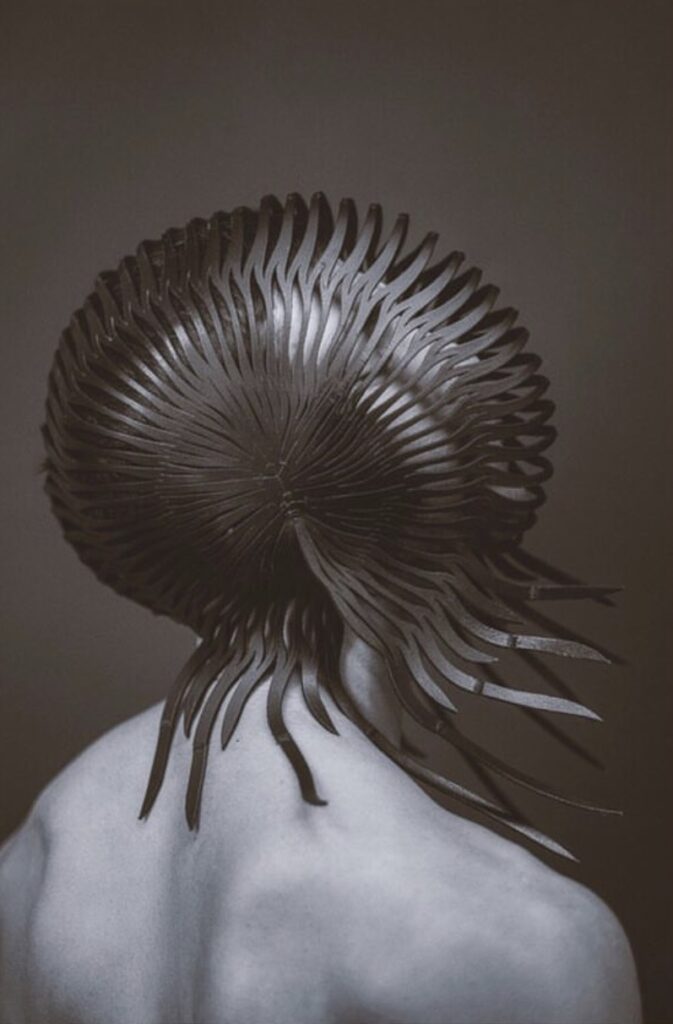 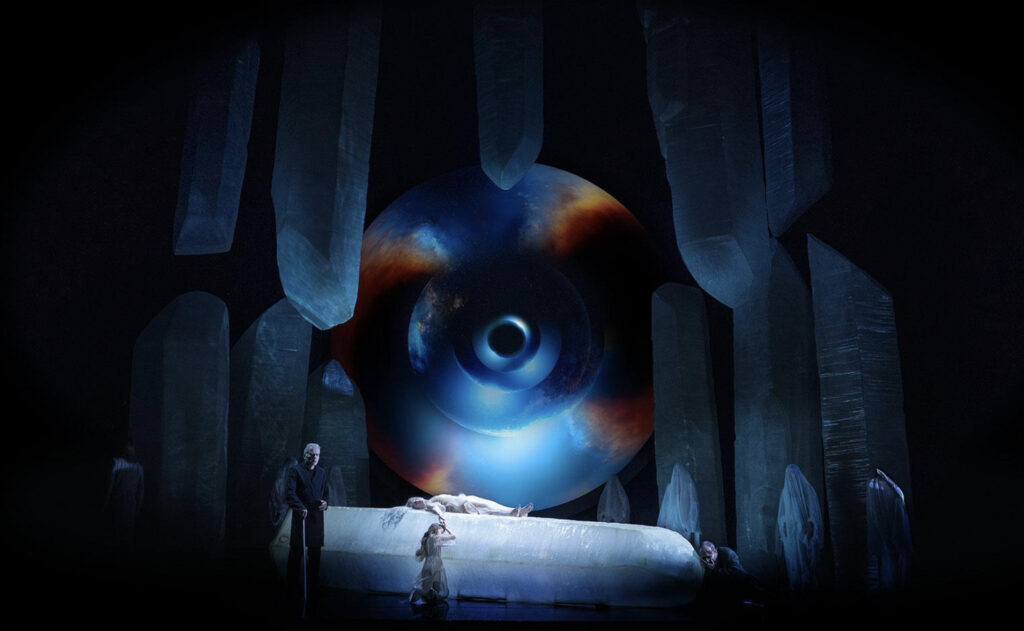 Sensual, total, imagined by a team of shock, dreamlike even in its costumes and carried by musicians and singers of high quality, this Pelléas and Melisande is essential.

A visual triumph. Both the lavish ensembles and the more subtle duets convince, while at the same time the symbolic enigmatic nature of Maeterlinck’s libretto is polished and maintained. Overwhelming.

One of these opera production that you should not miss. It was written in the stars that the new ‘Pelléas et Mélisande’ would not become an ordinary production at Opera Vlaanderen.