Creation of four segments in the very first theatrical tour of Madonna.

As a young teen in Brussels, Damien Jalet, like many queer kids of his generation, was inspired to dance by emulating the works of Madonna, experienced through her music and live concert videos. When Madonna contacted him almost 30 years later, with the offer to choreograph parts of her “Madame X” tour (her first theatrical tour ever) as well as becoming the tour’s creative advisor, it was an offer he couldn’t refuse! Jalet choreographed and conceptualized 4 segments of the show, starting with the show’s opener; “God Control”. Here dancer Alhamalik Williams pays a physical and visceral homage to great revolutionaries including Malcolm X and Martin Luther King, who were murdered for their thoughts and their courage to express them. The work of another great revolutionary; James Baldwin, is visually incorporated into the performance. His words, such as “Artists are here to disturb the peace” are projected on to a scrim, as gunshots attempt to silence the dancer behind the words themselves. Jalet also conceived both “Extreme Occident”, where Madonna seems lost in a moving labyrinth, as well as the “Rescue Me/Breathwork” section where dancers form a line at stage front to perform an intricate piece based on a complex score of inhales and exhales. This section leads audience members to “Frozen”, (unanimously described as the highlight of the entire show) where Madonna, in an austere black gown, performs her 1998 hit behind a scrim on which is projected a dramatic black and white film of a dance performed by her eldest daughter Lourdes Leon. The work, which was filmed by the creative duo of Luigi and Lango, presents Lourdes as a shape-shifting spirit who finds her freedom through her movements. The show premiered the 17th of September 2019 at Brooklyn Academy of Music, New York and toured select US cities, as well as select European cities including Lisbon, London, and ended in Paris March of 2020. 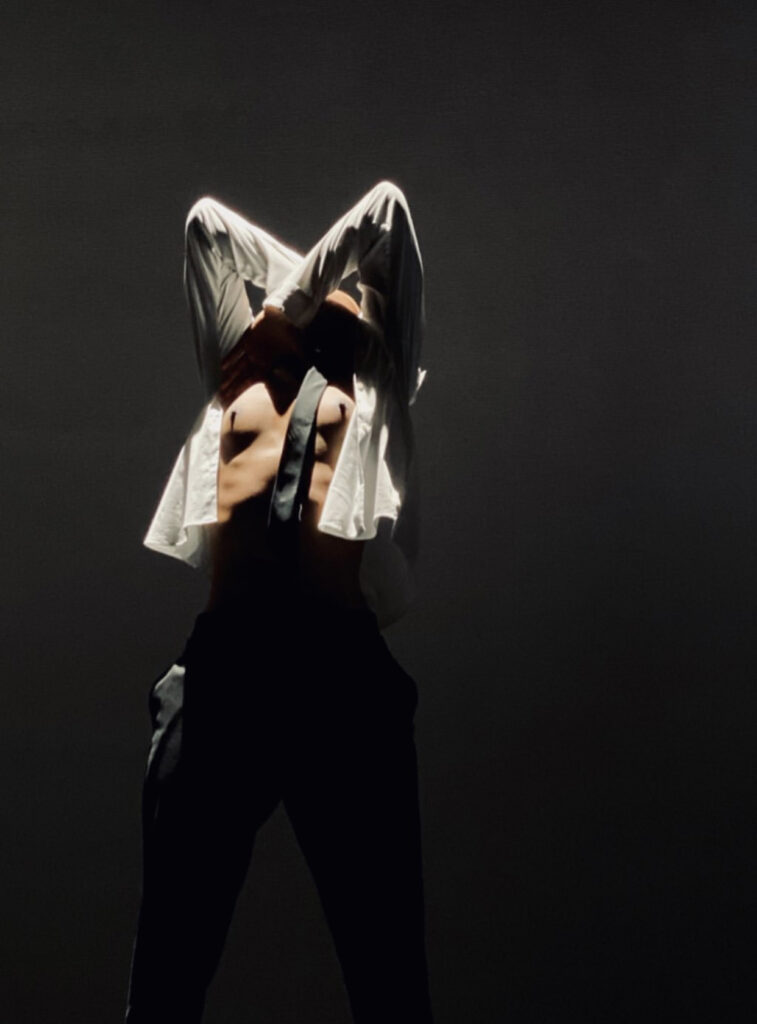 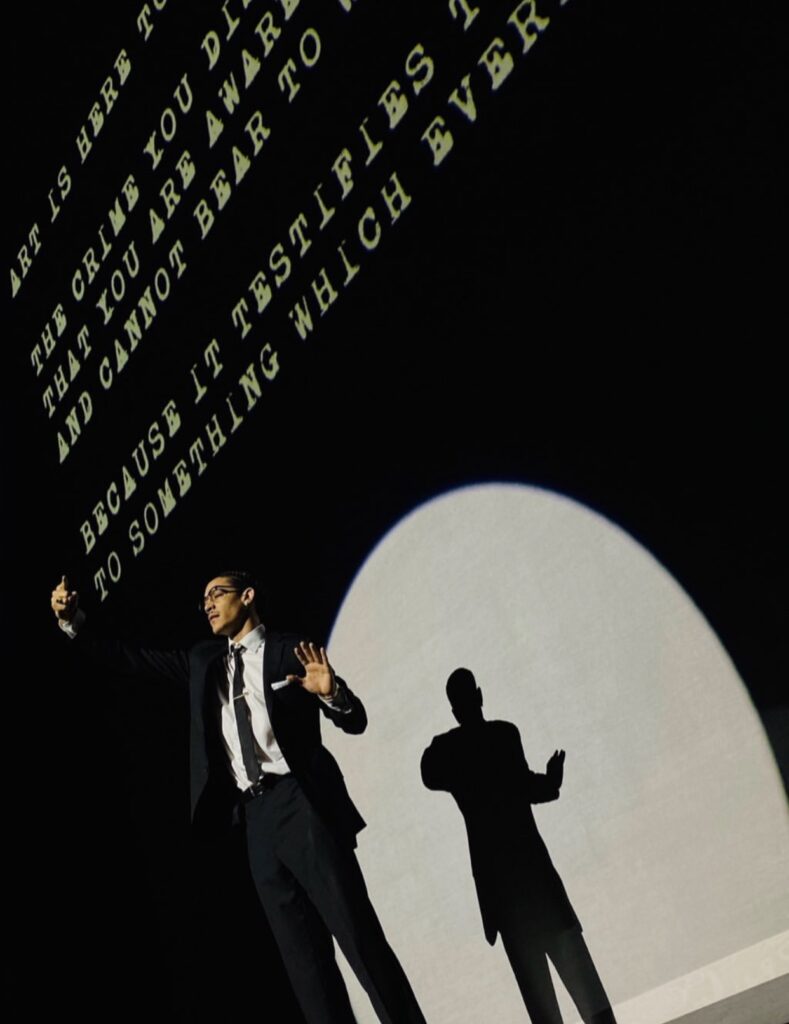 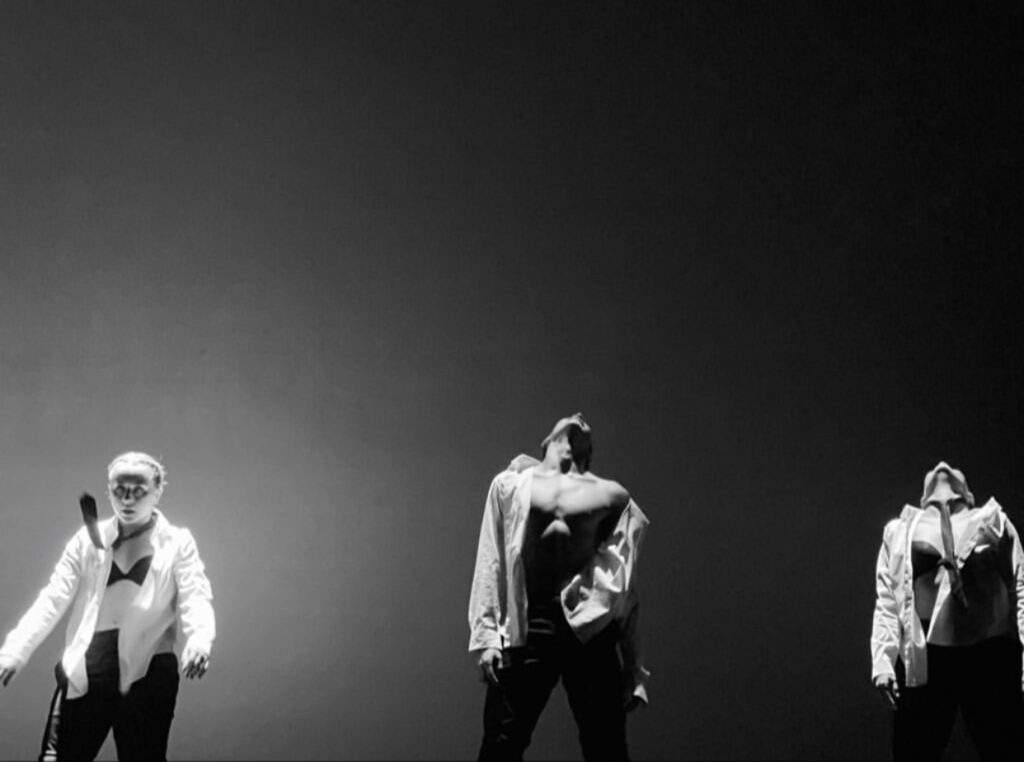 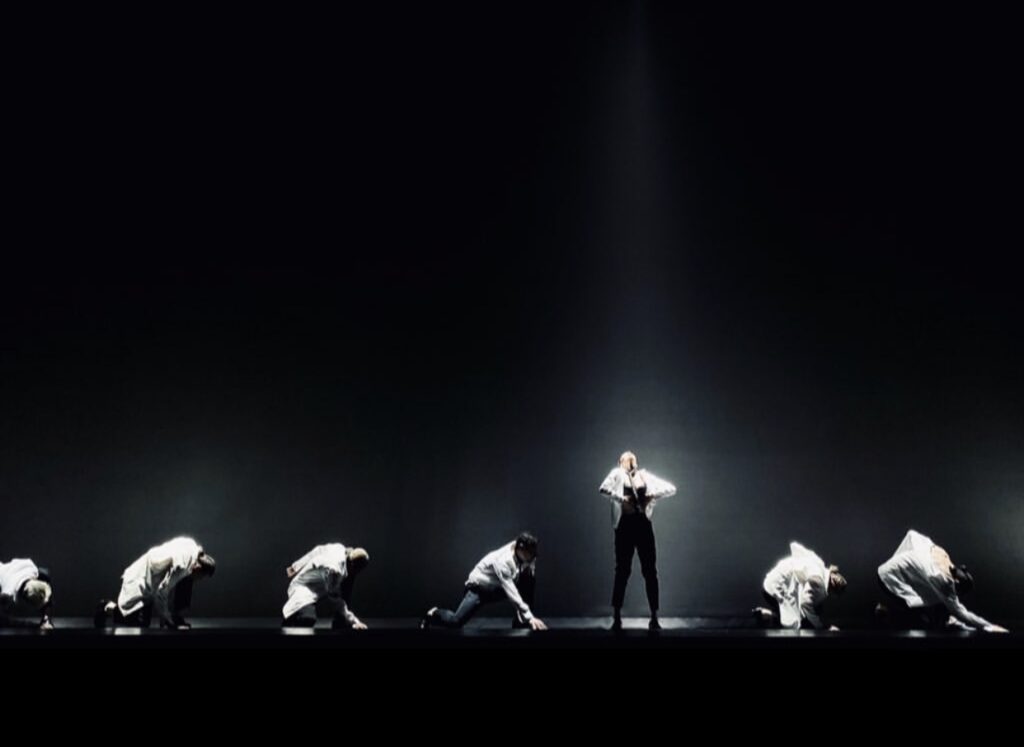 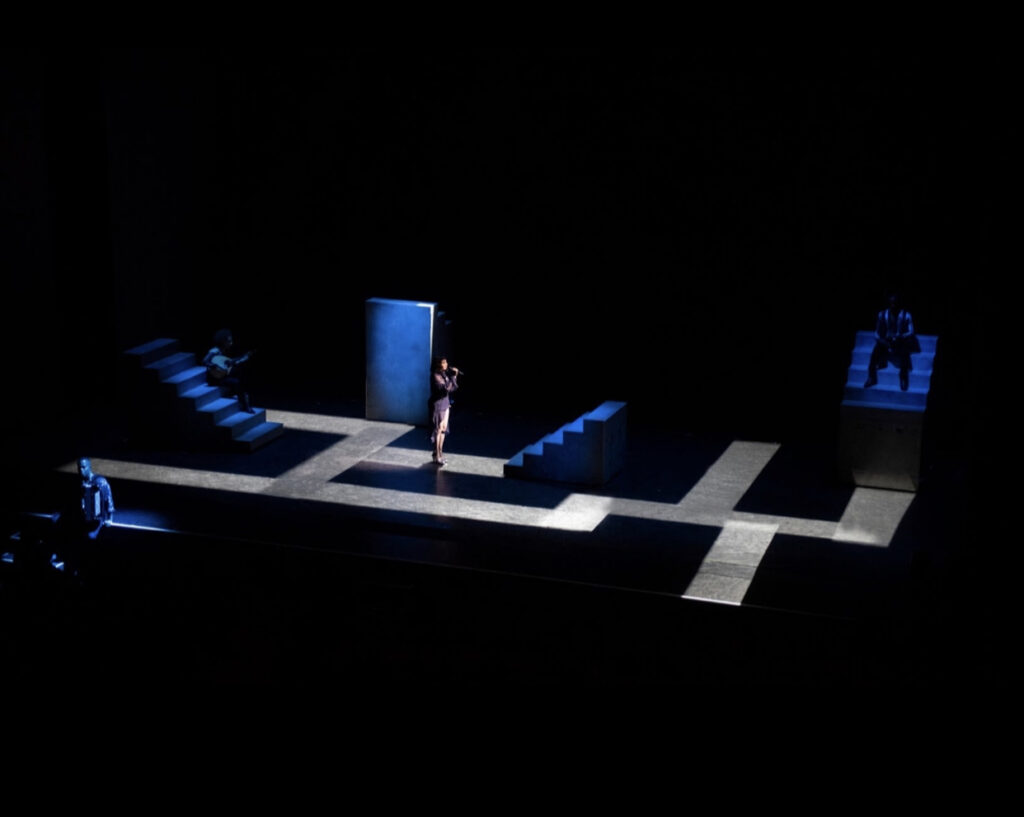 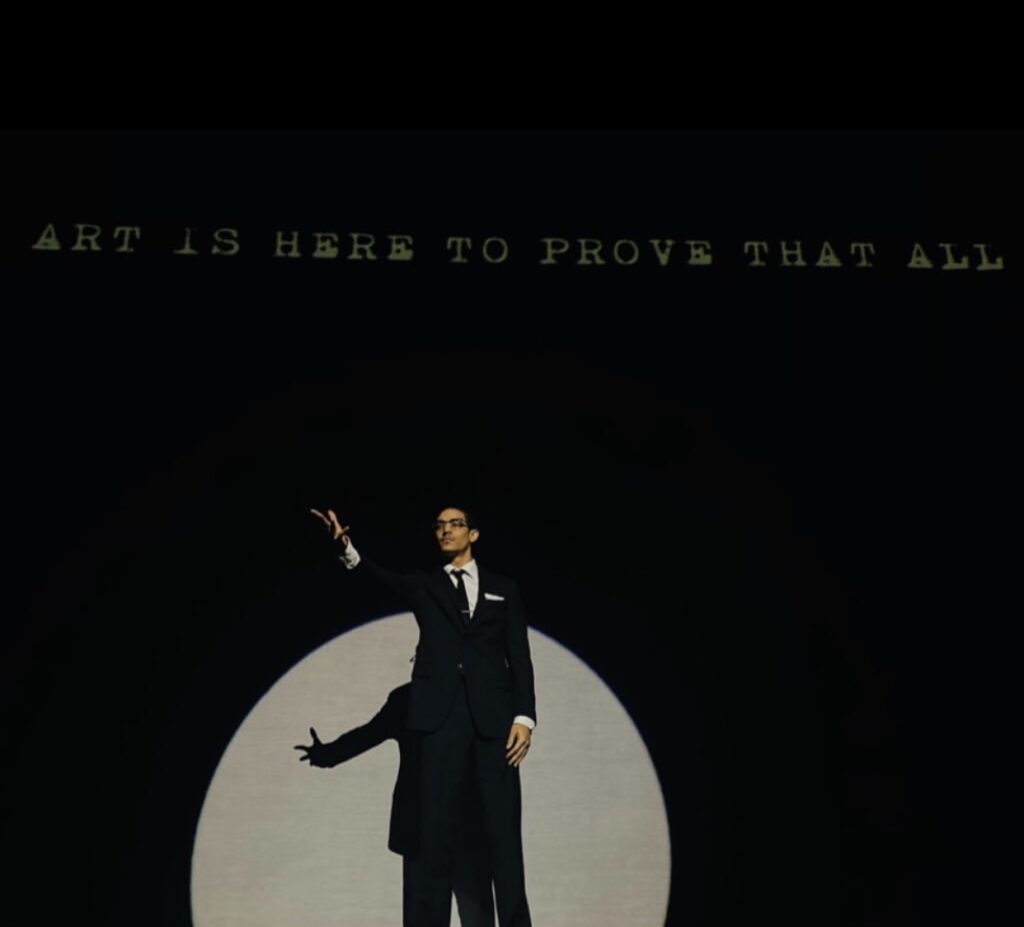 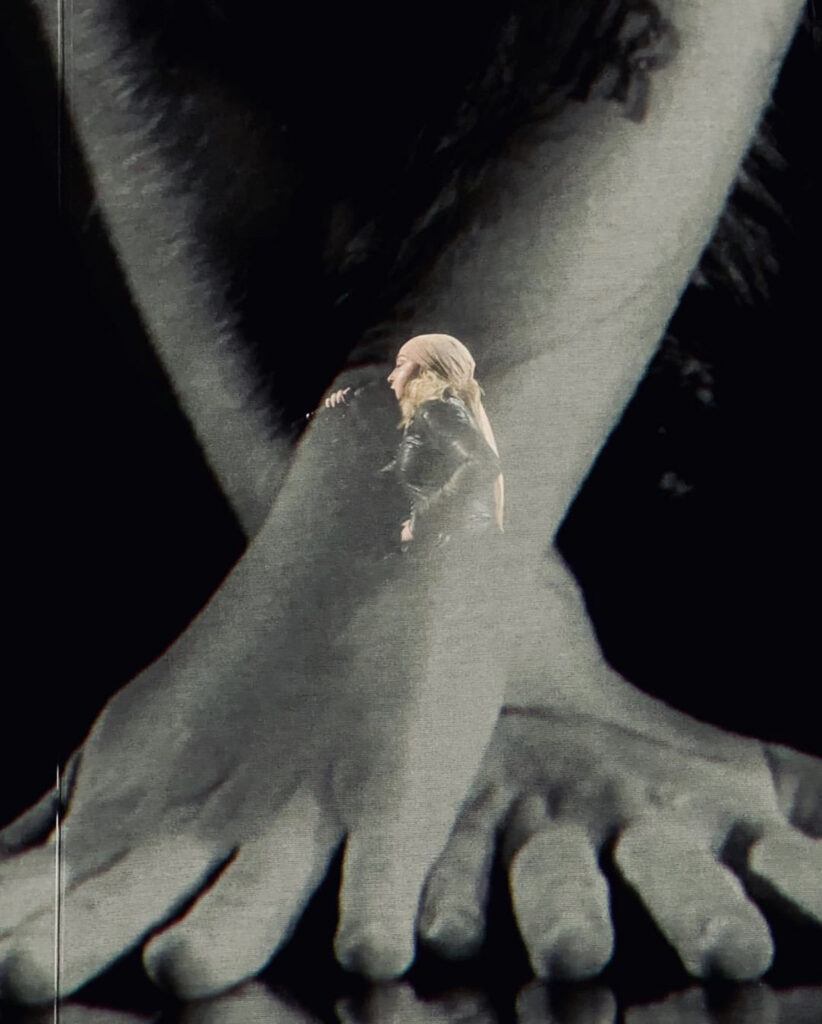 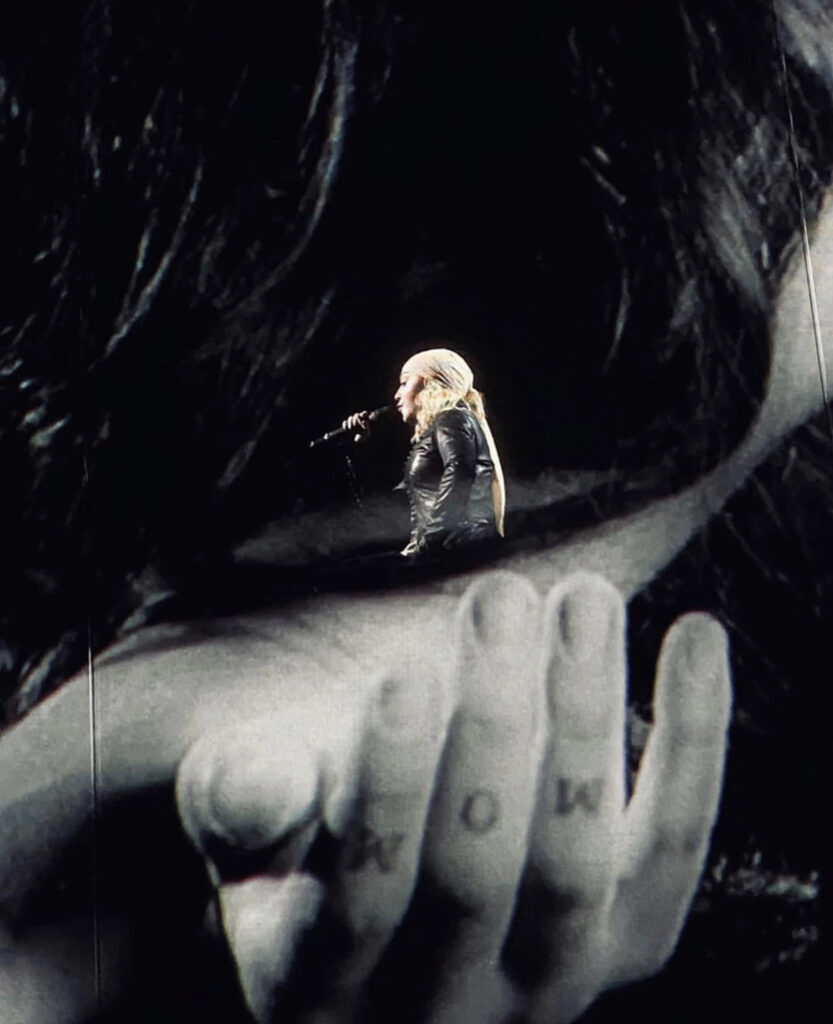 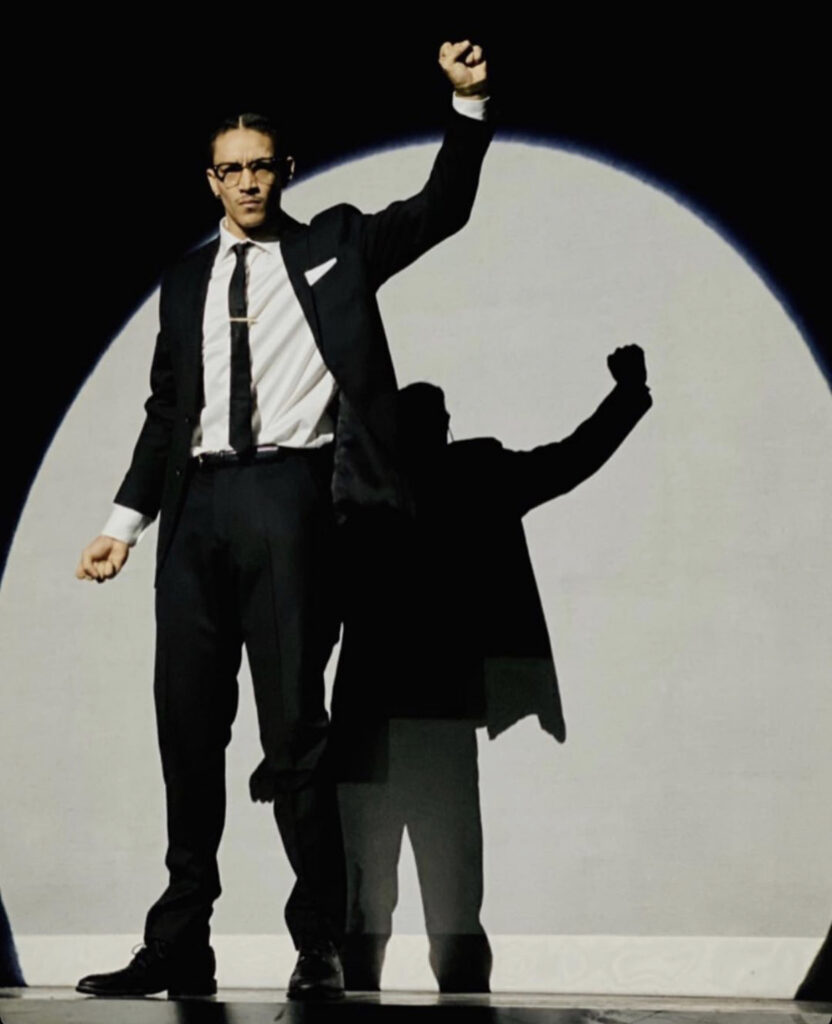 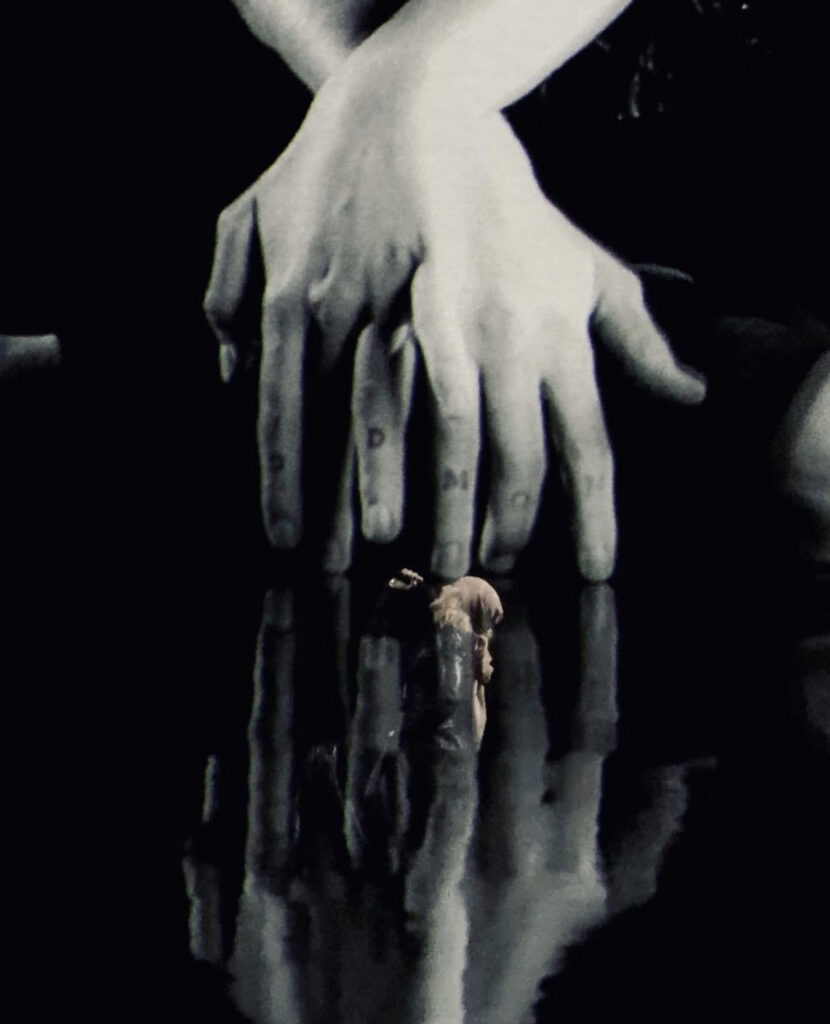 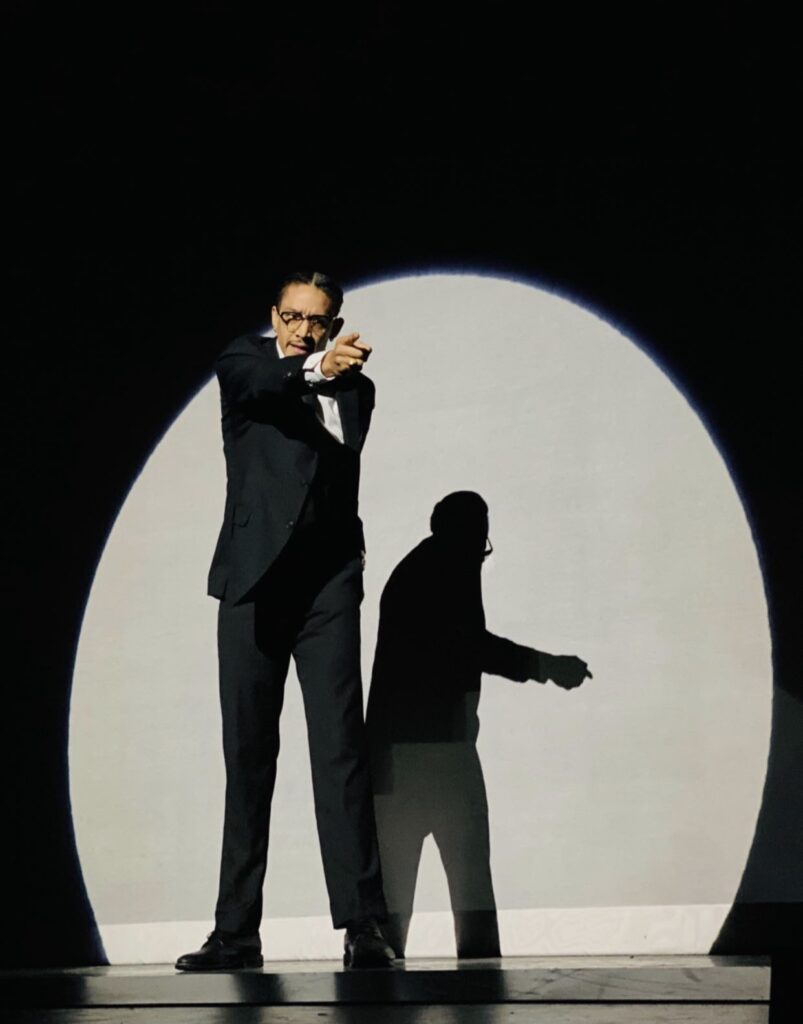 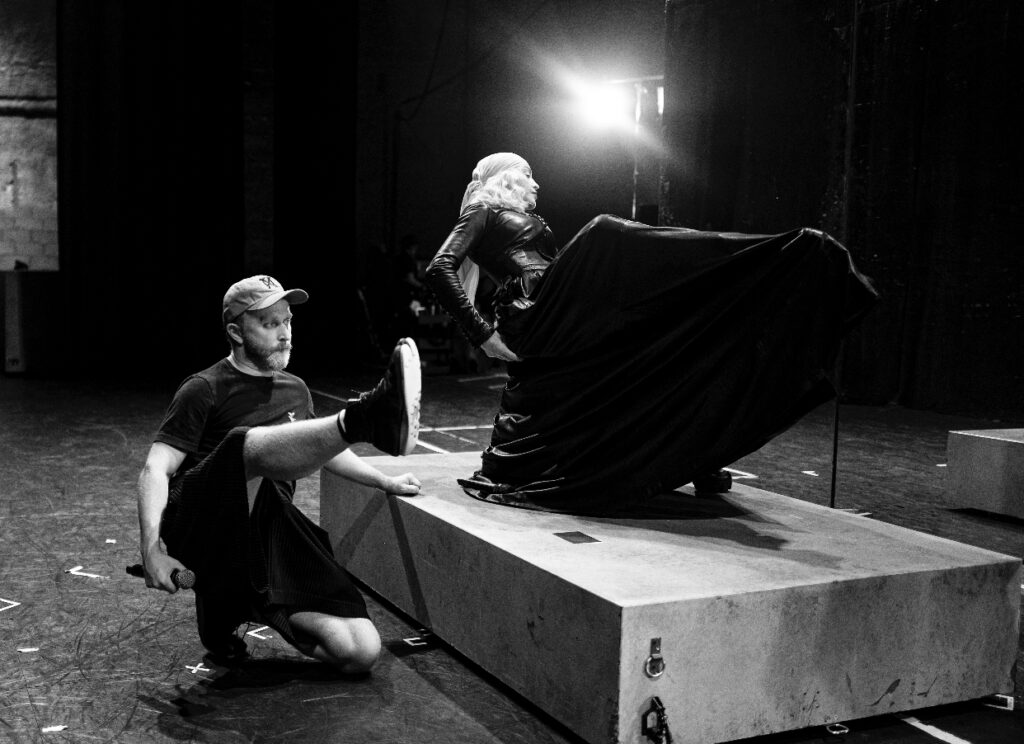 In her music, she doesn’t often offer glimpses of sadness or pain, always seeming more authentic when she’s fighting back against that pain, or dancing through it. Though tonight there is one moment of near-vulnerability, when she performs a truly moving version of the song “Frozen”. The staging is suddenly dominated by huge, full-screen images of her daughter, while Madonna is picked out by a spotlight mid-stage, so that she seems to be held aloft, cradled by her dancing daughter. They are entwined, and it’s beautiful, and a moment of rare simplicity.

Tracey Thorn (Everything but The Girl) The New Statesman

The concert’s unquestioned showstopper was “Frozen,” a somber ballad from the 1998 album “Ray of Light” that offers healing: “If I could melt your heart, we’d never be apart.” Madonna appeared as a tiny figure onstage, surrounded by giant video projections of a dancer moving from a self-protective clutch to a tentative, then joyful unfurling and back. It was her oldest daughter, Lourdes, affirming the family connection in movement.
The singer wasn’t onstage for one of the most powerful dance moments, a break between acts when a row of performers convulsed gracefully at the lip of the stage to irregular breaths, set to a recording of Madonna intoning lyrics from Rescue Me.

Later in the show, eldest daughter Lourdes arrived for the highlight of the evening, dwarfing even her mother. Well, only literally speaking. While stark, three-story-high footage of Lourdes dancing played on a translucent screen in front of her, Madonna delivered a soul-scraping rendition of her 1998 classic “Frozen”. Seeing the Queen of Pop, illuminated by a pinprick of light, engulfed in her daughter’s dancing was a visually stunning moment in an evening full of them.

Little mentioned in gig reports thus far is the excellent lighting work and shadow-play, particularly when shadowy hands assail Madonna in her circular nook. Dancers frequently carry a star’s costume change interlude, but the section tonight when nine dancers spasm to some beats created out of gasps was so intense you wish it had gone on longer.The use of images of the typewritten word is trenchant throughout. A long intro repeatedly hammers the words of US writer James Baldwin into the consciousness: “Art is here to prove that safety is an illusion.” The letters clack out, resembling pistol cracks, and a rubber-boned dancer falls repeatedly to the ground as more gunshots ring out. The beats of the letters become the percussion to songs.