A choreographic parcours in Vigeland museum by Damien Jalet and Erna Omarsdottir.

Every dance is the result of an opposition, Icelandic choreographer Erna Omarsdottir and French/belgian Damien Jalet have fueled their collaborations with many of them. For few years they have been addressing their common obsessions in a fusing choreographic exploration, and they have been exploring as well their personal approaches of similar themes in their own solo works.

Investing the Vigland museum , they echo here through a series of short and visceral pieces , the conflicting nature present in the work of the sculptor as an attempt to transcend its inherent duality.

DuEls is a journey through the Vigeland Museum by Belgian and French choreographer Damien Jalet and Erna Omarsdottir from Iceland. The works are performed by dancers from Nagelhus Schia Productions and Iceland Dance Company, to music by Radiohead’s Thom Yorke, among others.
Jalet and Omarsdottir have collaborated on several previous occasions, including the work Black Marrow, choreographed for the Australian company Chunky Move and shown at the Melbourne International Festival in 2009, and transaquania-out of the blue (2009) and transaquania-into thin air (2010) for Iceland Dance Company, shown at the Blue Lagoon in Iceland and City Theater in Reykjavik respectively.
DuEls contains both new and previous works, including an unforgettable scene from Black Marrow and pieces that have previously been performed in the spectacular halls of the Louvre, where they resonated with the historical sculptures and artworks. Jalet’s iconic dance scene Volk from the remake of Dario Argentos Suspiria (2018, directed by Luca Guadagnino) is also shown live here for the first time – with the original costumes from the film.

Duels was premiered in February 2020 at Vigeland Museum, Oslo. 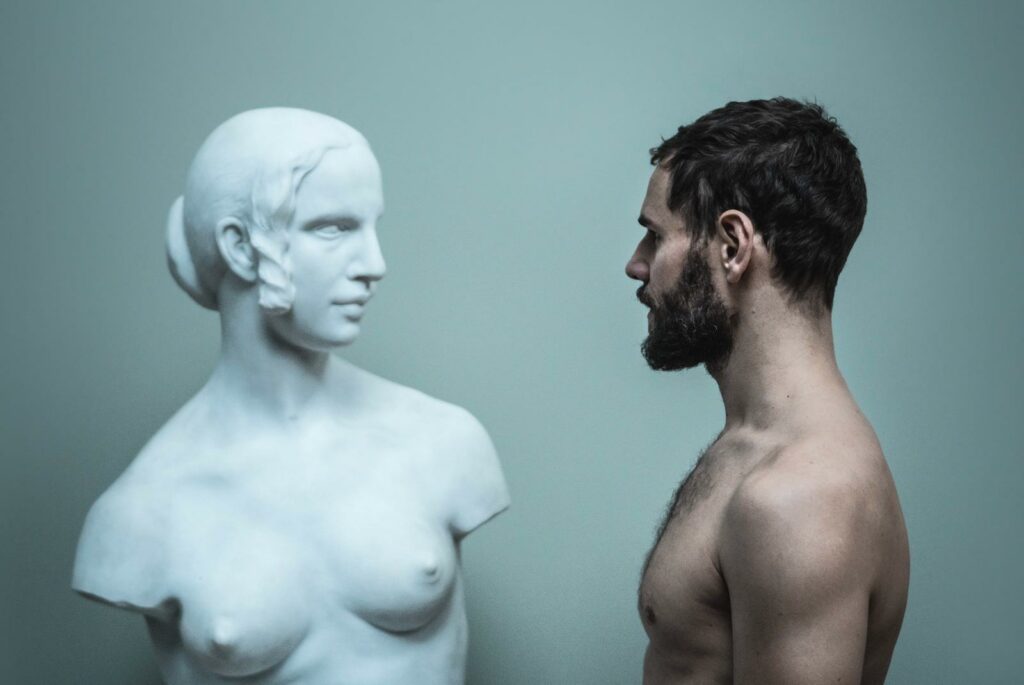 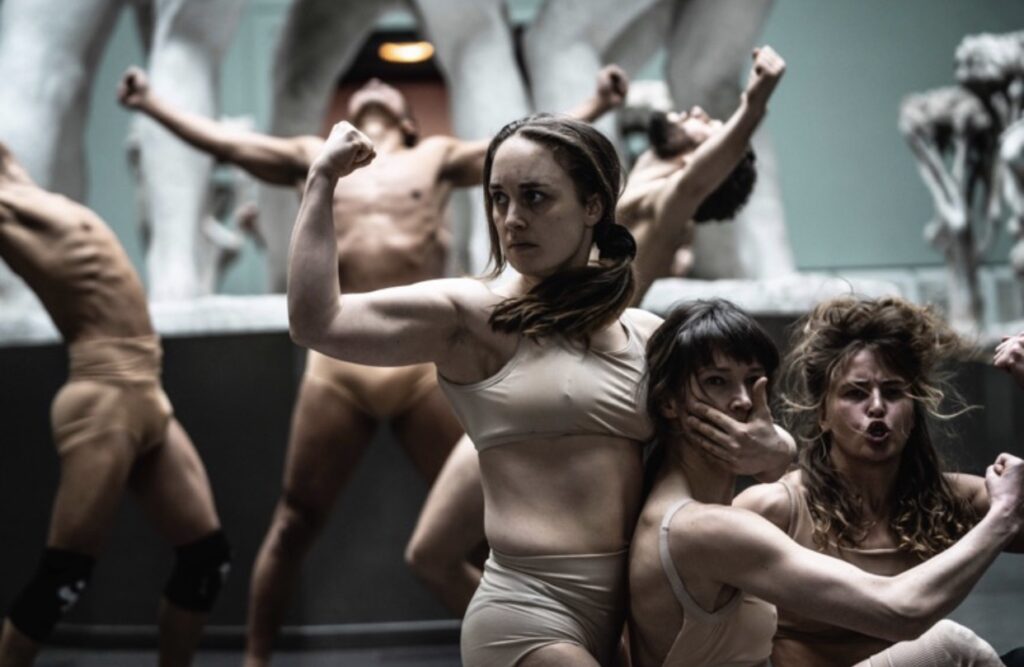 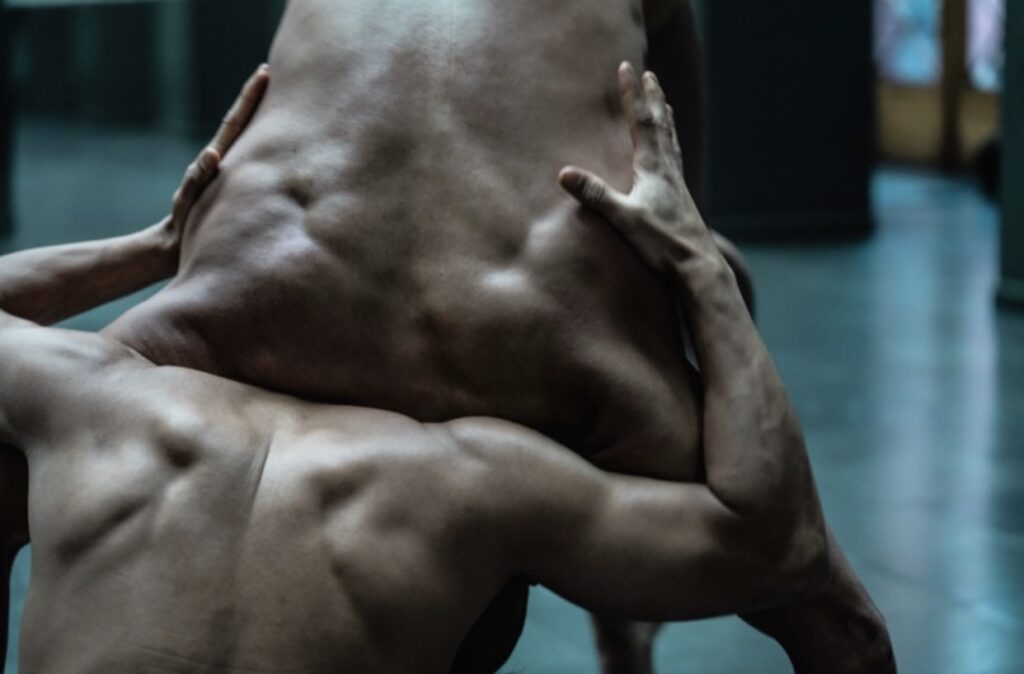 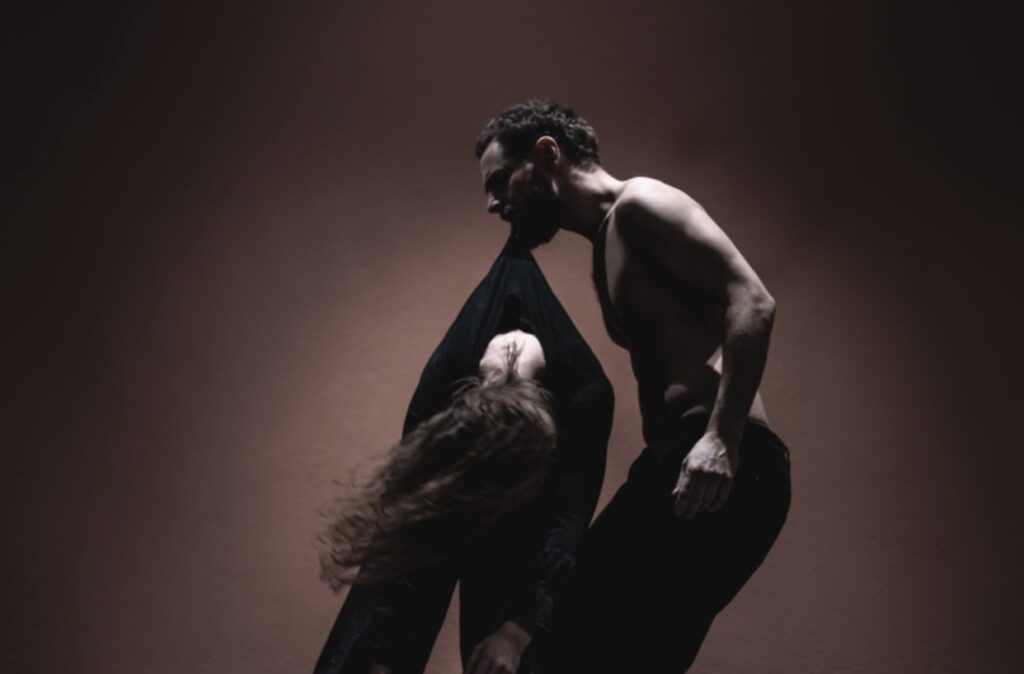 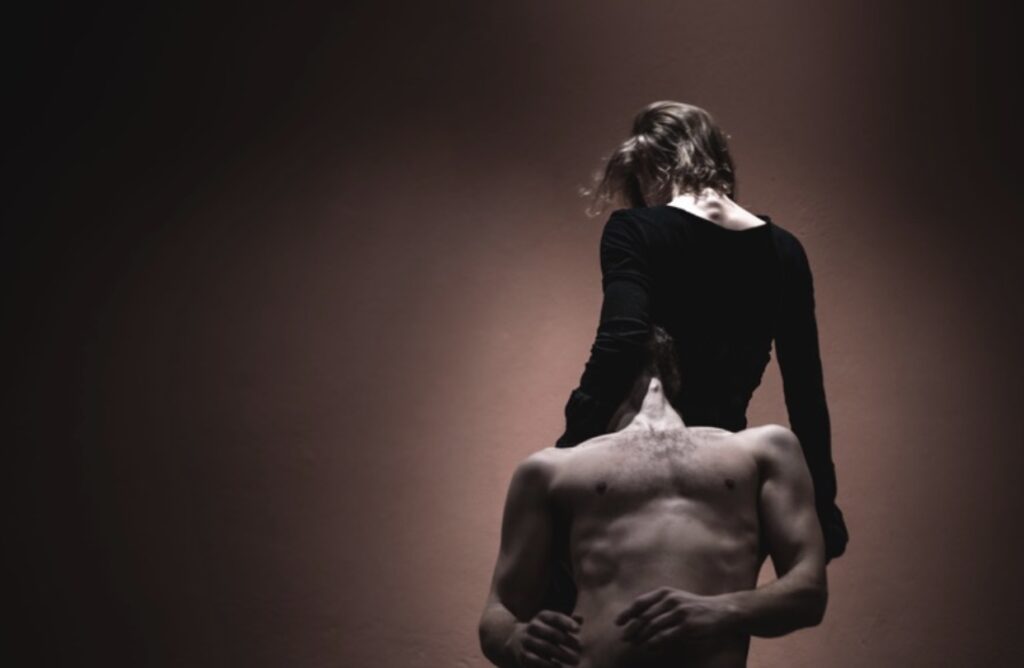 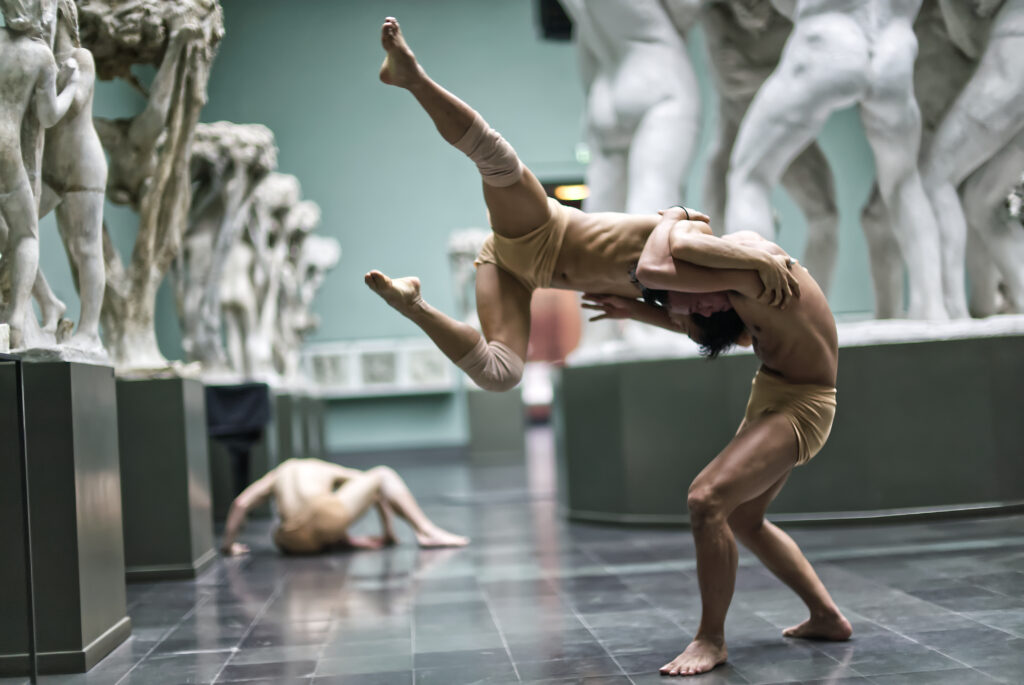 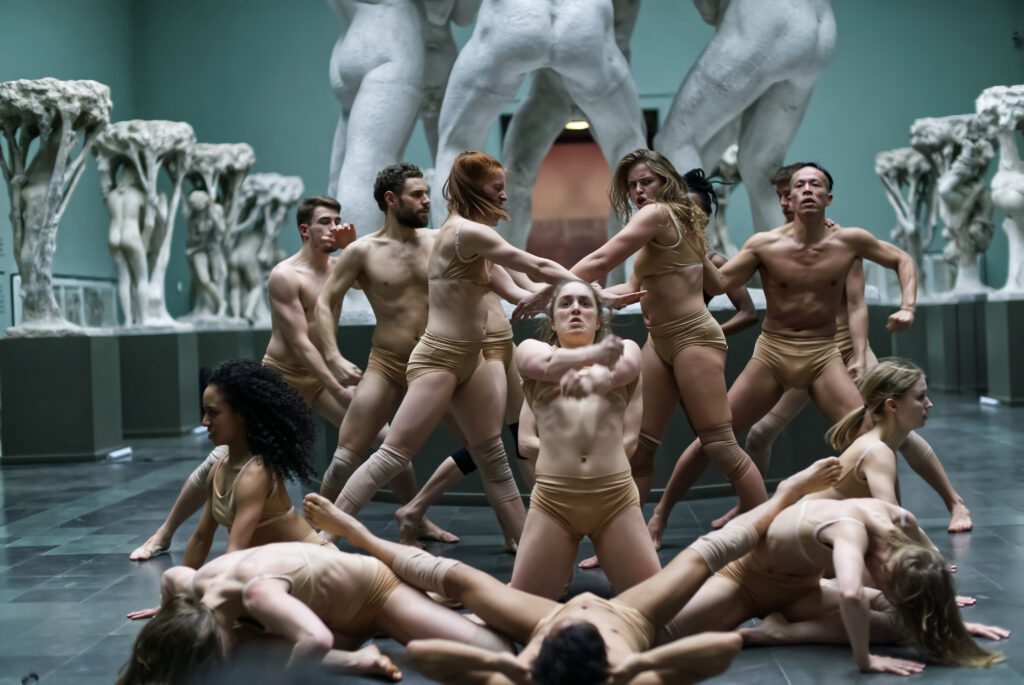 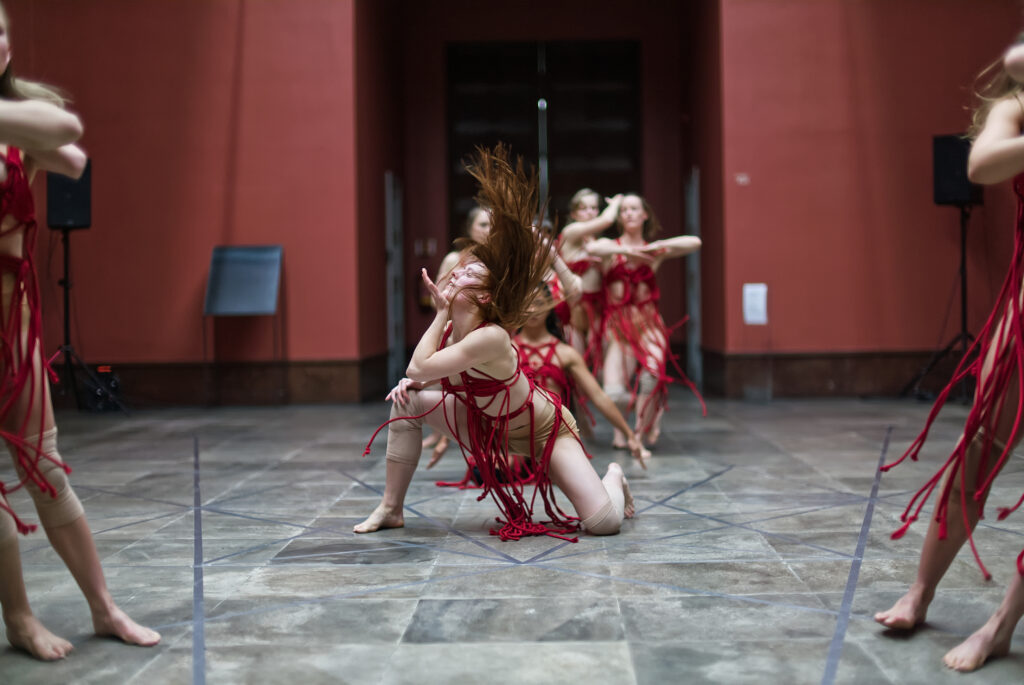 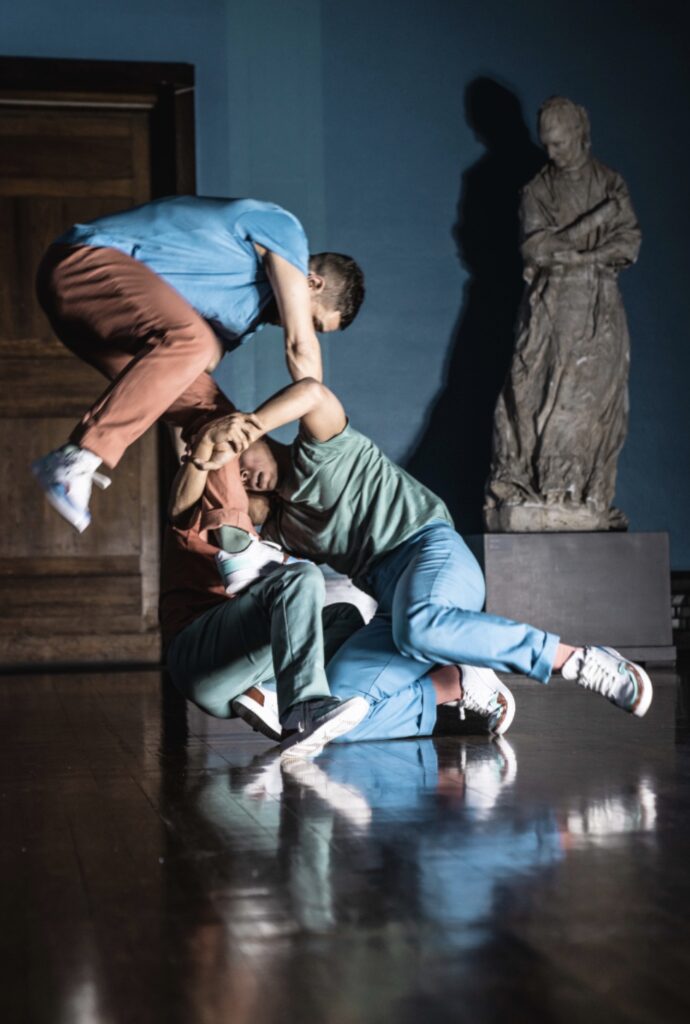 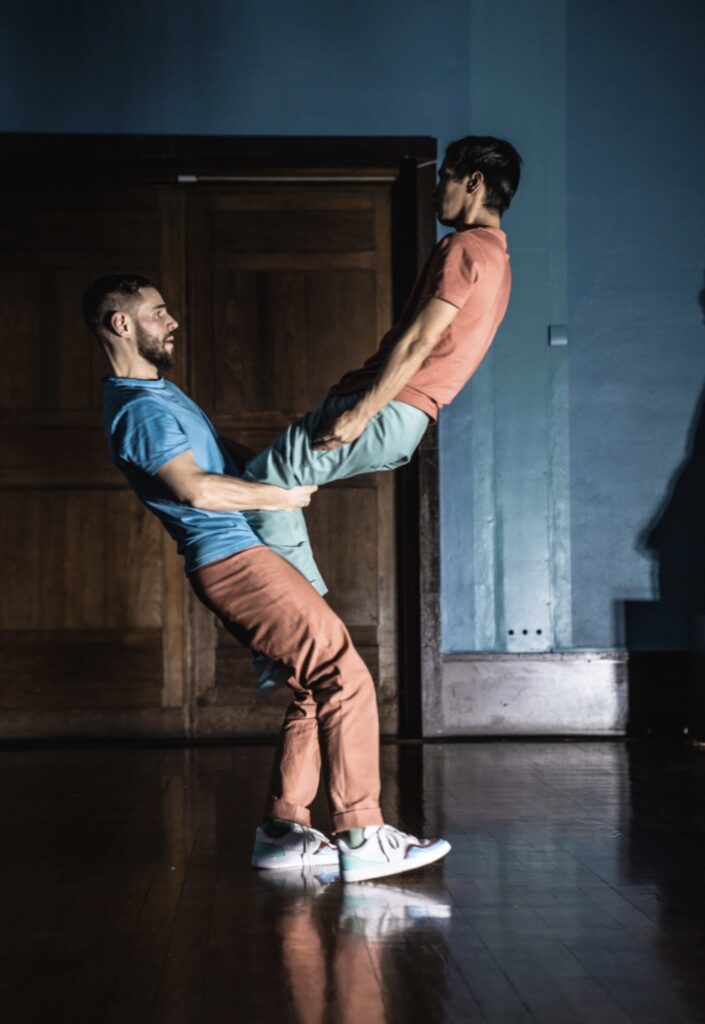 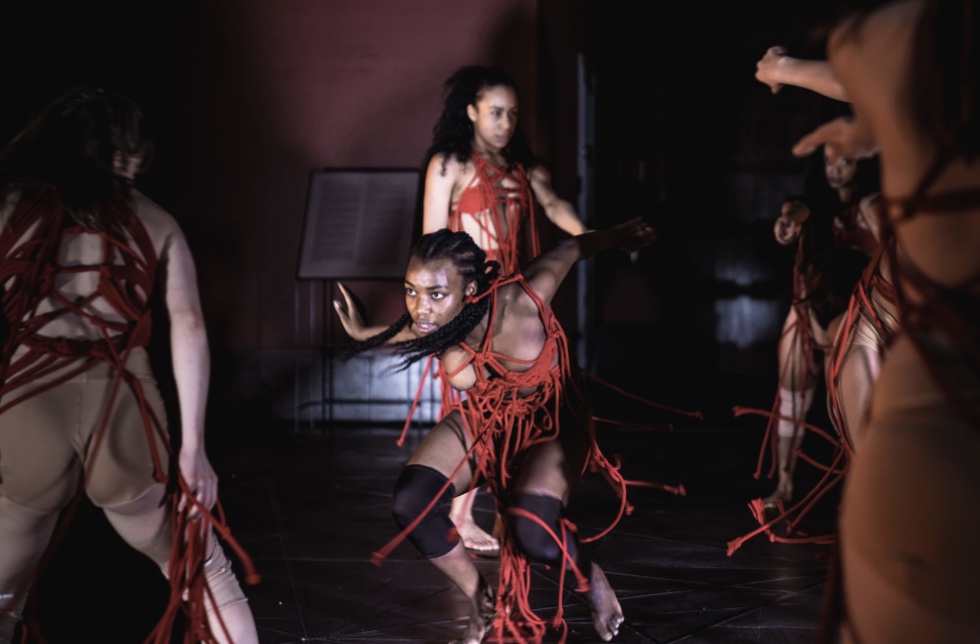 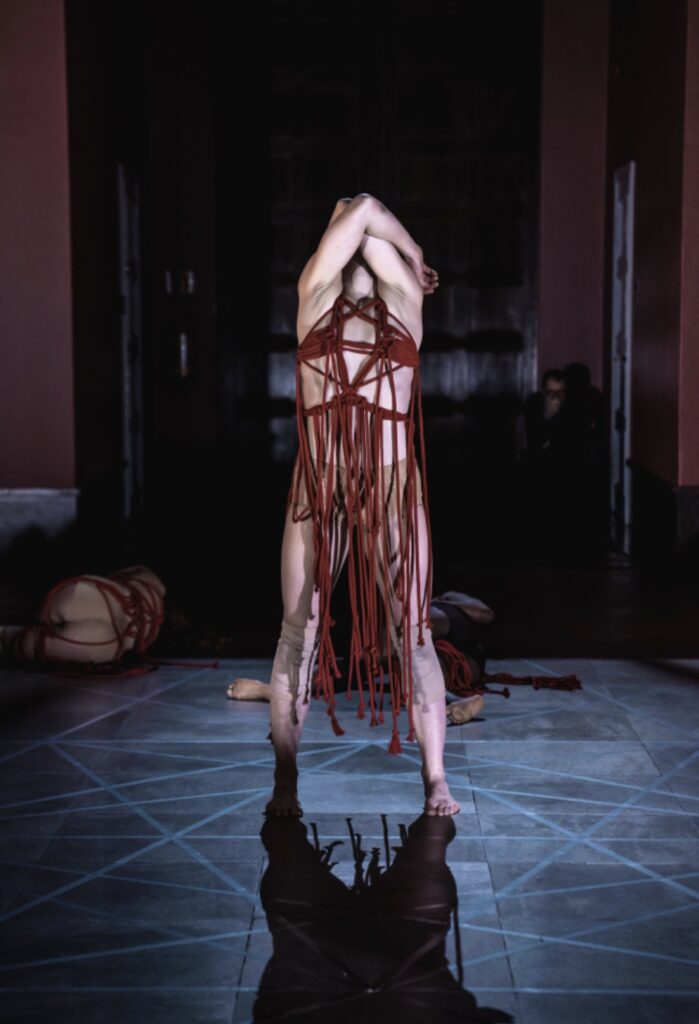 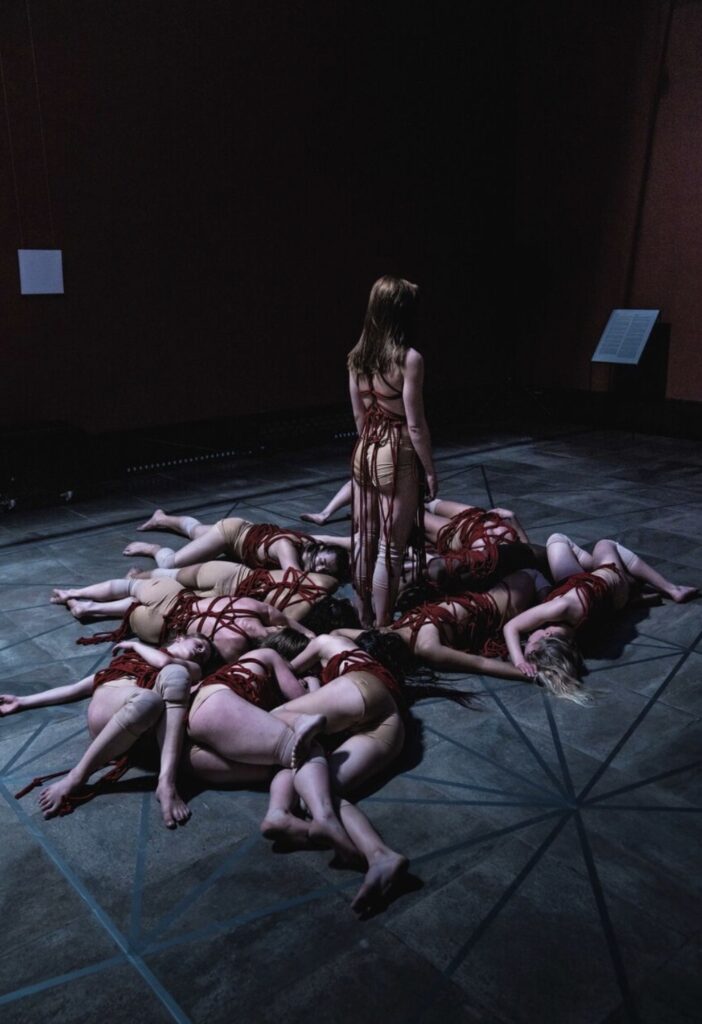 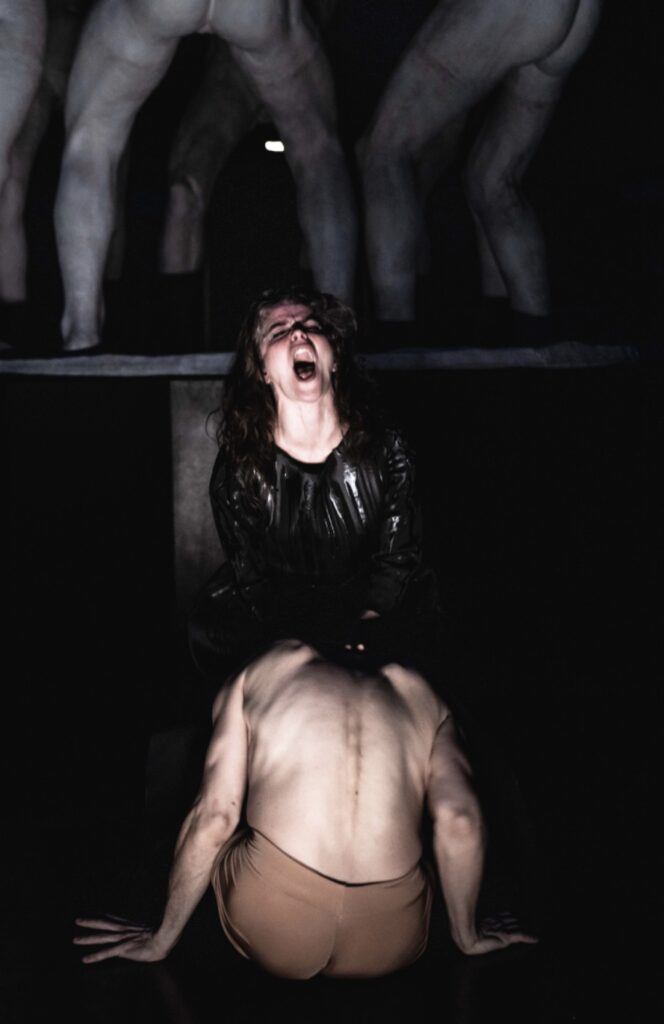 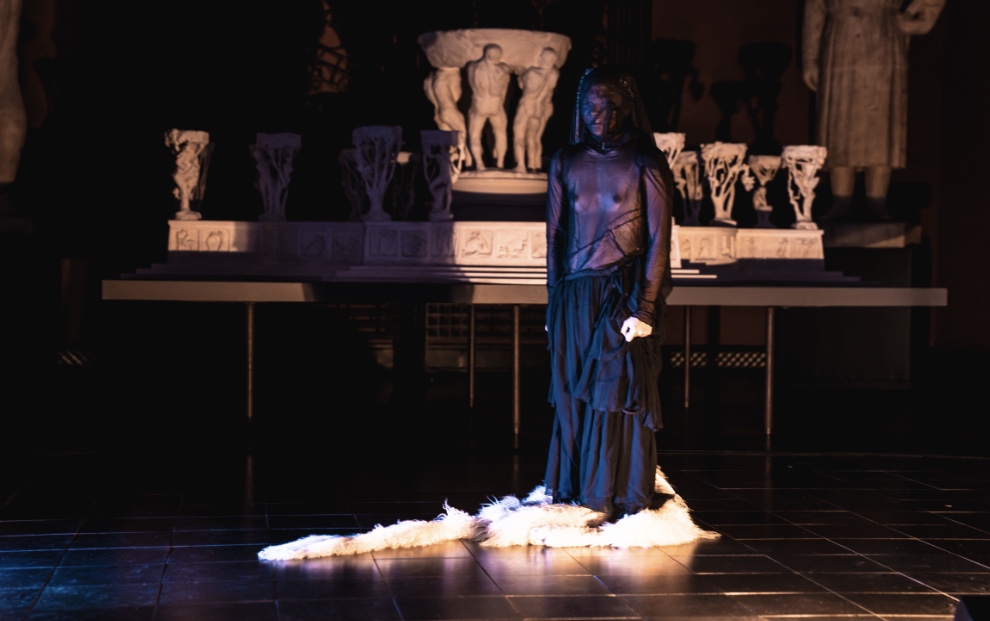 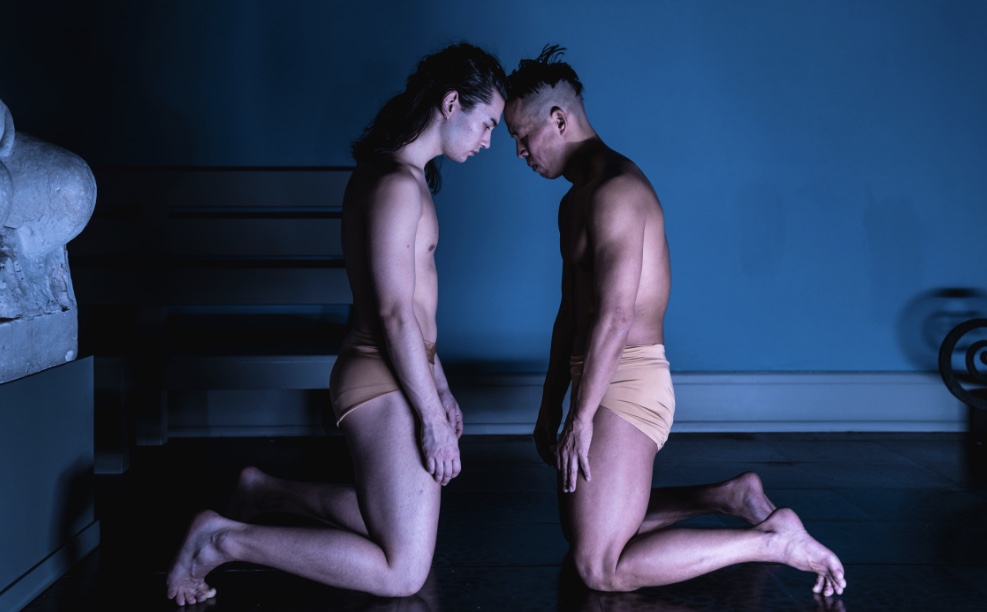 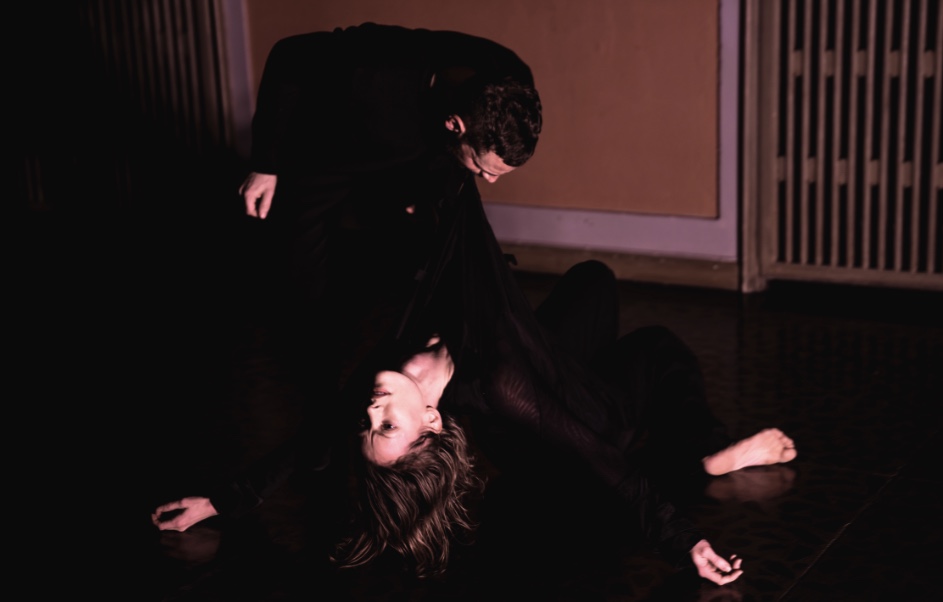 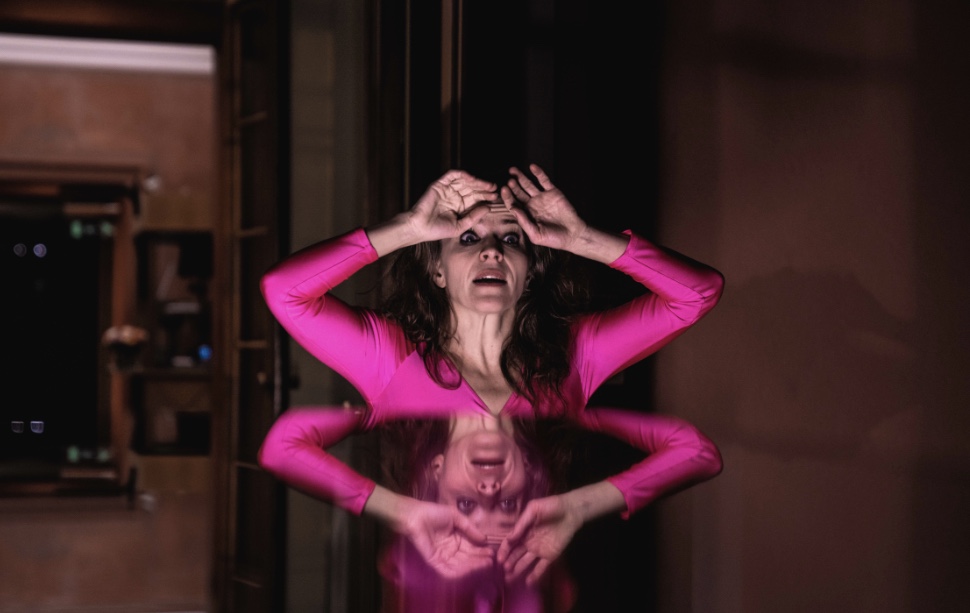 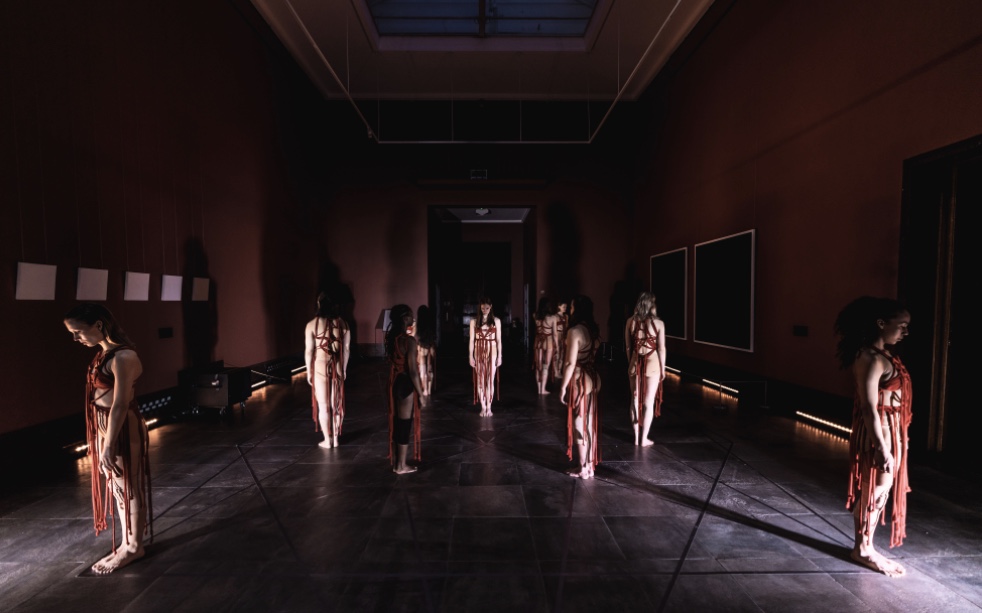 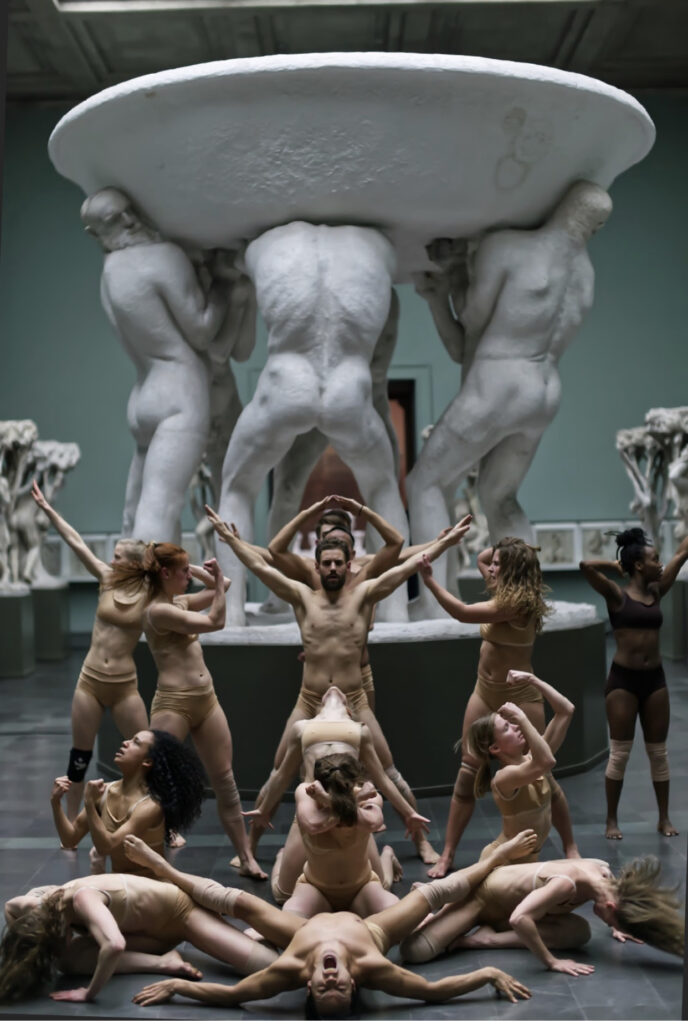 In each of the rooms in the museum we are met by new and overwhelming images that engage in a dialogue with sculptures depicting the struggle with nature and our fantasy creatures, the fear of death or the pain of a birth. In the last room of the parkour, a traditional Georgian song is performed a cappella, and their grieving, tender voices wrap comfortingly around the dancing couple. The performance couldn’t end in a more beautiful way, when it comes to the unique ability of art to bring the artists of the past and their work to life.

The sculptures come to life through the dance performance – which imitates, challenges and gives perspective to the sculptures. In a time where conceptual art is pervasive, it is wonderful to see art that requires so much discipline and skill.