In 2010, Sidi Larbi Cherkaoui and Damien Jalet joined forces with visual artist Antony Gormley to create Babel(words), a dance performance that explores language and its relationship with nationhood, identity and religion.

Taking the tale of ‘The Tower of Babel’ as its starting point, Gormley’s 5 huge 3-dimensional frames hint at a nameless intersection in a faceless city near the borders that define a no man’s land. We watch as the action flows from private to public, intimacy to extroversion , and the individual to the collective – while choices of faith, space and community are made and we are reminded that to some the tale of Babel represents the gates to enlightenment, to others – chaos, confusion and conflict.
The piece has been performed nearly 150 times in cities all over the world for nearly 7 years

Especially for the 70th edition of the Festival d’Avignon, choreographers Sidi Larbi Cherkaoui and Damien Jalet created a new version of their Olivier award winning piece Babel(words), and transposed it to the Cour d’Honneur of the Palais des Papes under the title of Babel 7.16. Ten new performers were added to the show, ten new characters making the story even more rich and complex.

“Babel 7.16: update or recreation? Today, for the choreographers Sidi Larbi Cherkaoui and Damien Jalet the point is no longer for the audience to see the show in the same way they did in 2010, when Babel(words) was created . The extension of the title says it all: 7.16 is as much a reference to software coding, as to the verses of a holy text, a contemporary date or the power of archaic numerology. The piece calls on the clash of languages and bodies from different nationalities, on the diversity and the difficulty to coexist, confronting uniqueness and community. It questions our attitude towards change, when technology is constantly modifying the notions of empathy and human connections. Babel 7.16, like the original show, features dancers who humorously share their legacies, at once immutable and constantly changing. To dance that contradiction is like exploring words with the body, or like dodging the trap of the unspeakable thanks to gestures and actions. In the original myth, God refused to share his territory, while men wanted to get closer to Him. “To share is a decision, an attitude, in particular when faced with traumatic events. In those moments extreme solidarity faces fear of sharing.” By inviting the original cast of dancers that have made Babel(words) a reference in the world of choreography to come onstage, the Flemish Cherkaoui and the Francophone Jalet, from a country at once divided and united, have put the concepts of masses, history and territory in the Cour d’Honneur of the Palais des Papes. In this heart of hearts, where the walls embody the unchanging nature of power and of religion, yet also exalt and welcome life in all its complexities.” – Moïra Dalant for the Festival d’Avignon 2016 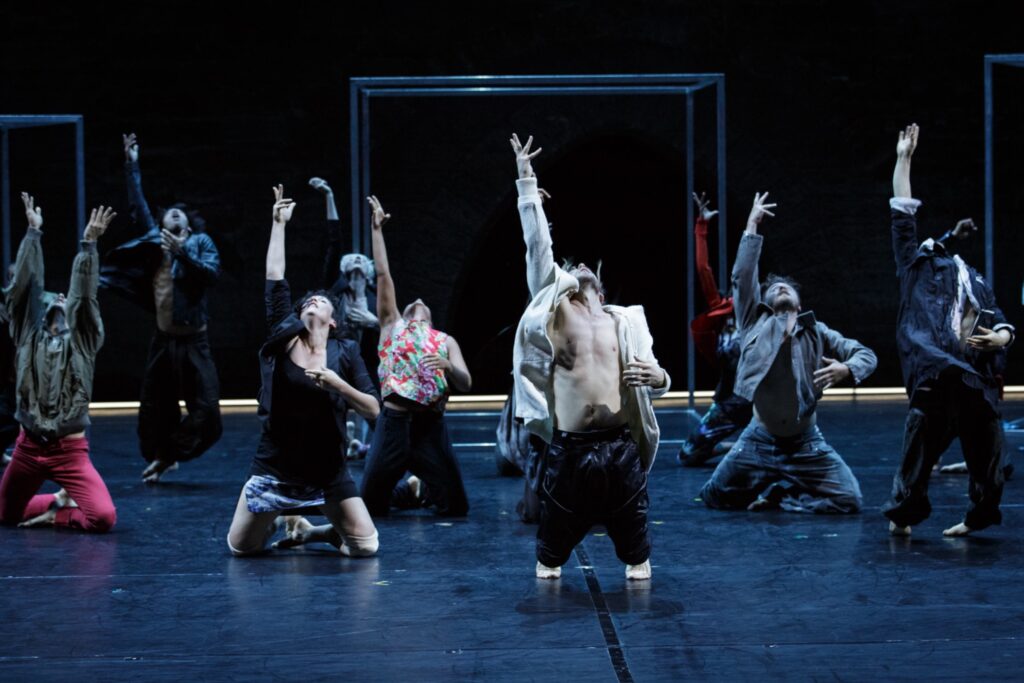 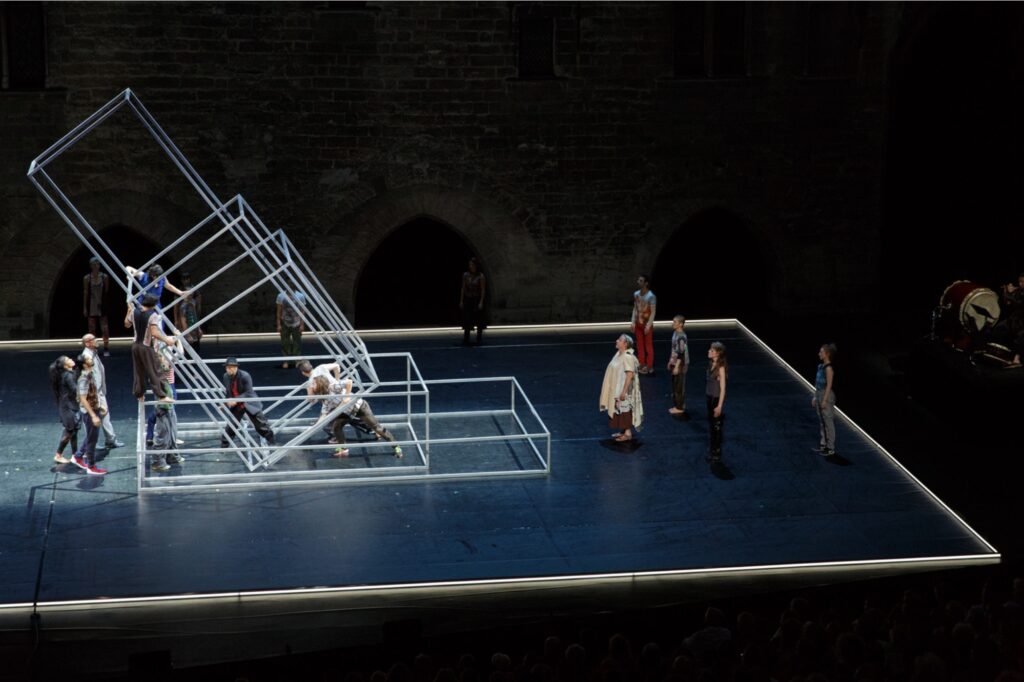 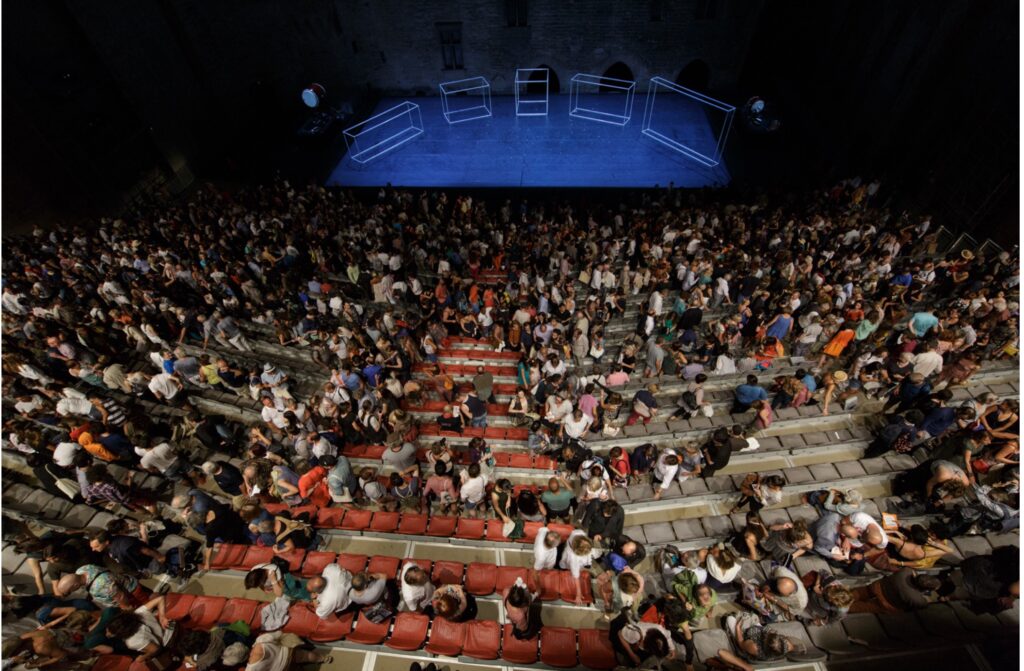 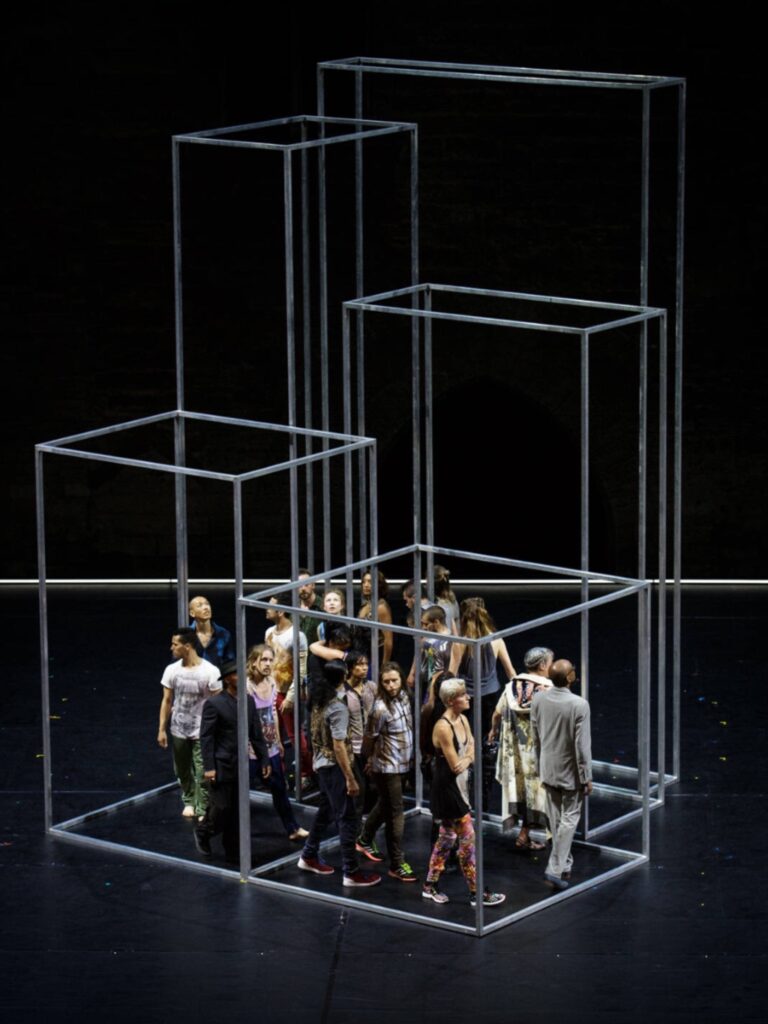 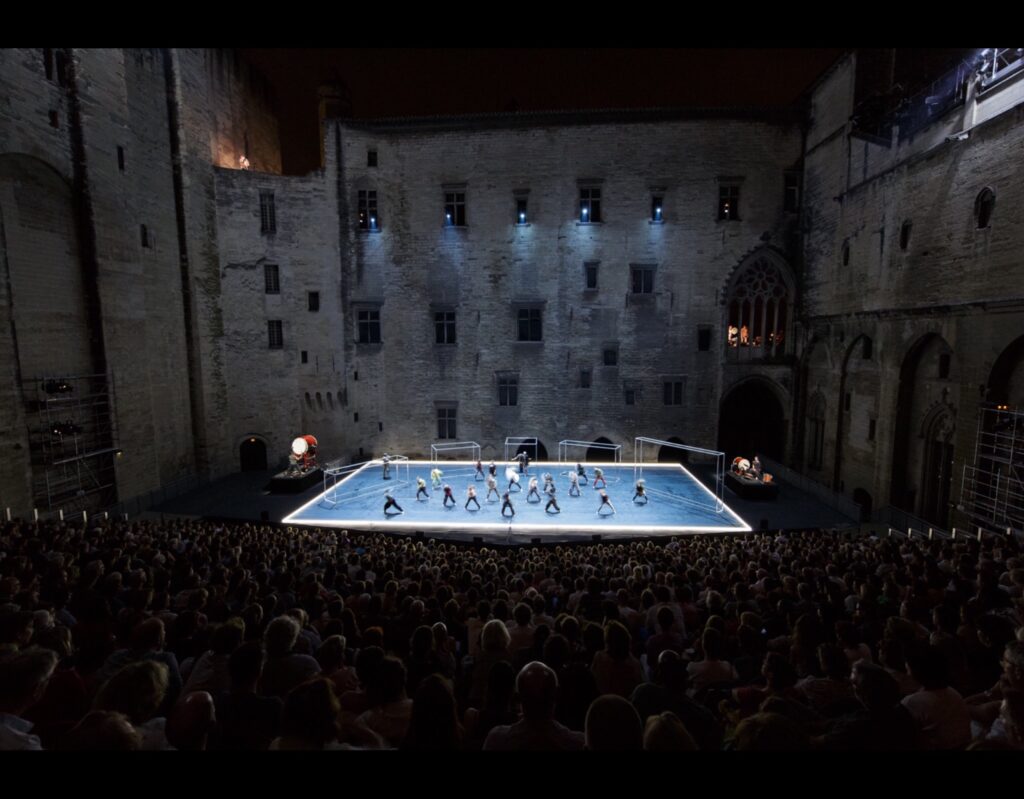 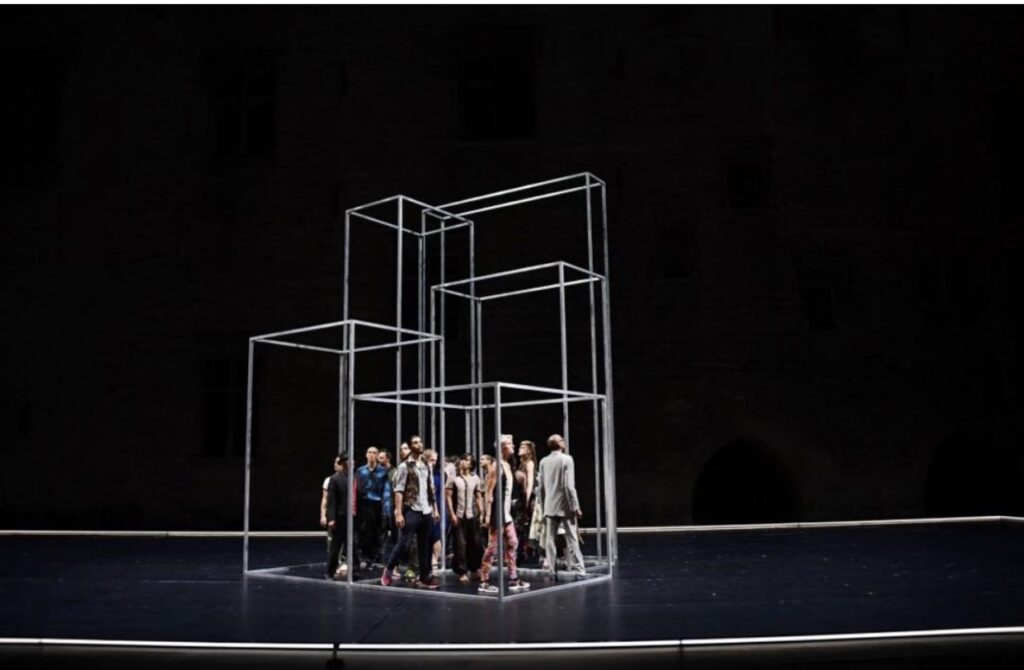 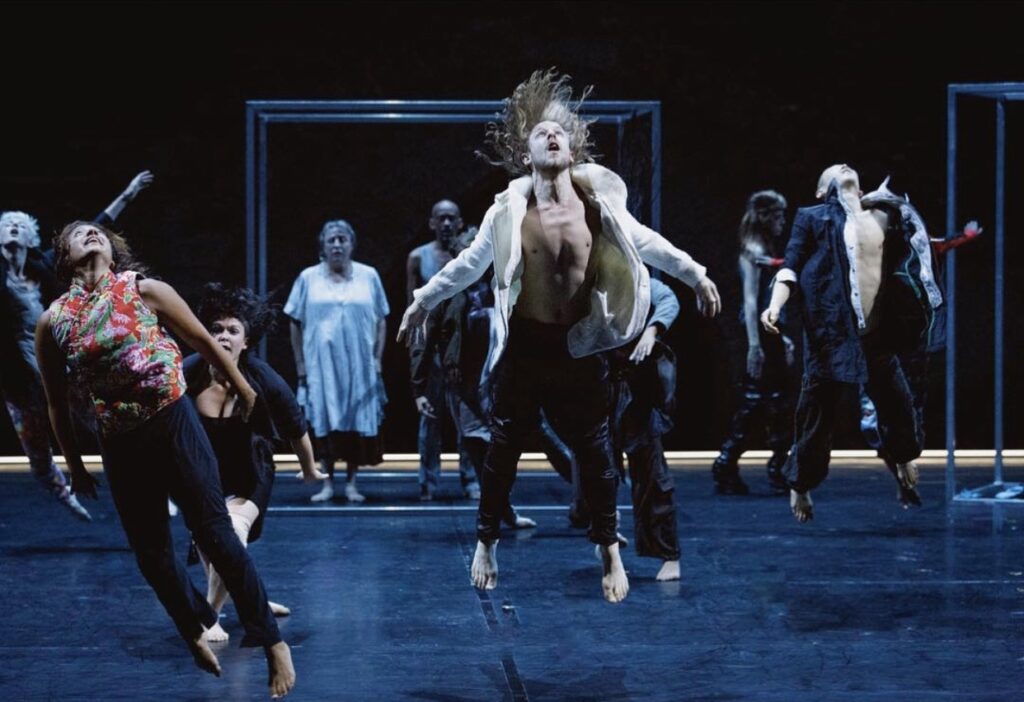 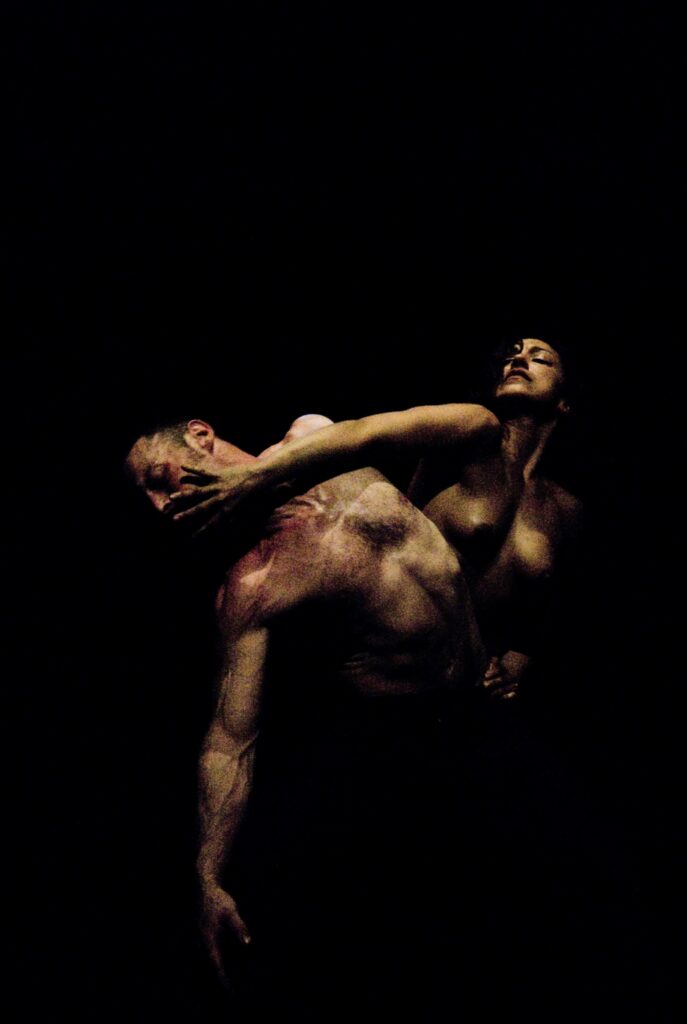 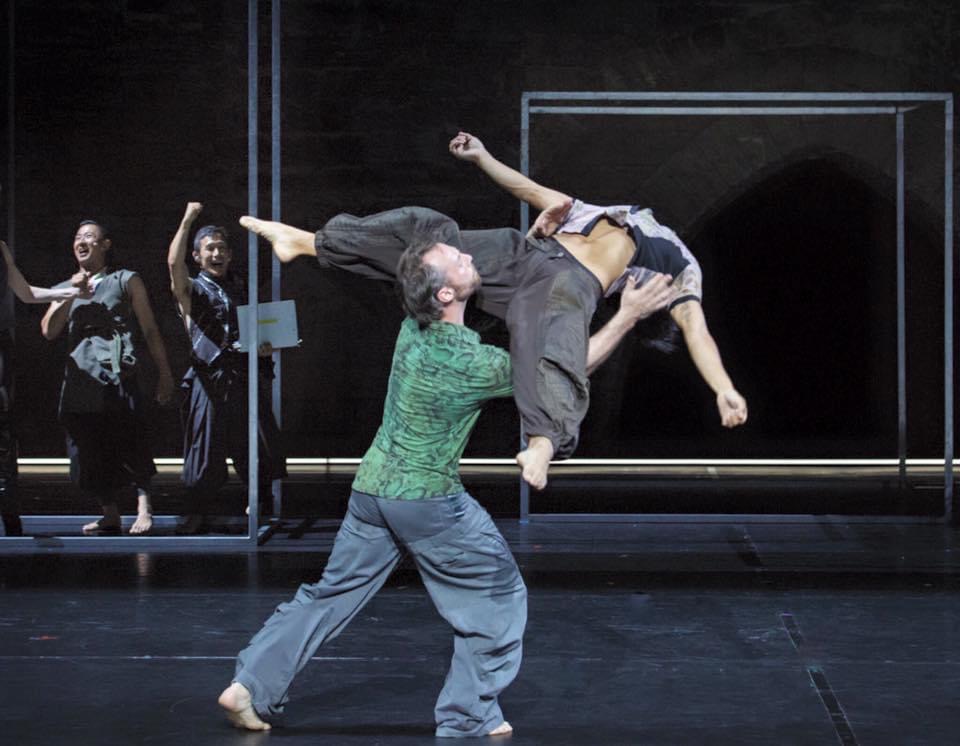 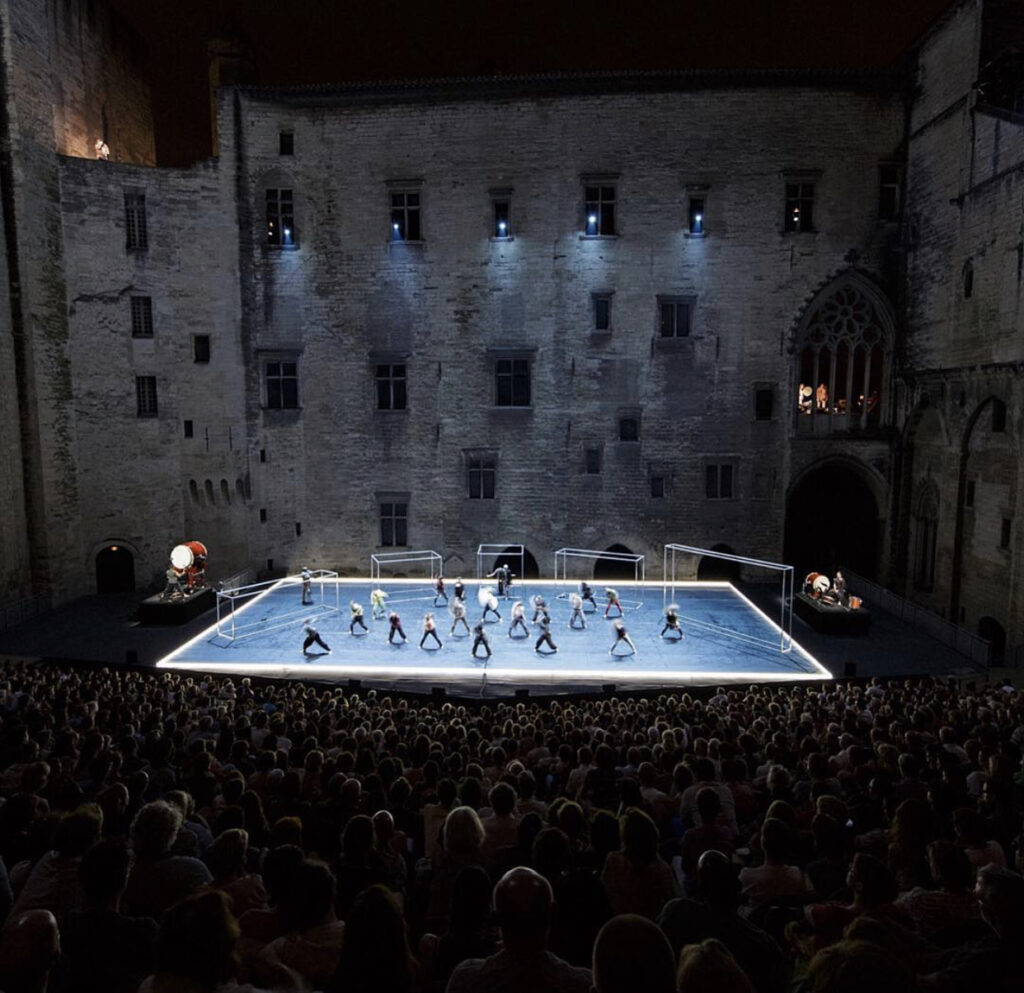 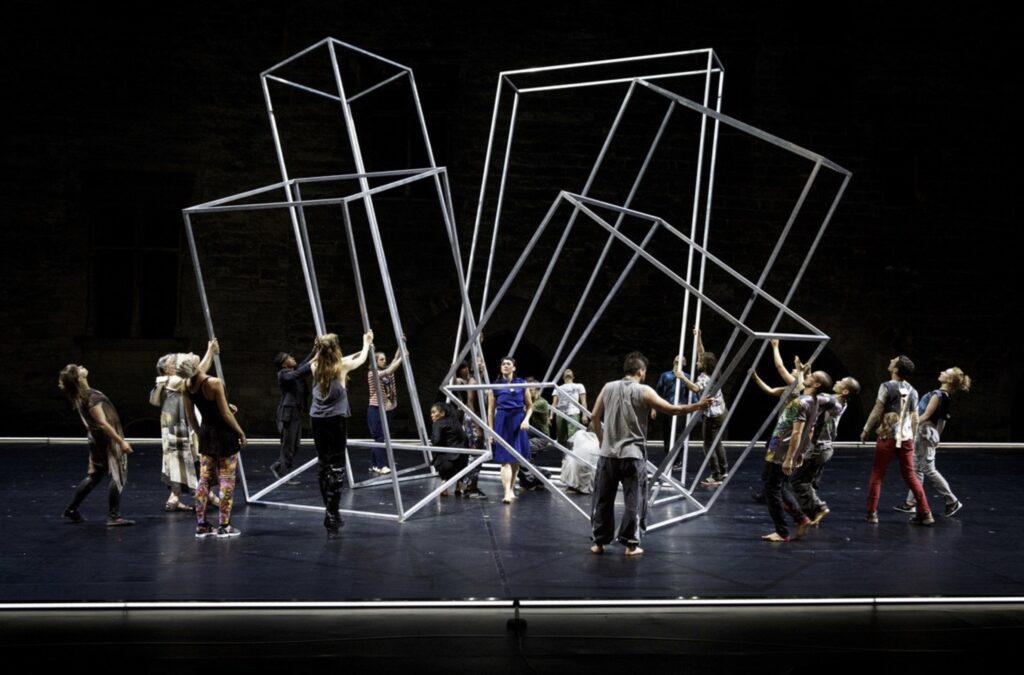 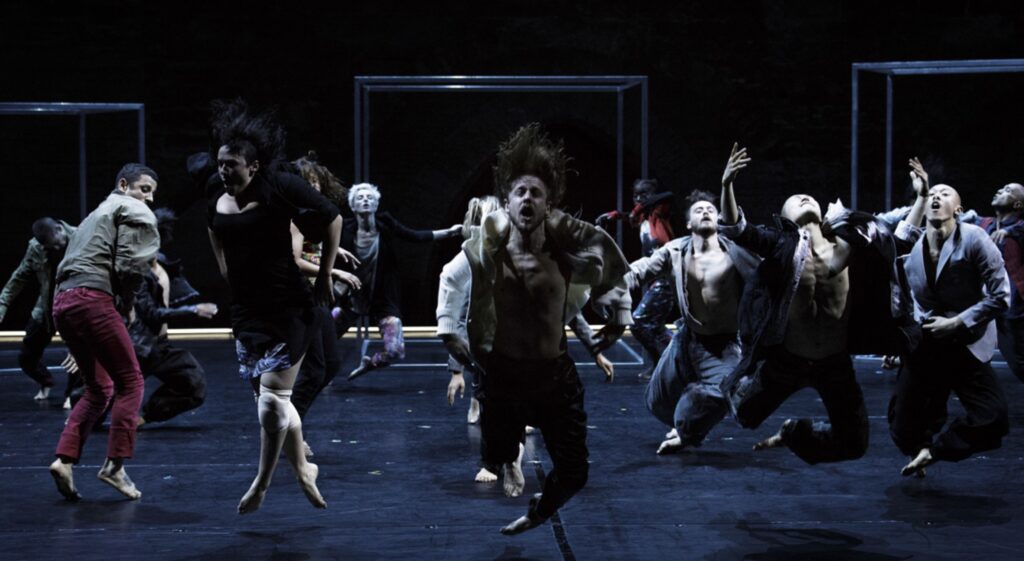 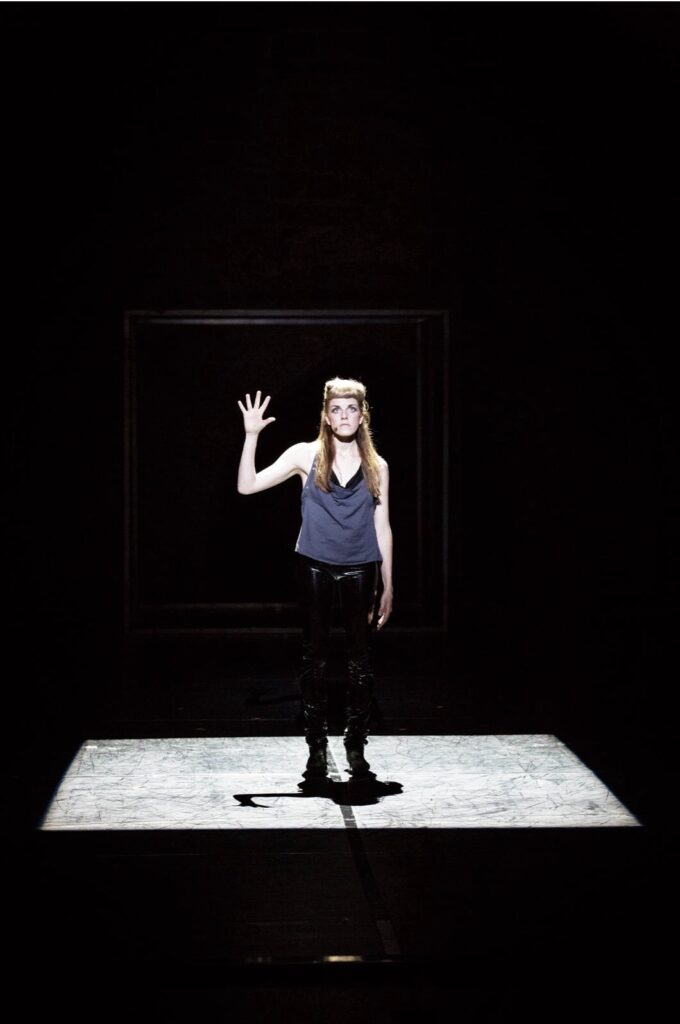 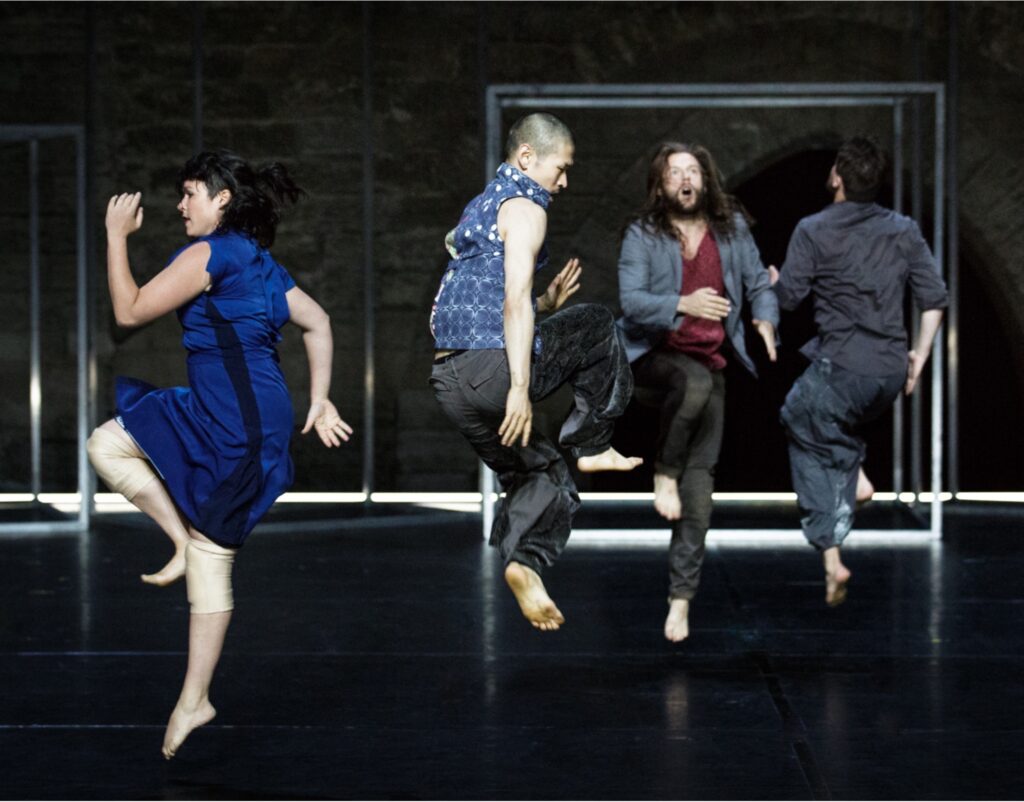 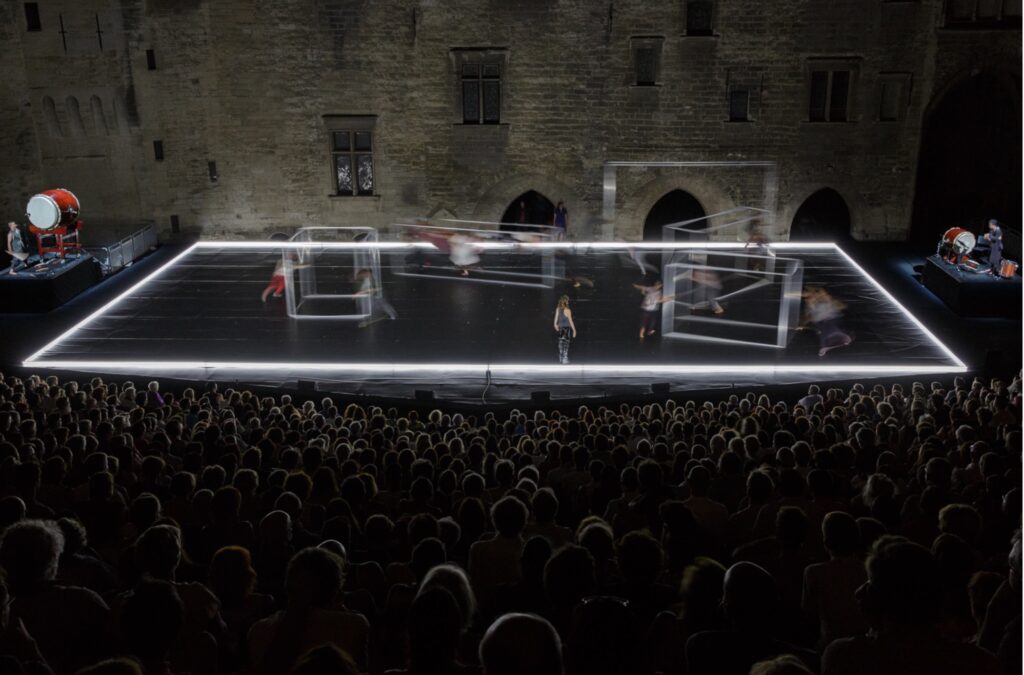 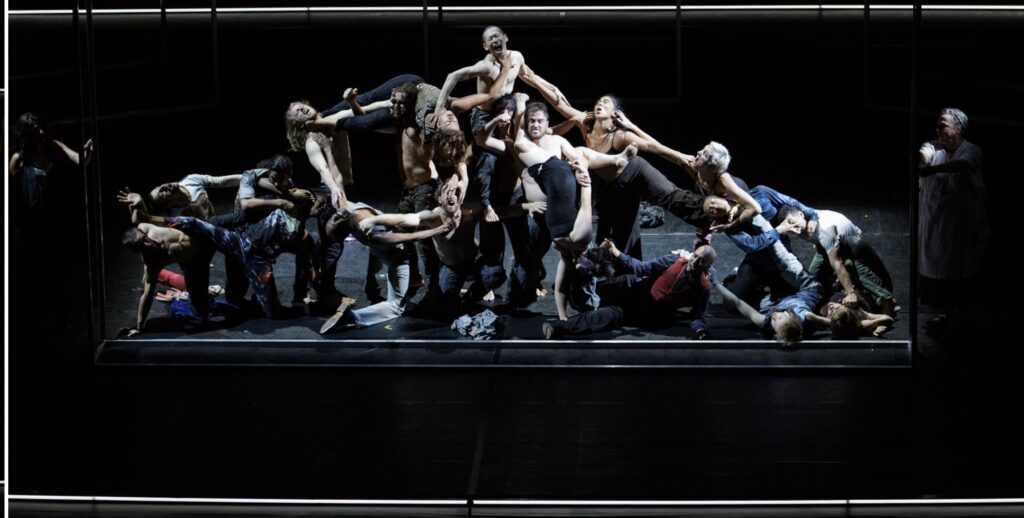 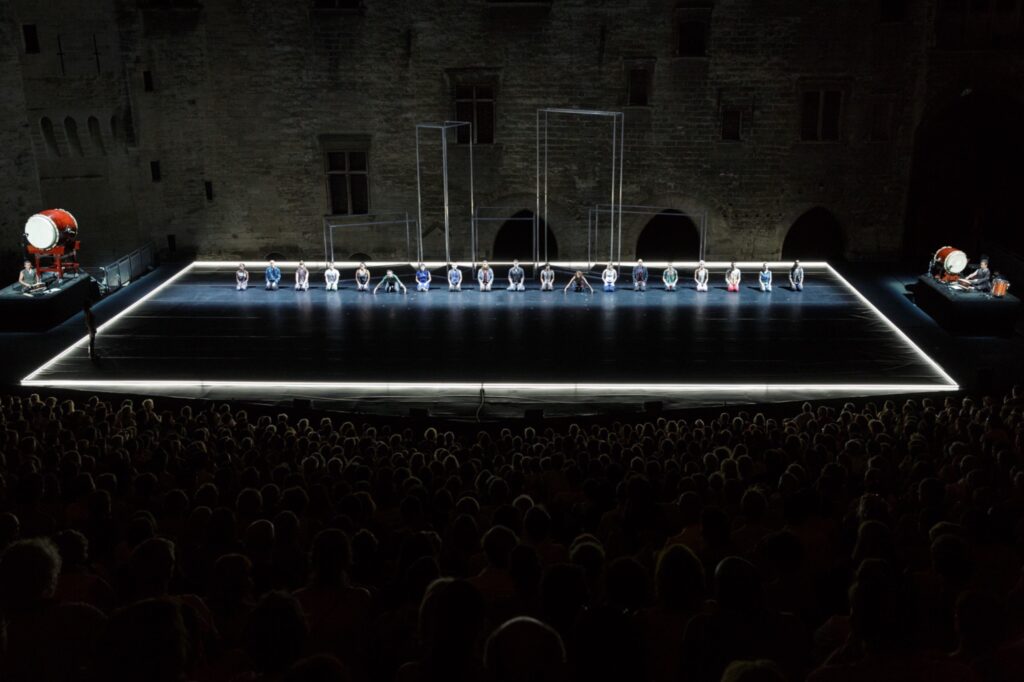 The most fiercely resonant dance theatre of the decade.

Cherkaoui and Jalet are bombs from which ideas spring. All the formats overlap each other, spinning solos, acrobatic tight-glue pas de deux, choir group paintings that set the stage on fire.

Babel is among the best you can see on our stages nowadays . If you attend only one performance every five years, go see this one

Without any doubts, Babel is the prologue, the first step of the future of dance

Easily the best show at the Sydney Festival, Babel (Words) is a unique experience that will knock out the memory of most of the great shows you have seen.

Choreographers interview in “the Japan times”