In 2019, musician Thom Yorke (Radiohead) invited Damien Jalet to imagine a choreographic response to his new solo album “Anima”. This was a follow up to their first collaboration on the film “Suspiria”, in 2018. Unlike their first collaboration, where Yorke composed to existing choreography already set on film, the idea this time was to see how the choreography could embody the songs and be the start of a new narrative. Working this time with leading American director Paul Thomas Anderson, the project took the shape of a 15 minute long “one-reeler” (a reference to the first silent comedic film which ran 12 minutes). The film discussions began with a concept from Yorke about workers whose “bodies don’t work any more”, that are being “pushed by an invisible force”. The team wanted the first sequence to be “oppressive and hyper-precise so it feels like a machine”. References being dystopian fantasies such as “1984” and “Metropolis”. Jalet integrated a whole section of his piece, “Skid” created in 2017 with the Goteborg Operans Danskompani, whose dancers performs as well in this new film. Jalet was assisted by Aimilios Arapoglou, and Gabriela Cecena trained Yorke and Roncione intensively in order for them to dance through the entire film – sometimes on a 34 degree angled platform. The film was shot in in Baux de Provence, where Jean Cocteau filmed “The Blood of a Poet”, as well as in the streets and metro of Prague May 2019.

The piece premiered in Imax cinemas worldwide June 2019, and a day later on Netflix where it is still visible.

Nominated for a Grammy for “Best Musical Film” in 2020, Damien Jalet won the “Best Choreography” award at the UK Music Video Awards in 2019. 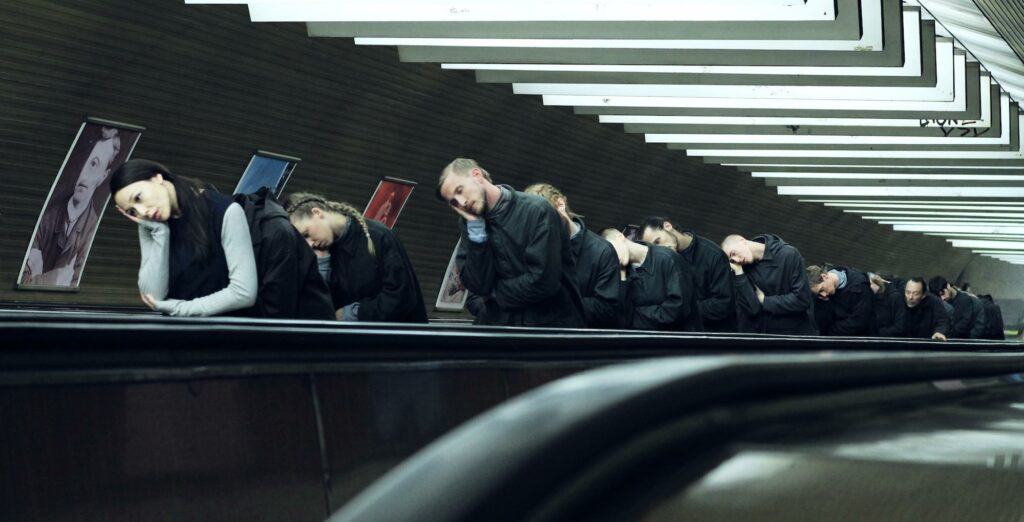 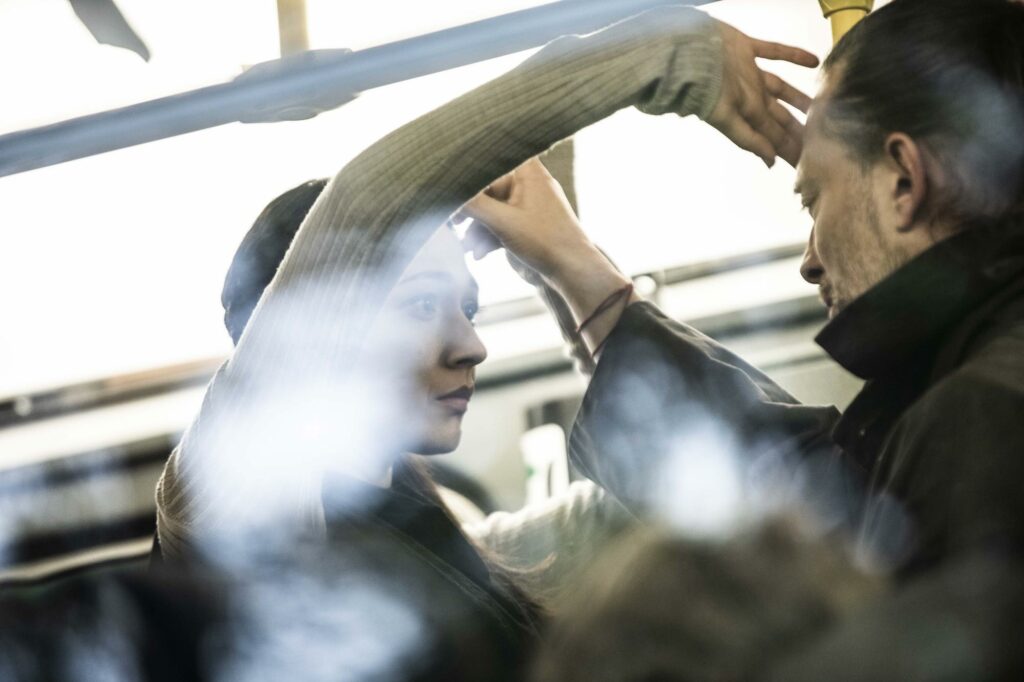 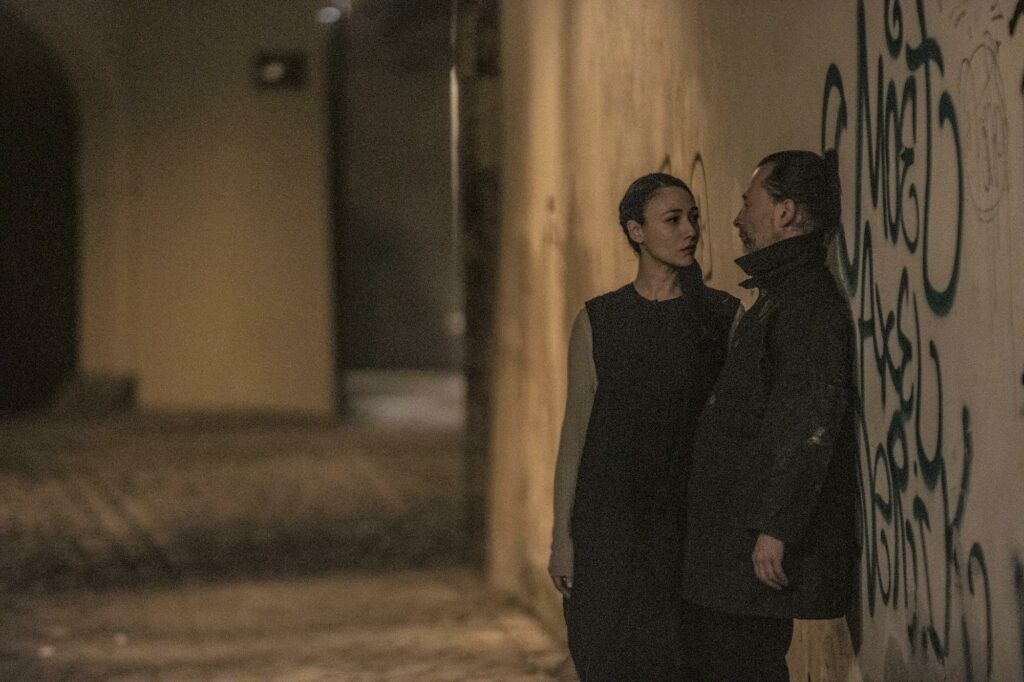 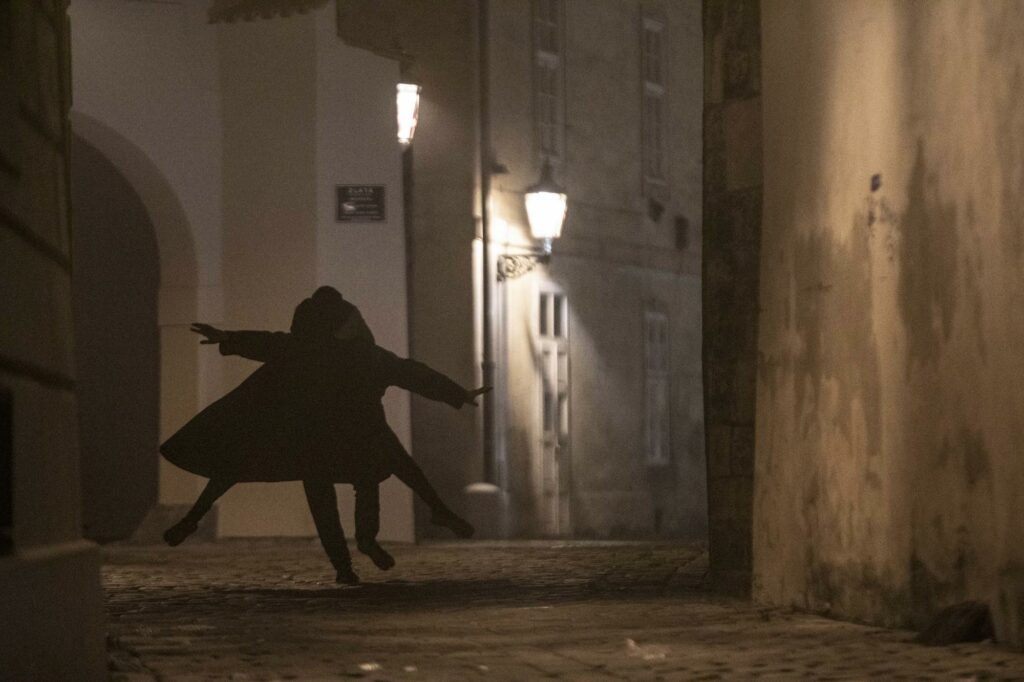 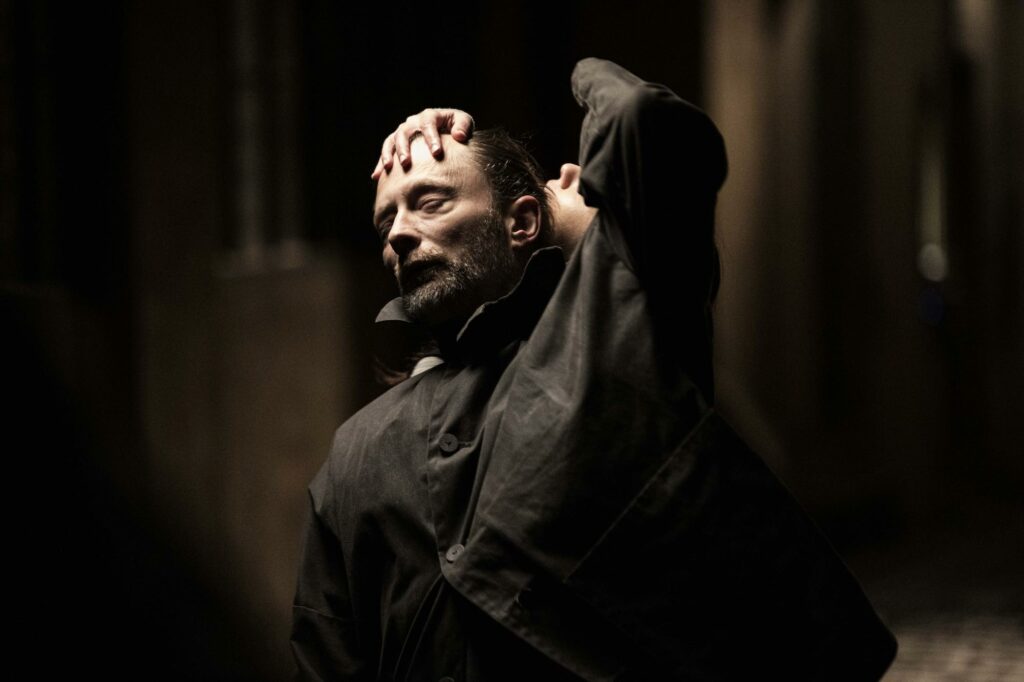 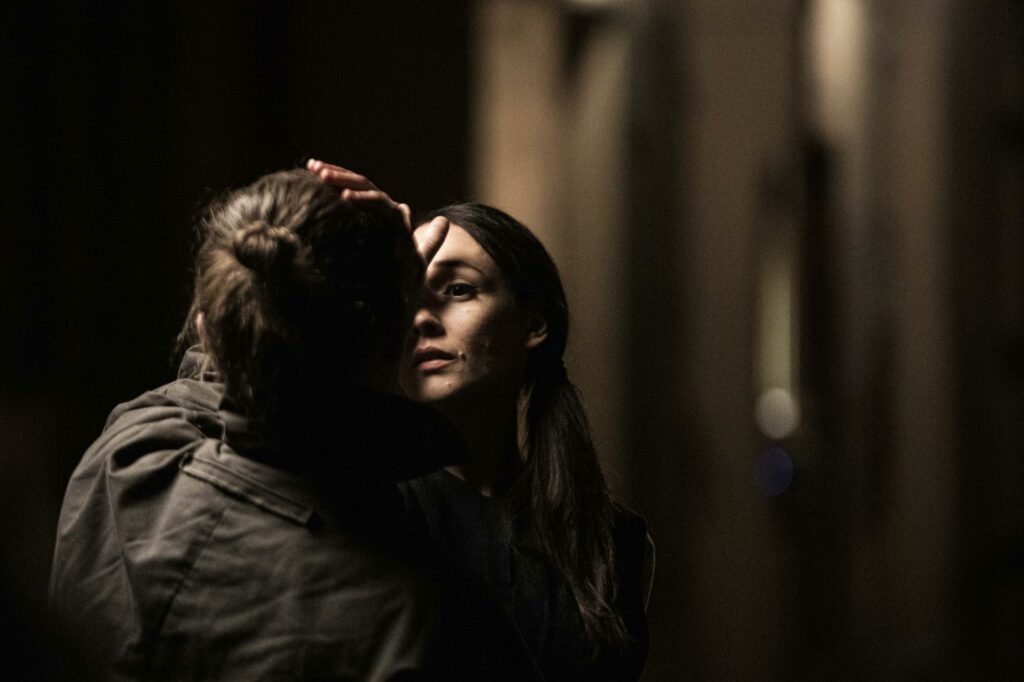 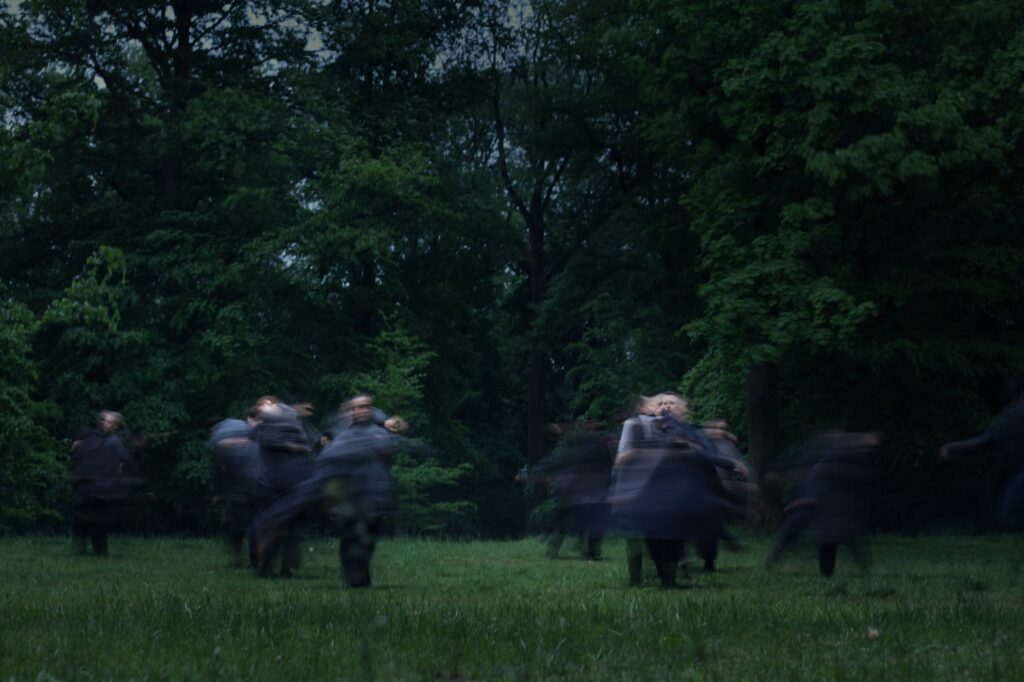 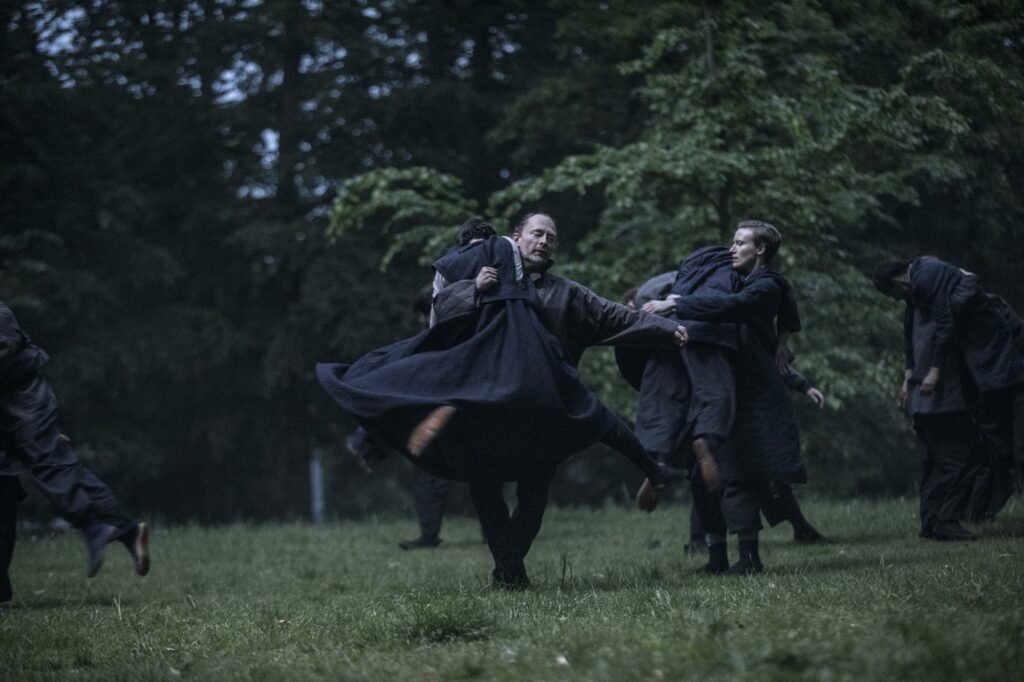 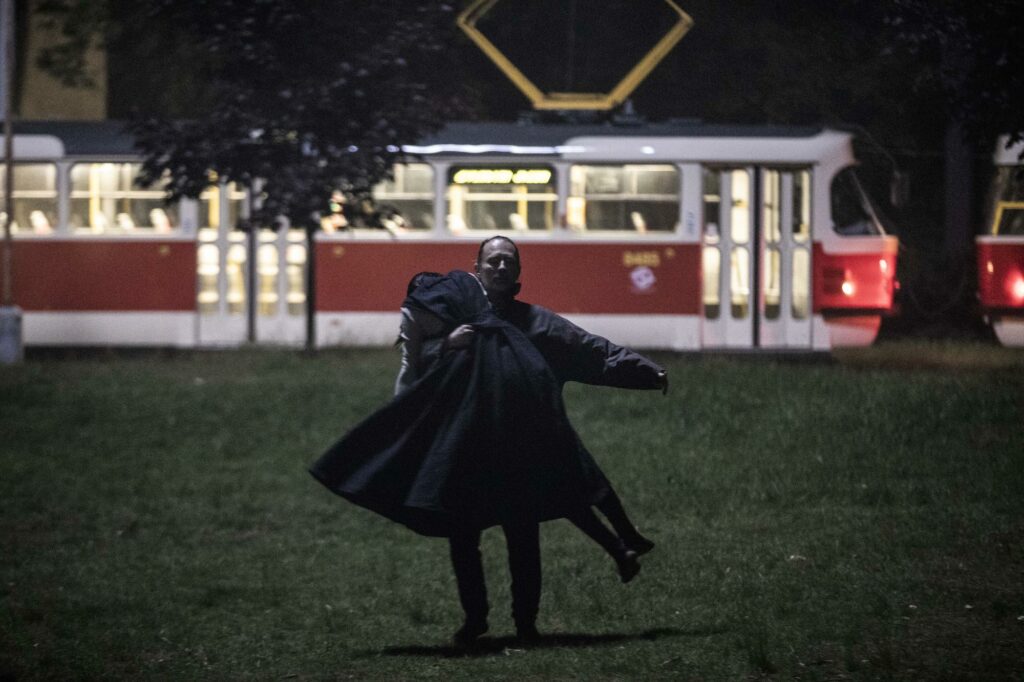 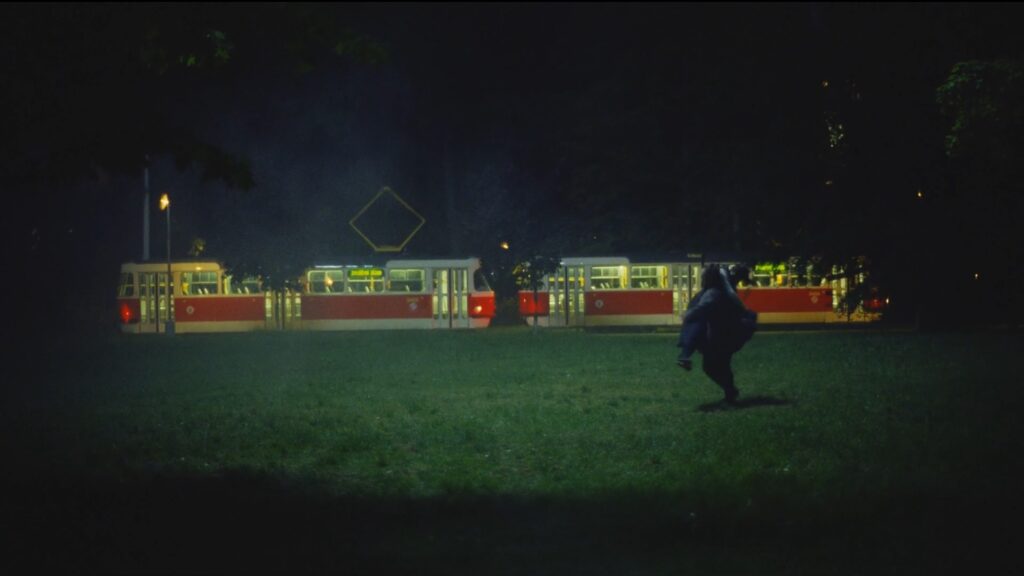 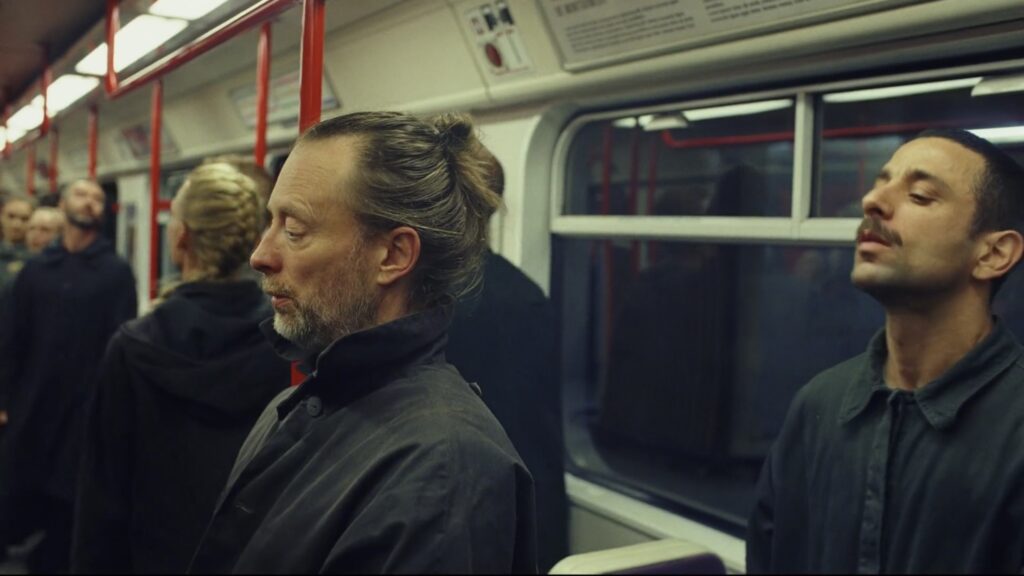 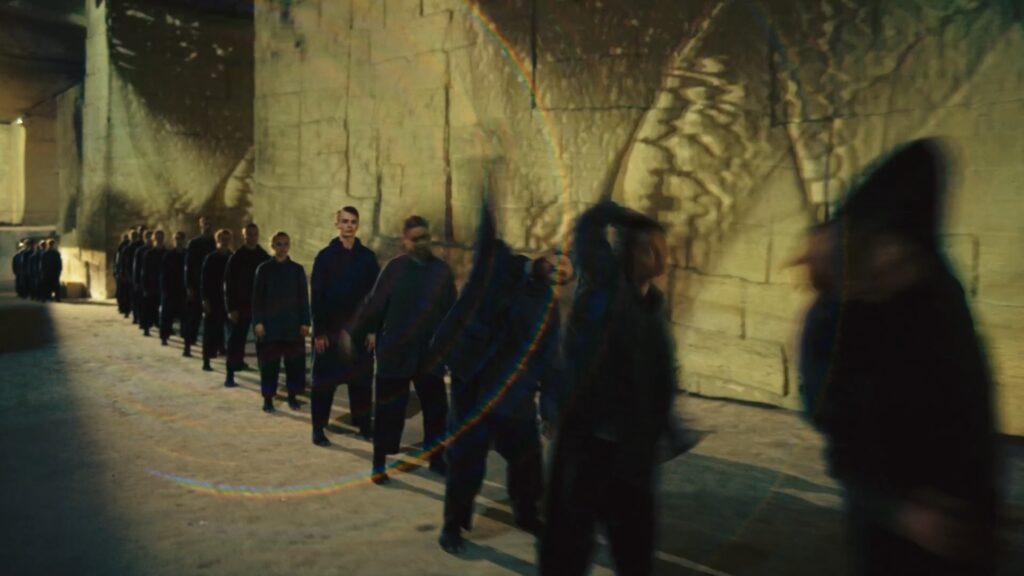 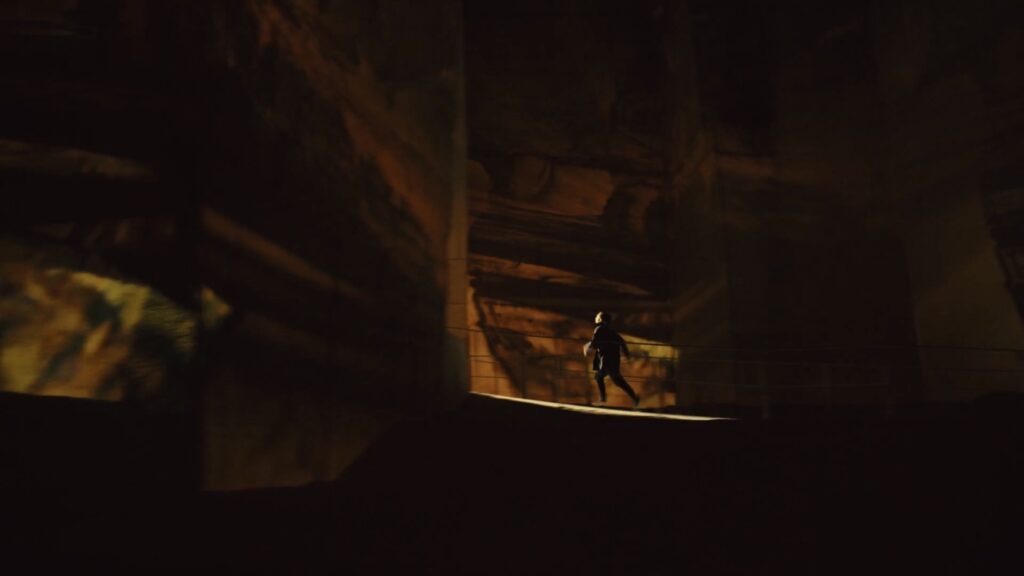 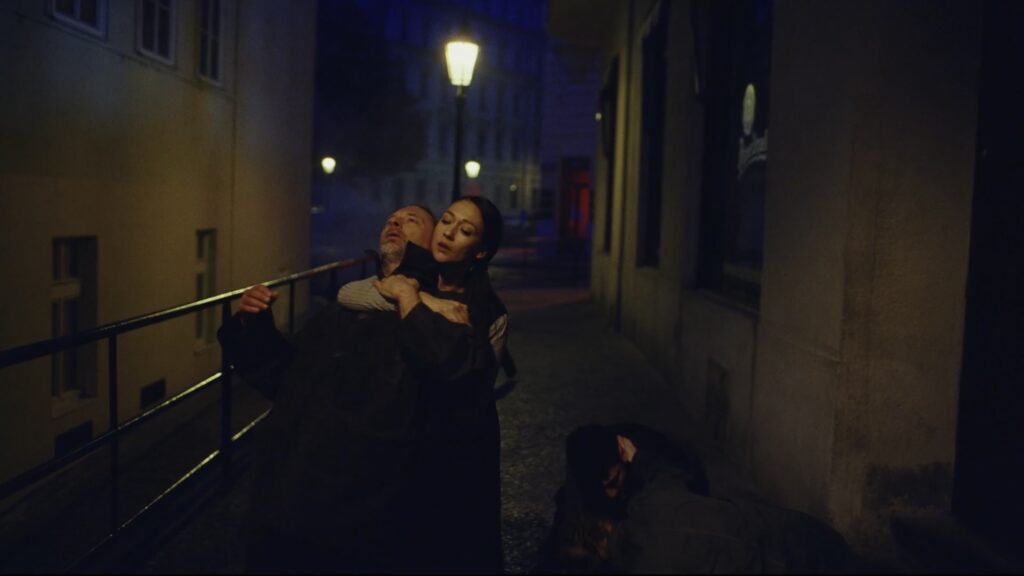 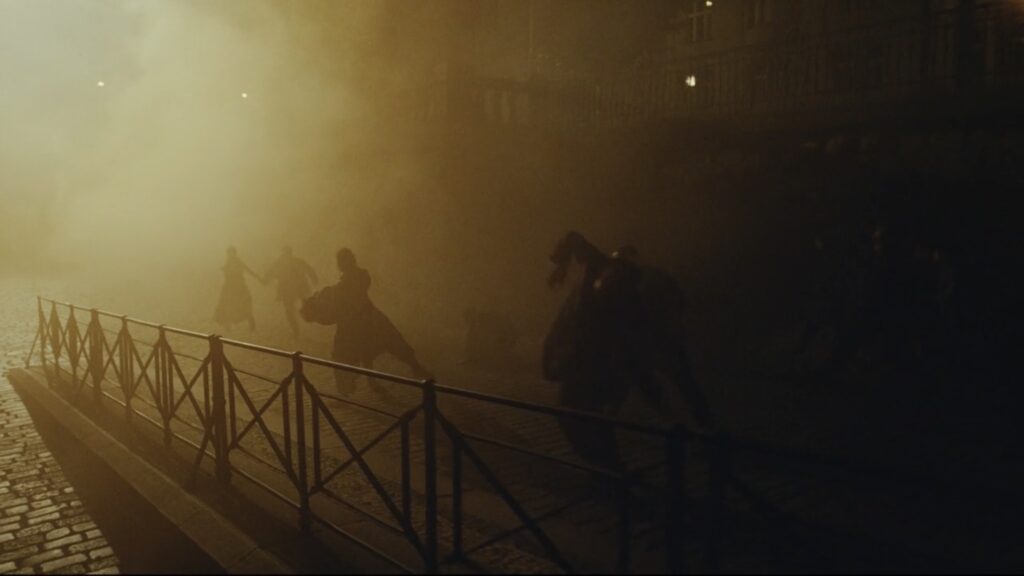 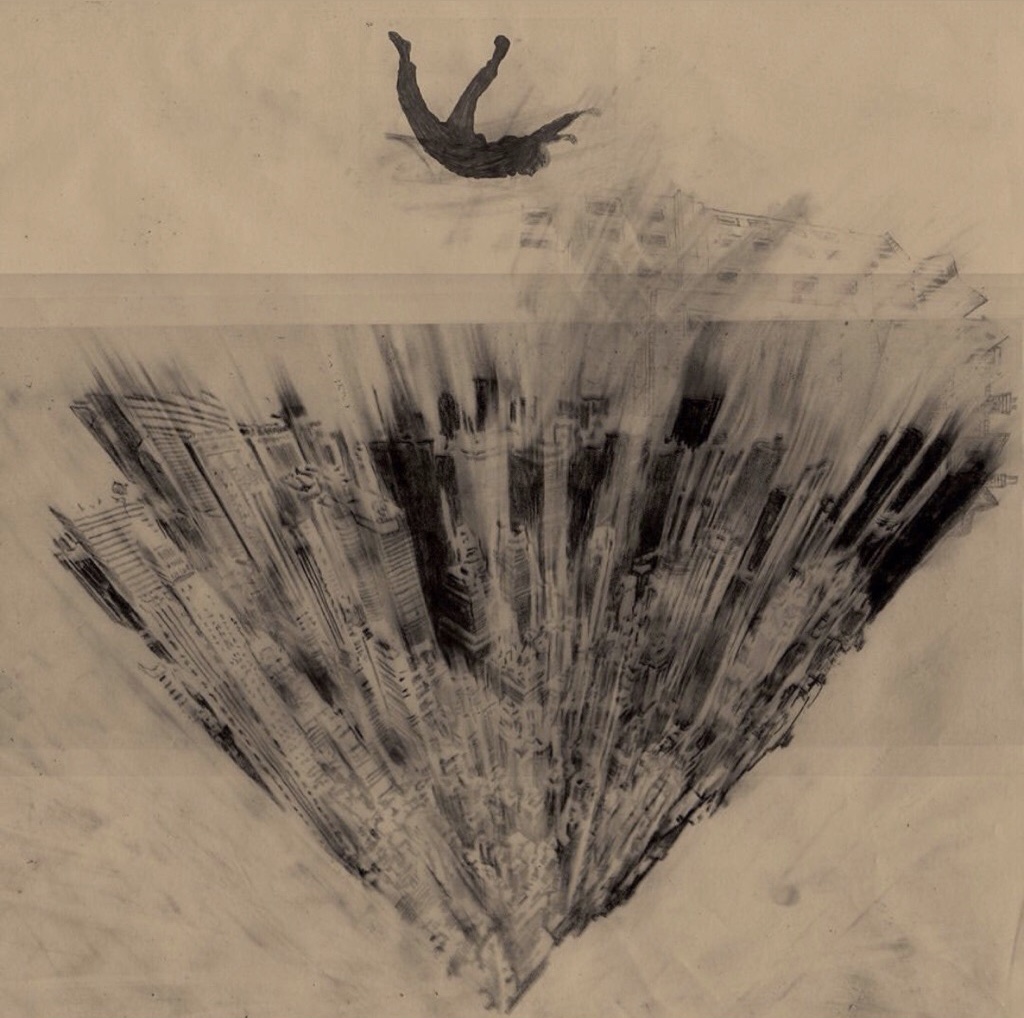 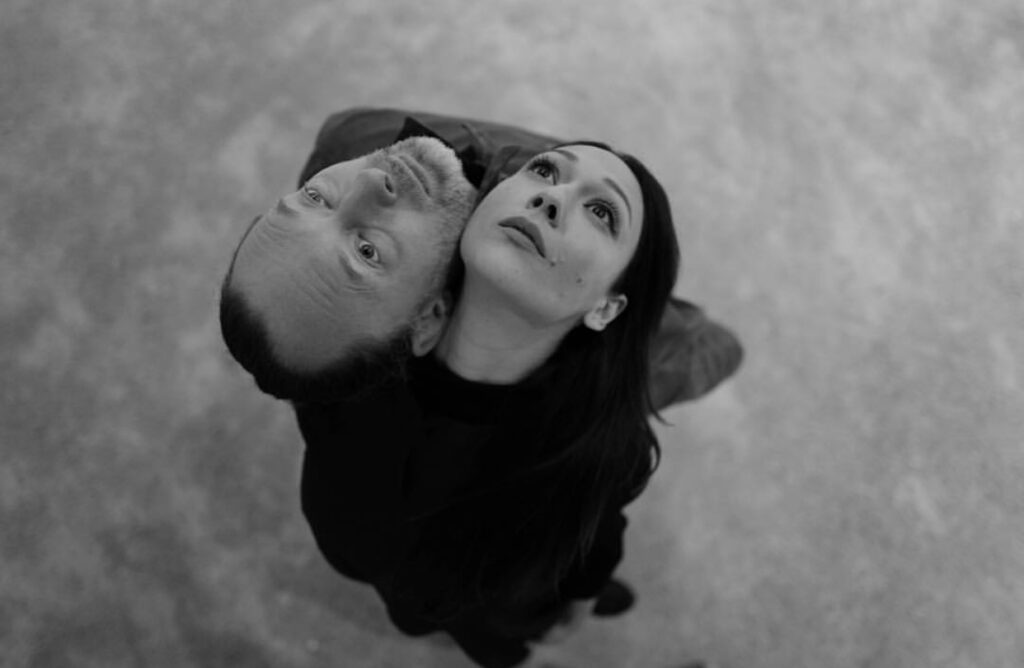 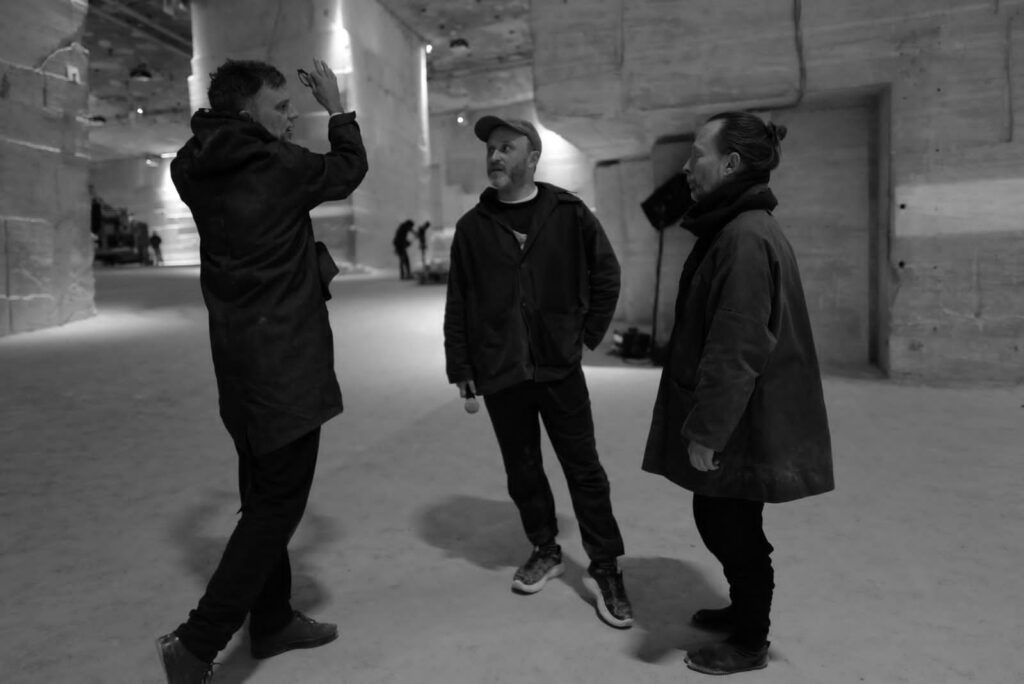 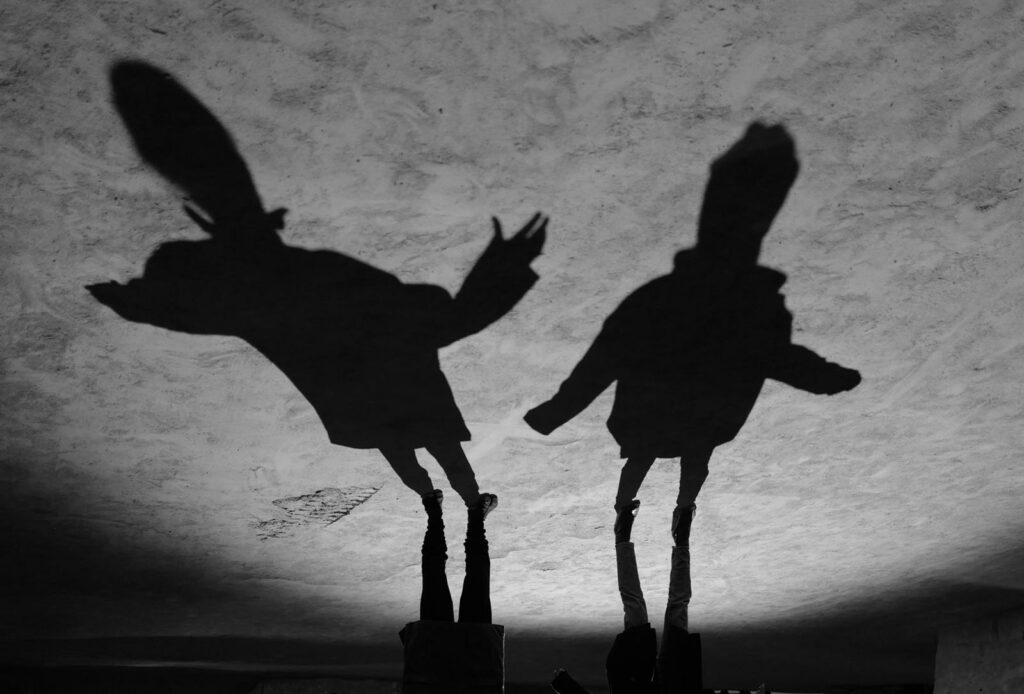 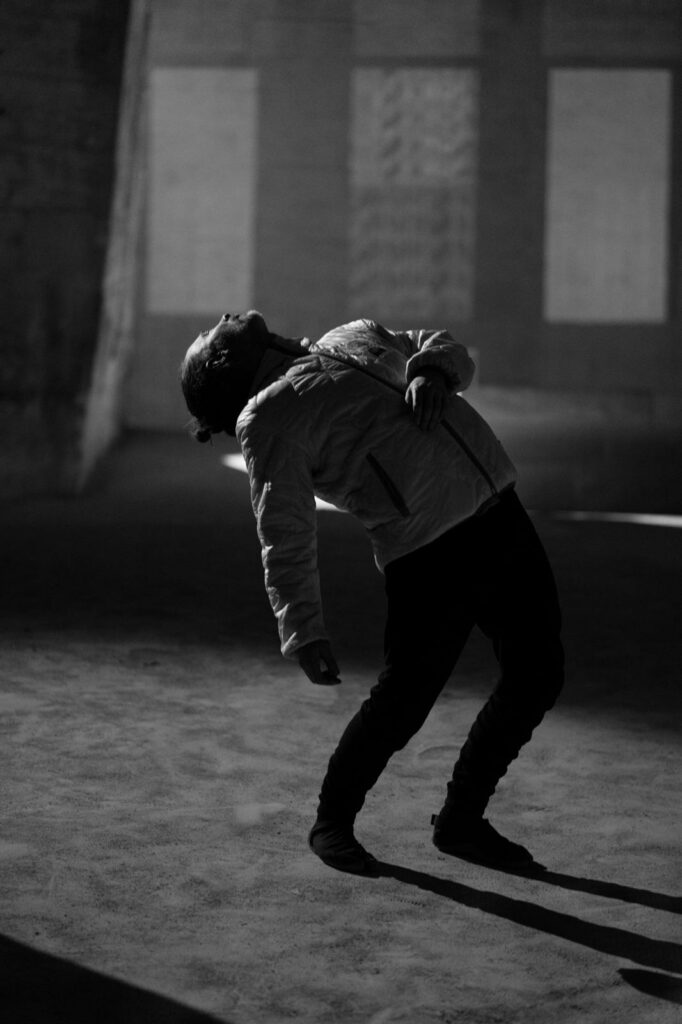 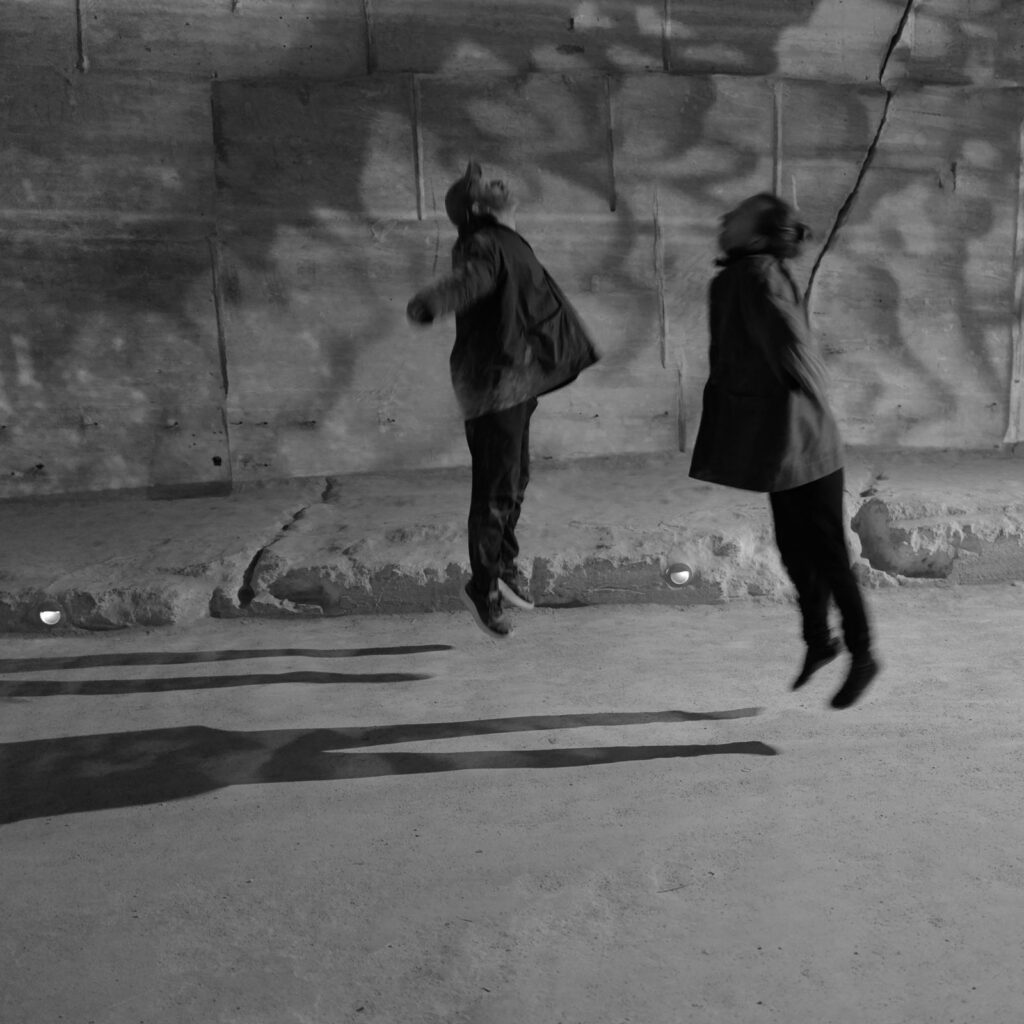 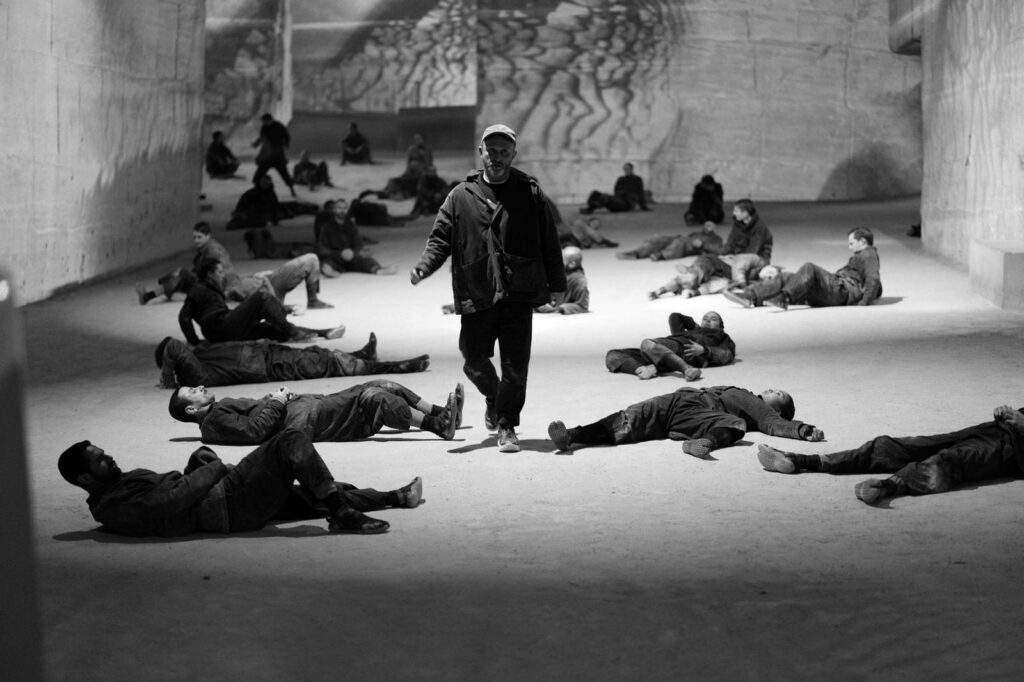 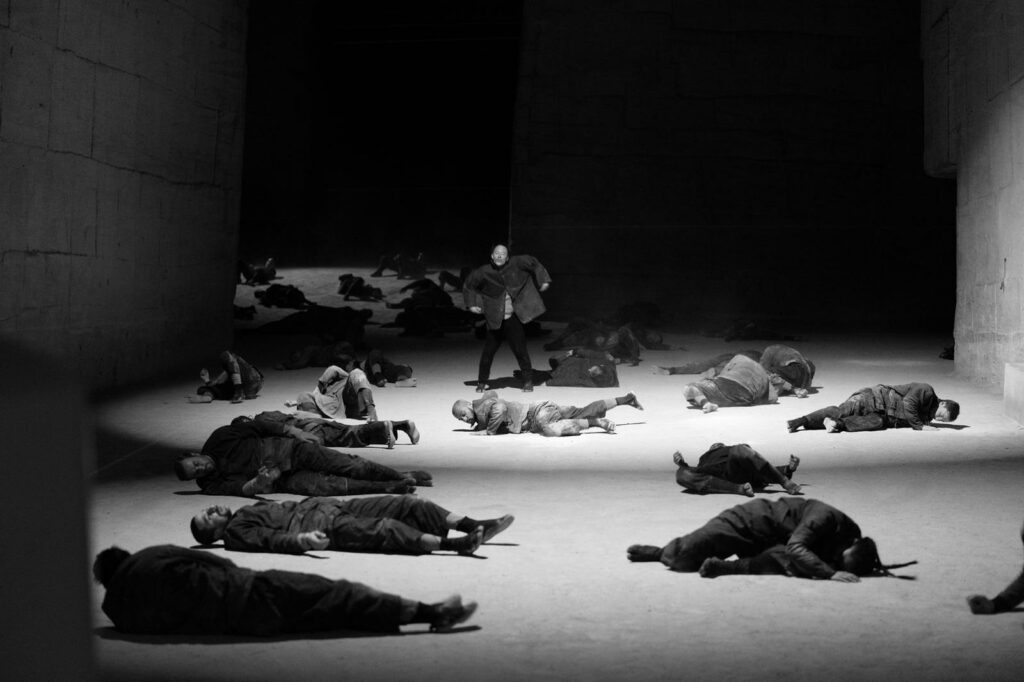 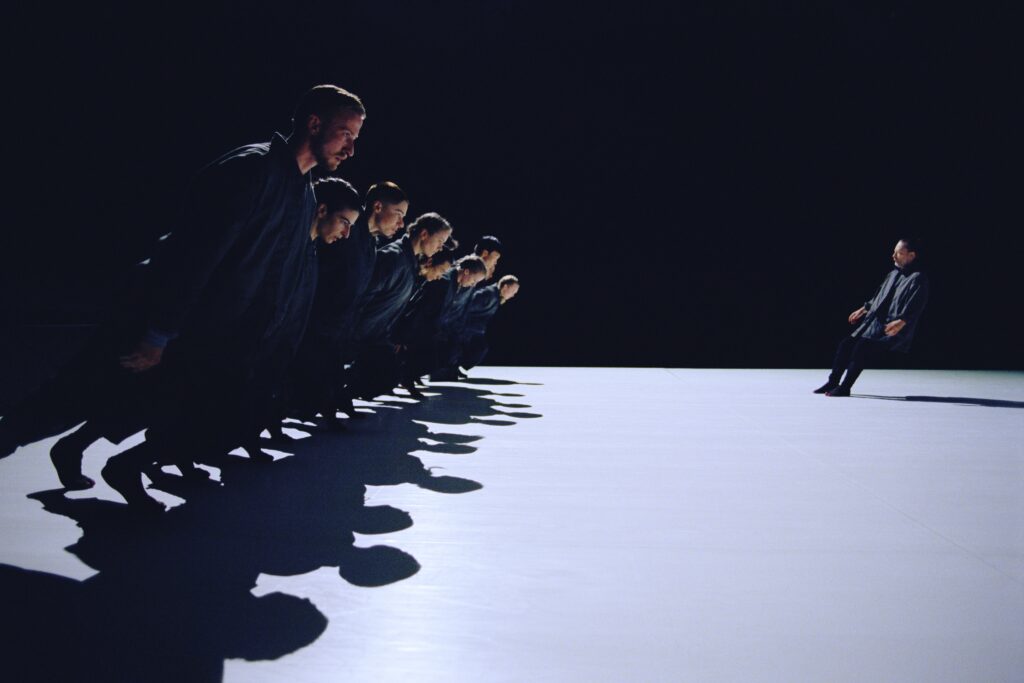 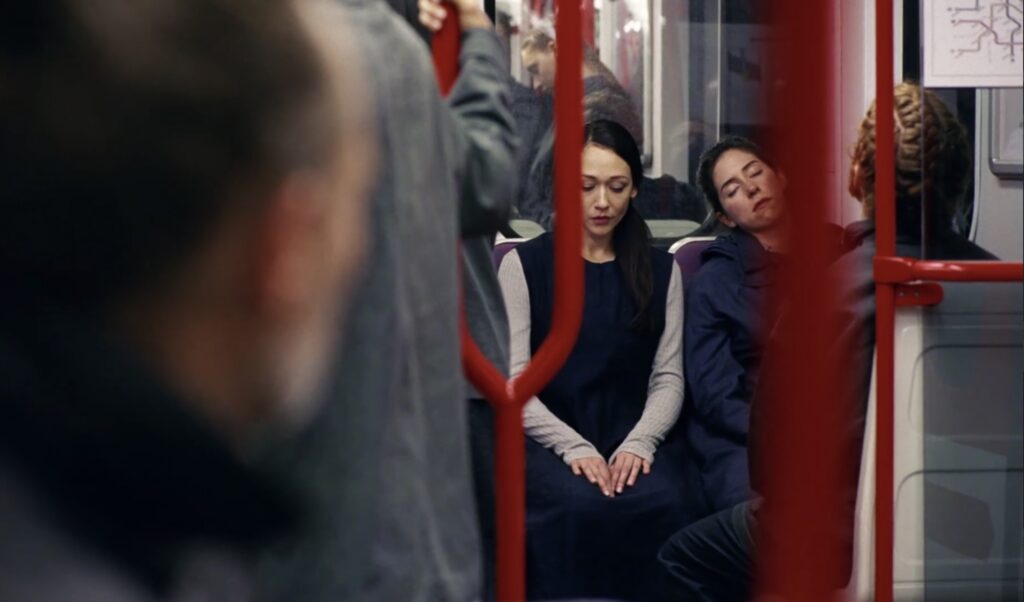 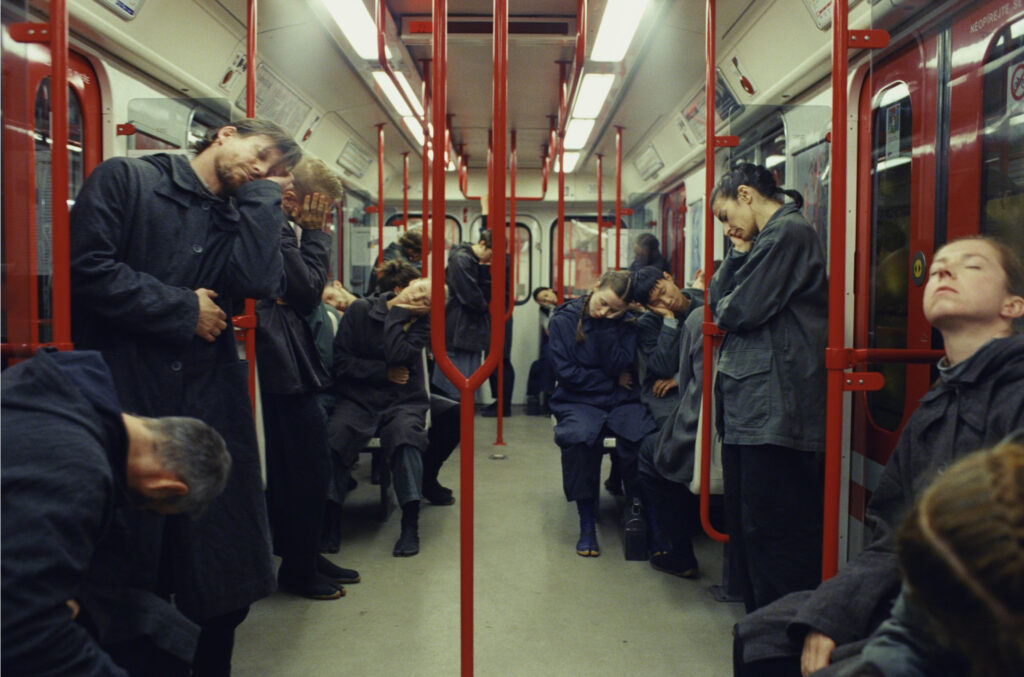 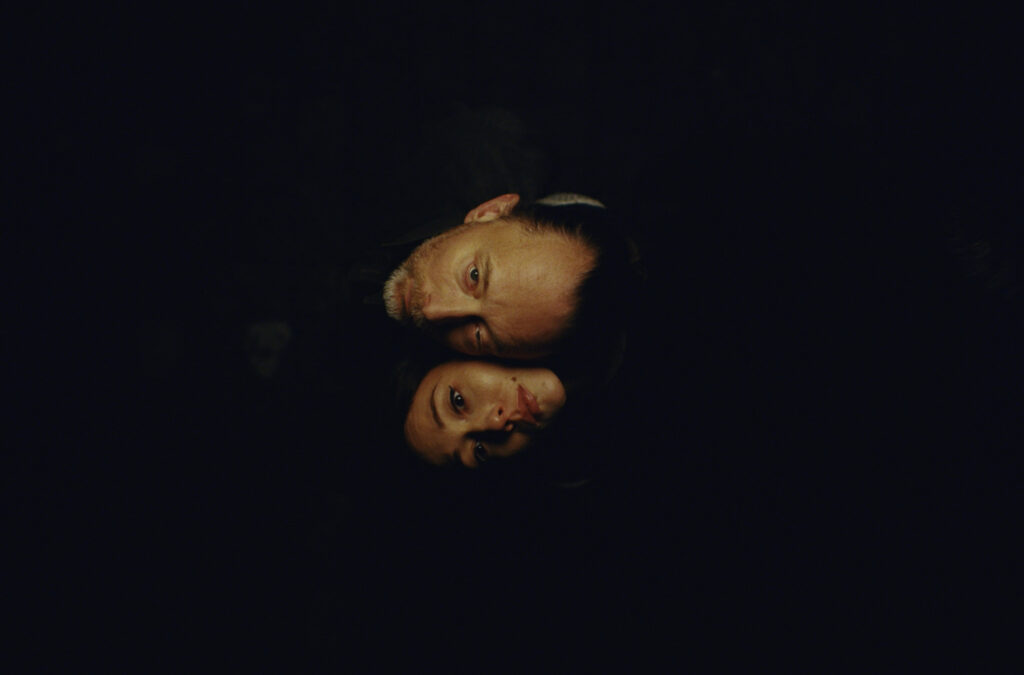 Jalet’s choreography controls the narrative of ANIMA. Music is a background, but the emotive shoulder shrugging on the seats of a train and soulless marching up an escalator make the deepest connections to novels like 1984 and Brave New World.

Exquisitely choreographed by Damien Jalet, the film takes the form of a dream sequence, following Yorke as he follows a woman (played by his partner, Dajana Roncione) along a labyrinthine subterranean course.

Directed by Anderson, music by Yorke, shot by Darius Khondji, with ambitious and brilliant choreography by Damien Jalet—“Anima” is something special.

The fifteen-minute “one-reeler” features three tracks from the album and a dystopian setting that matches the tone of Yorke’s solo work. Paired with his entrancing, moody music is some daringly disarming choreography by Damien Jalet, who is best known for his work on Luca Guadagnino’s spellbinding Suspiria.

The choreography, tailored to dark, dreamy perfection by Damien Jalet

The choreography, by Damien Jalet, is halting and beautiful. Though Yorke is not a trained dancer, he is a convincing physical presence here, pushing against the tides of modernity in both literal and metaphorical ways.

The Belgian-French choreographer Damien Jalet, whose work was of particular importance for the dance film Suspiria, has also provided strong choreographies here, which are both beautiful and meaningful. It’s as if his dancers are portraying a heartbeat. It can hardly get any more persistent than that.